The comparative view of the powers of the magistrates, in two remarkable instances, is alone sufficient to represent the whole system of German manners. The disposal of the landed property within their district was absolutely vested in their hands, and they distributed it every year according to a new division. At the same time, they were not authorised to punish with death, to imprison, or even to strike, a private citizen.

The History of the Decline and Fall of the Roman Empire - Volume the First (ed. 1776) 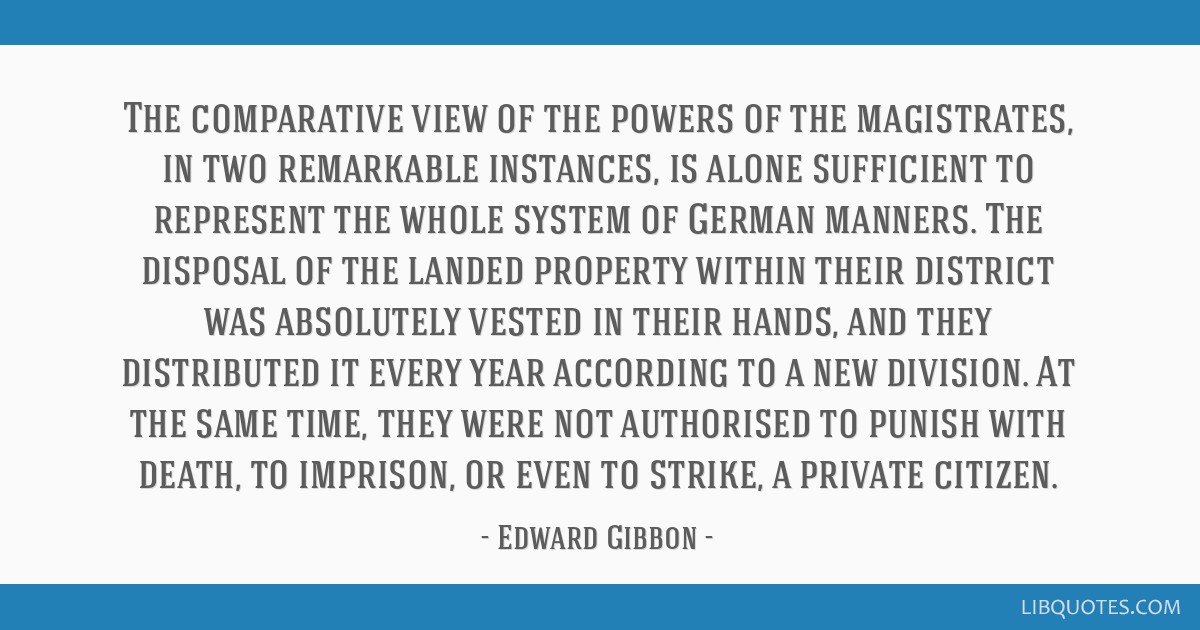 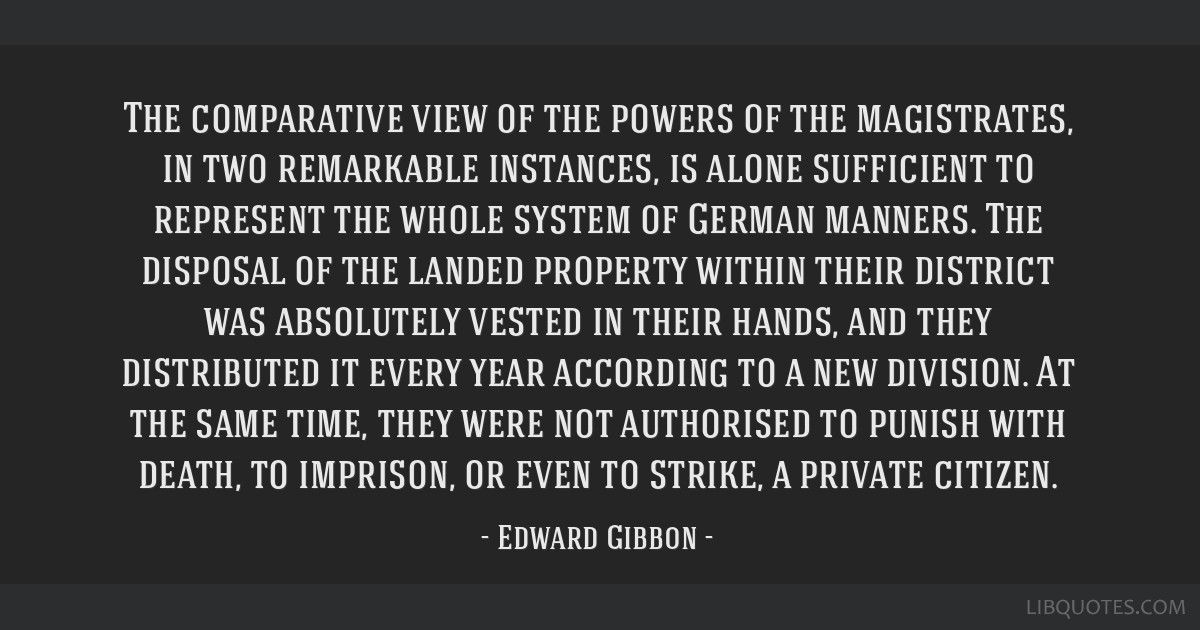 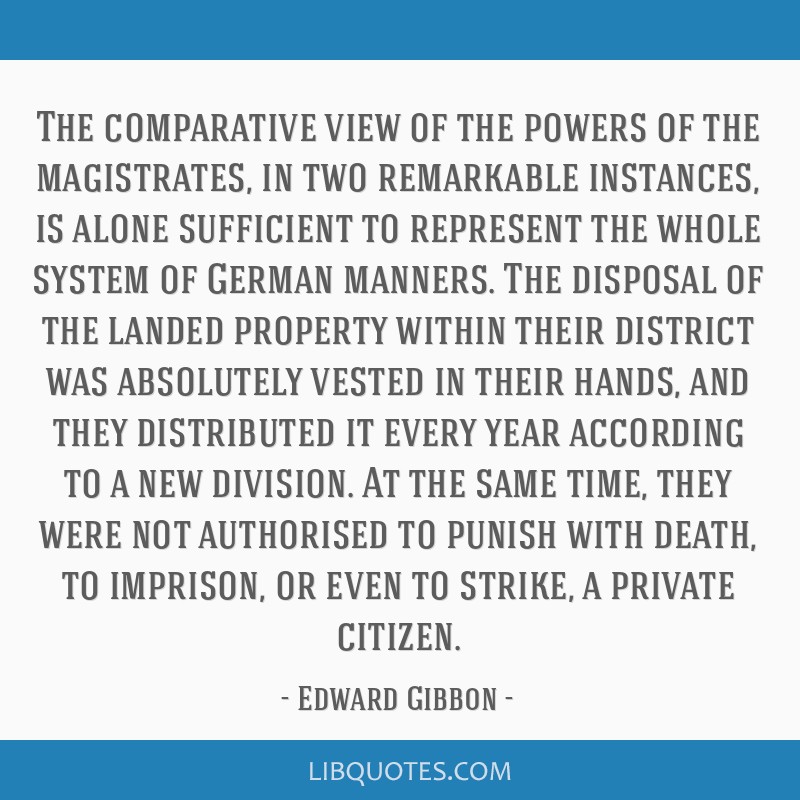 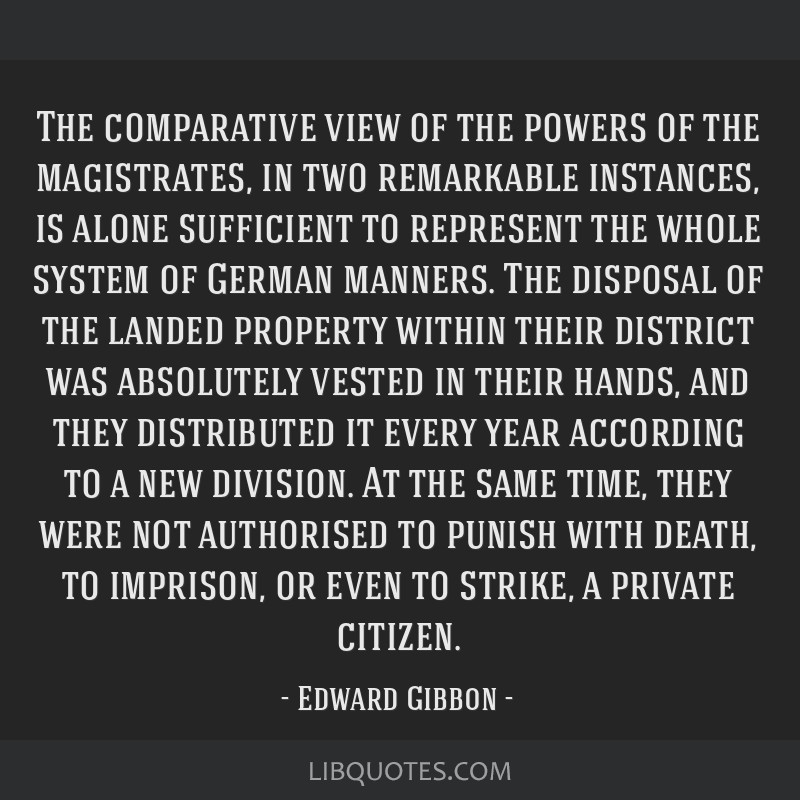 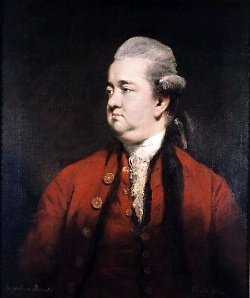