In 1968 Ian Wilson made his final sculpture. Since then, he has explored the idea of oral communication as an art form... Wilson's work is very hard to track down, even in terms of documentation. He has been compared to the Socratic philosophers but if there is a similarity between his practice and theirs, it probably lies mainly in the fact that everything we have from that period of philosophy takes the form of secondary fragments embedded in other texts. Wilson's work functions almost like archaeological or geological evidence: it consists of objects that we examine in order to deduce, from scanty clues, what must have happened. 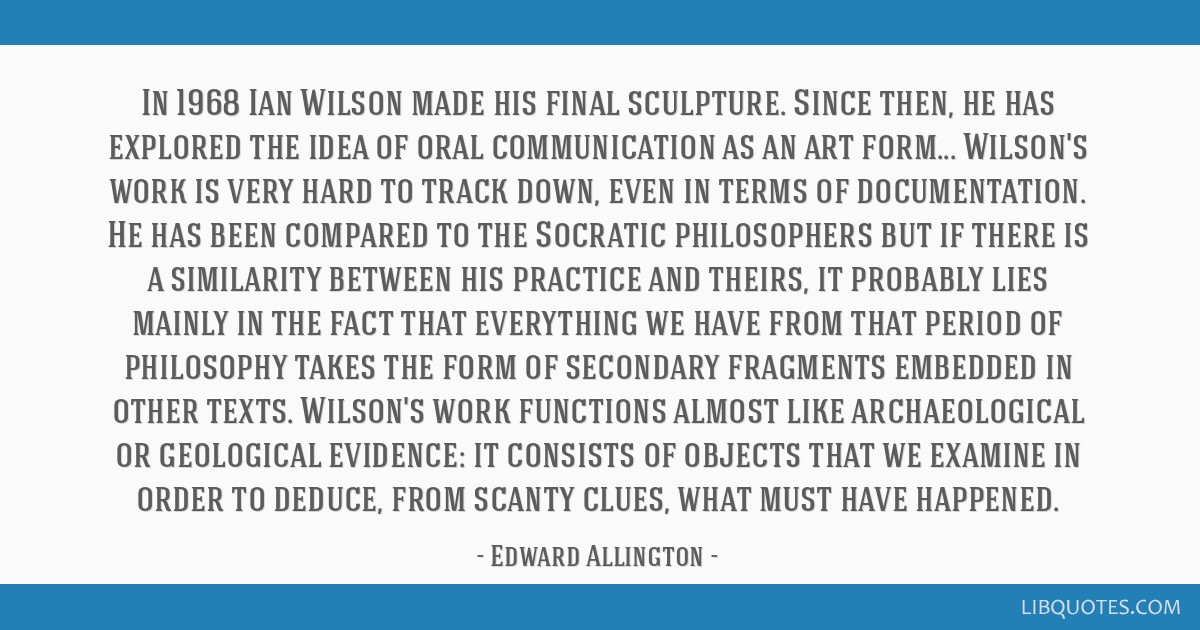 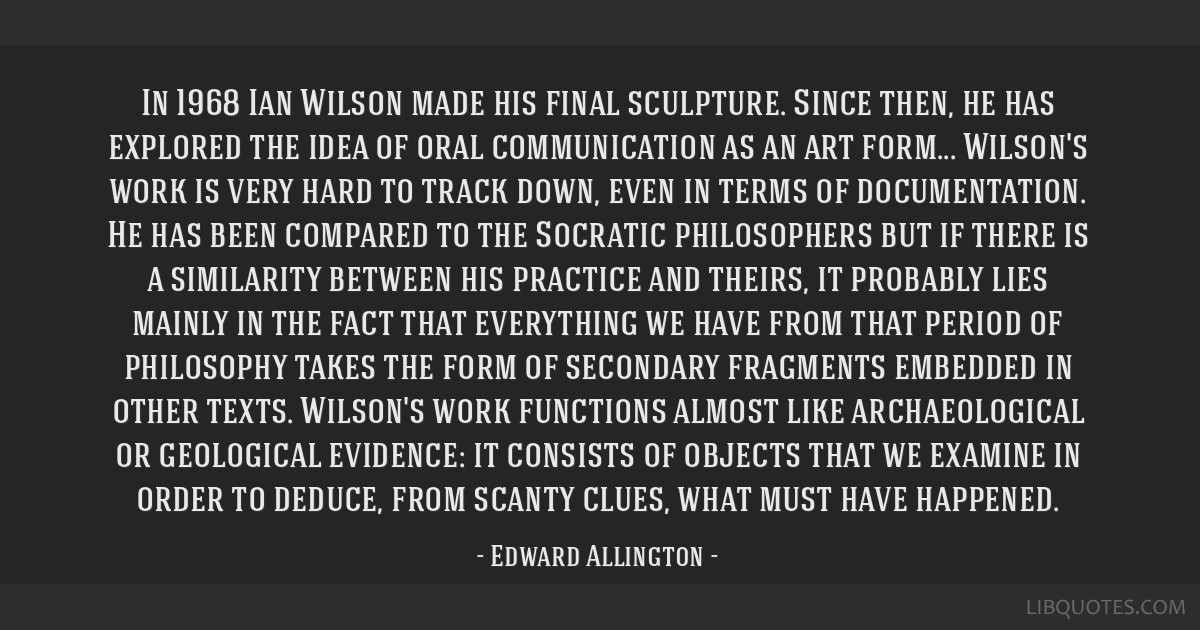 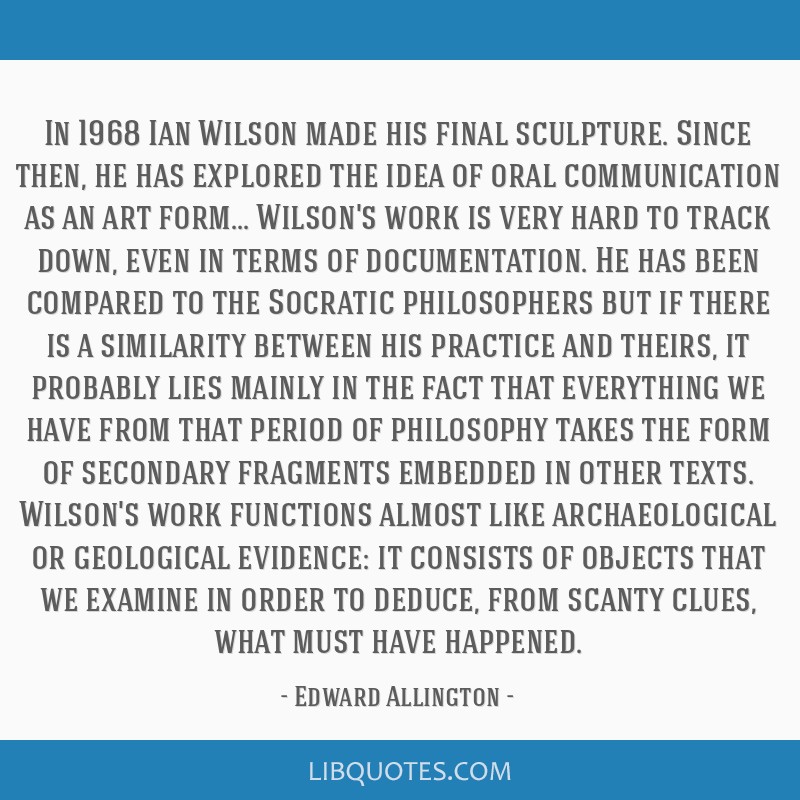 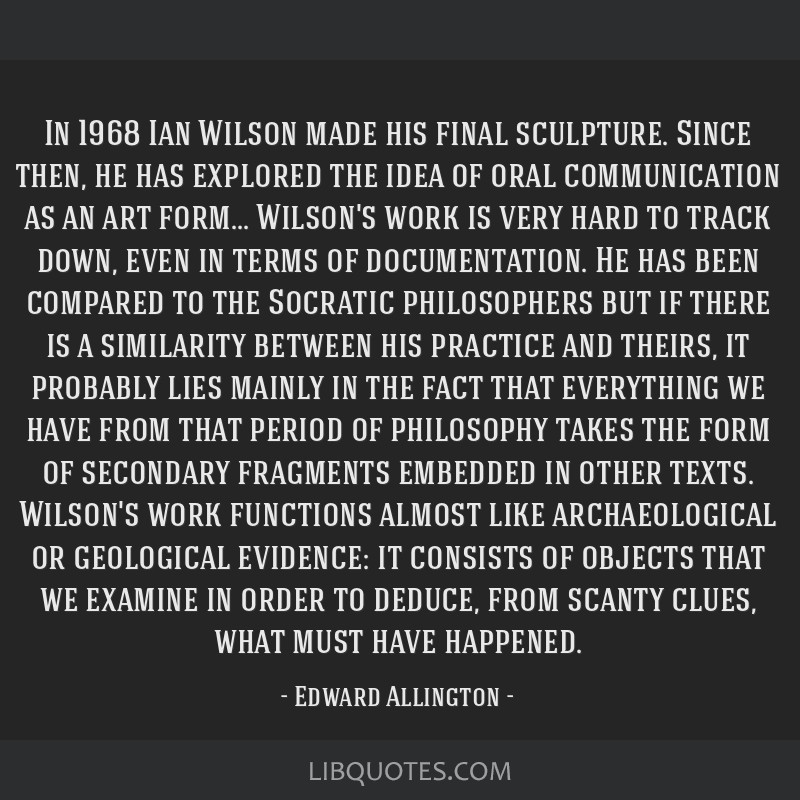