In the late 1950s, experiments such as the cybernetic sculptures of Nicolas Schöffer or the programmatic music compositions of John Cage and Iannis Xenakis transposed systems theory from the sciences to the arts. By the 1960s, artists as diverse as Roy Ascott, Hans Haacke, Robert Morris, Sonia Sheridan, and Stephen Willats were breaking with accepted aesthetics to embrace open systems that emphasized organism over mechanism, dynamic processes of interaction among elements, and the observer's role as an inextricable part of the system. Jack Burnham's 1968 Artforum essay Systems Aesthetics and his 1970 Software exhibition marked the high point of systems-based art until its resurgence in the changed conditions of the twenty-first century. 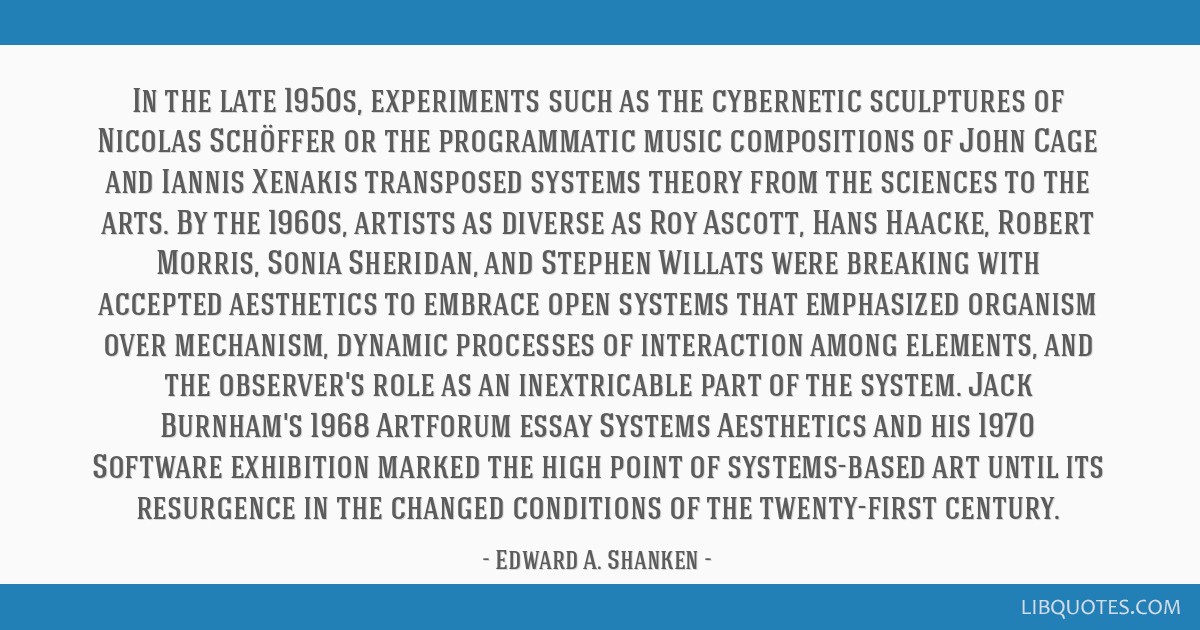 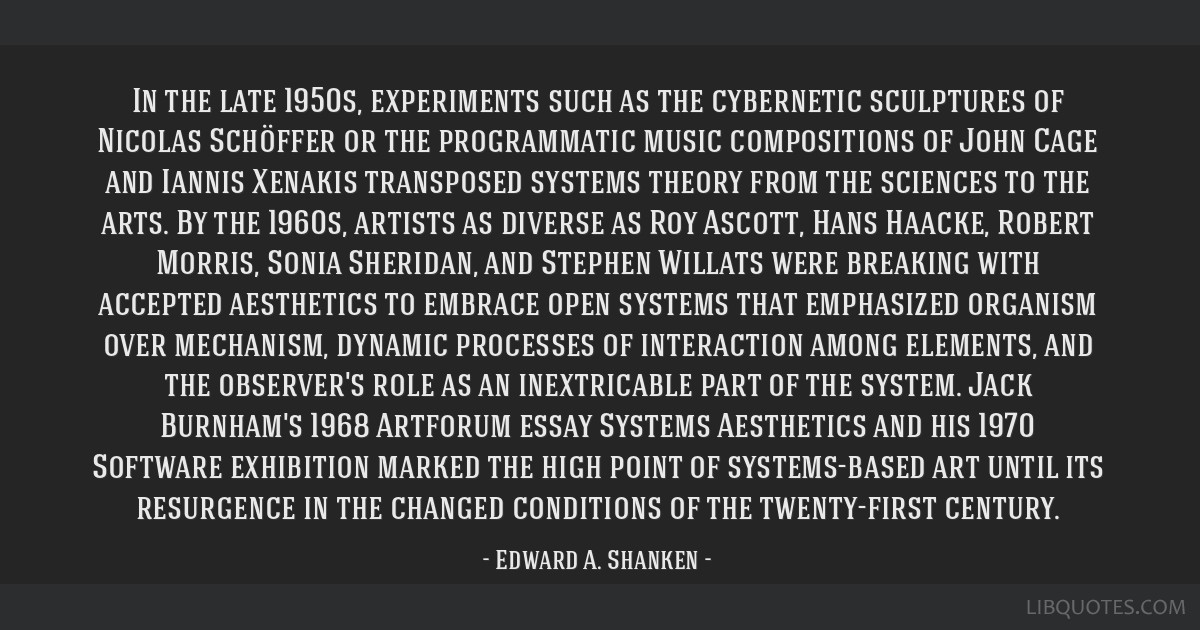