Grey dawn was seeping into the sick room [around Christmas 1867, Munch was almost dying then and spitting blood when he was 13; but he recovered]. I lay in the middle of the bed with my hands outside the bedclothes, looking straight ahead. Now I was in a pact with God. I had promised to serve him if I survived, if he allowed me to escape the tuberculosis. Now I could never be as before. 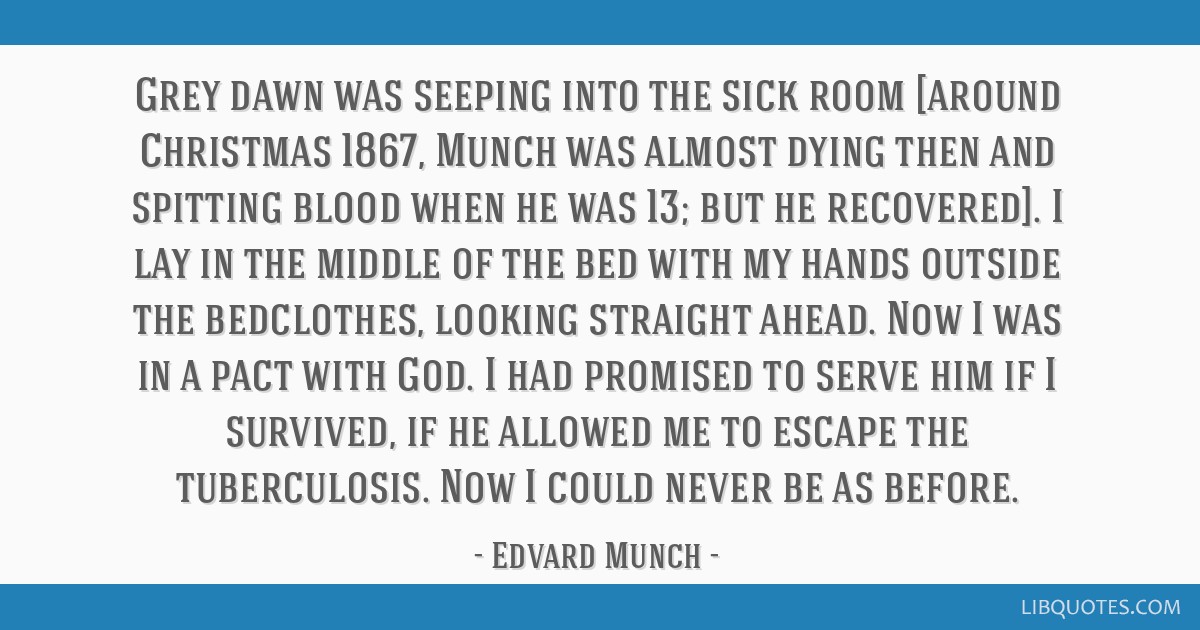 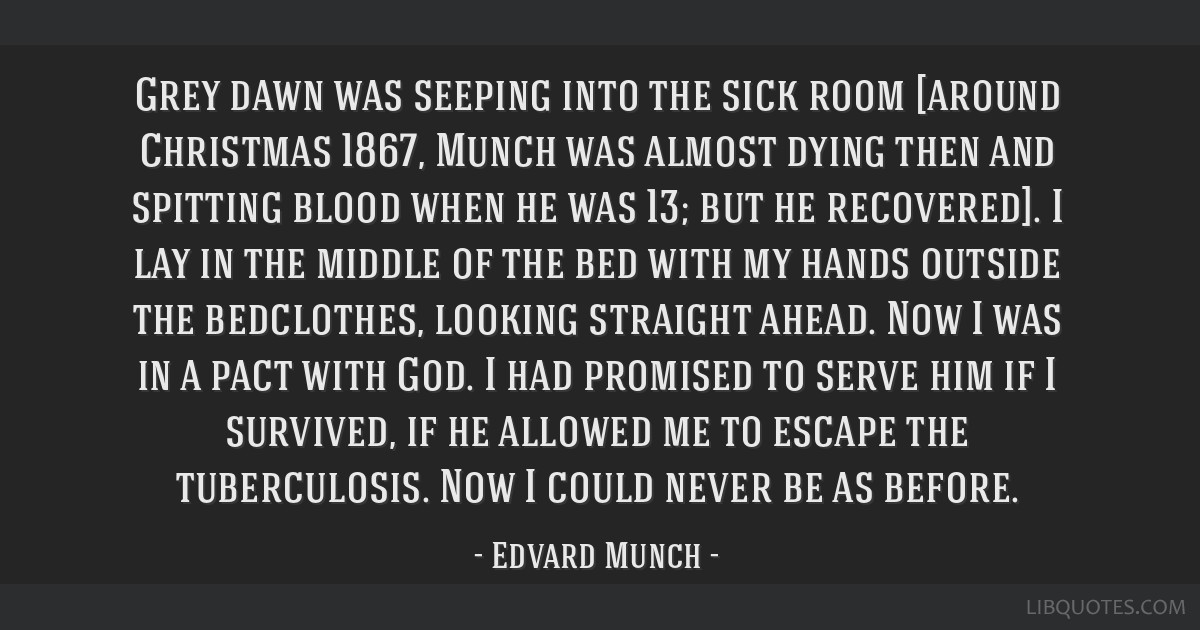 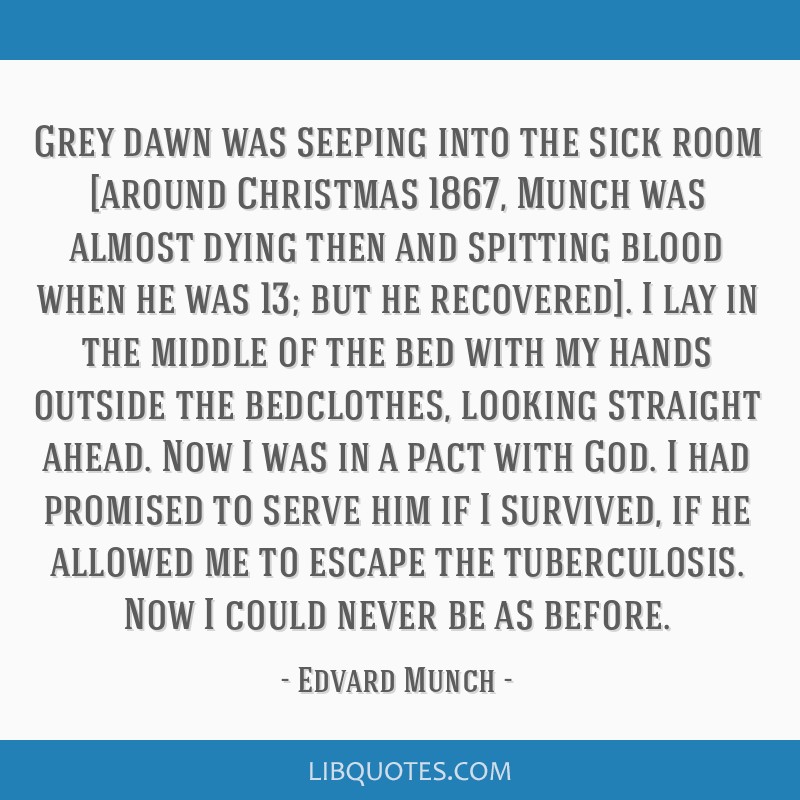 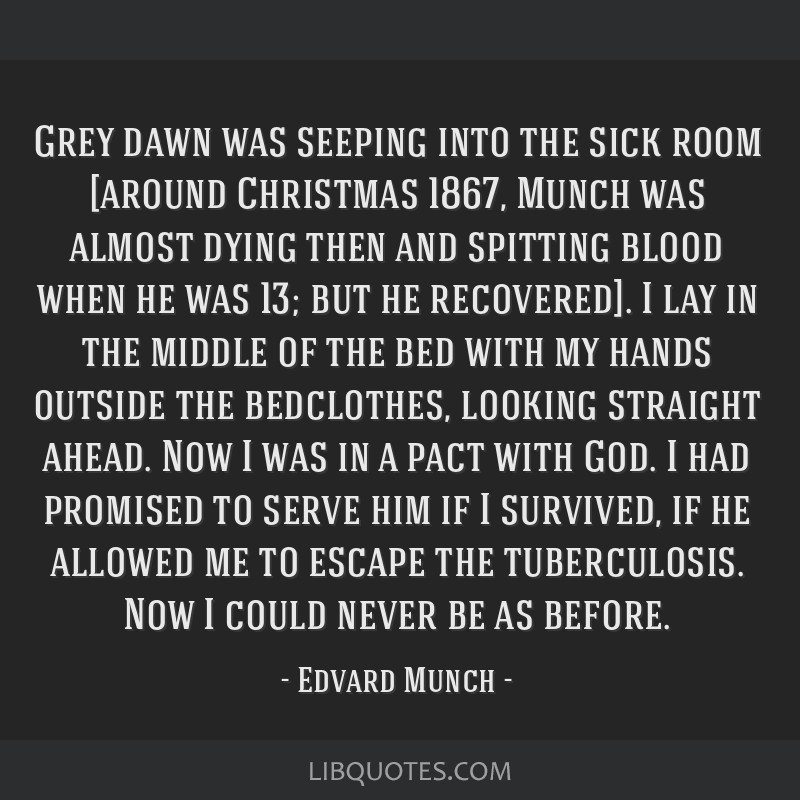 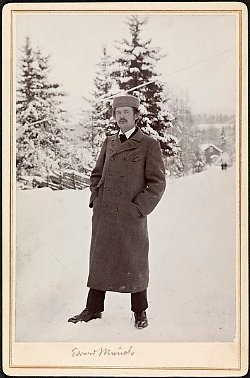