It is pointed out convincingly by George Sarton in The Life of Science that the development of science, as contrasted with that of art, is cumulative and progressive. Every scientist is educated in the current knowledge of his age and, making use of all he has learned, attempts to add something of his own to the existing body of knowledge. For this reason it is essentially impossible to isolate his personal achievements from the total pattern of scientific development. It follows that one cannot write the scientific life story of an isolated scholar, but only the history of the branches of science in which he participated. 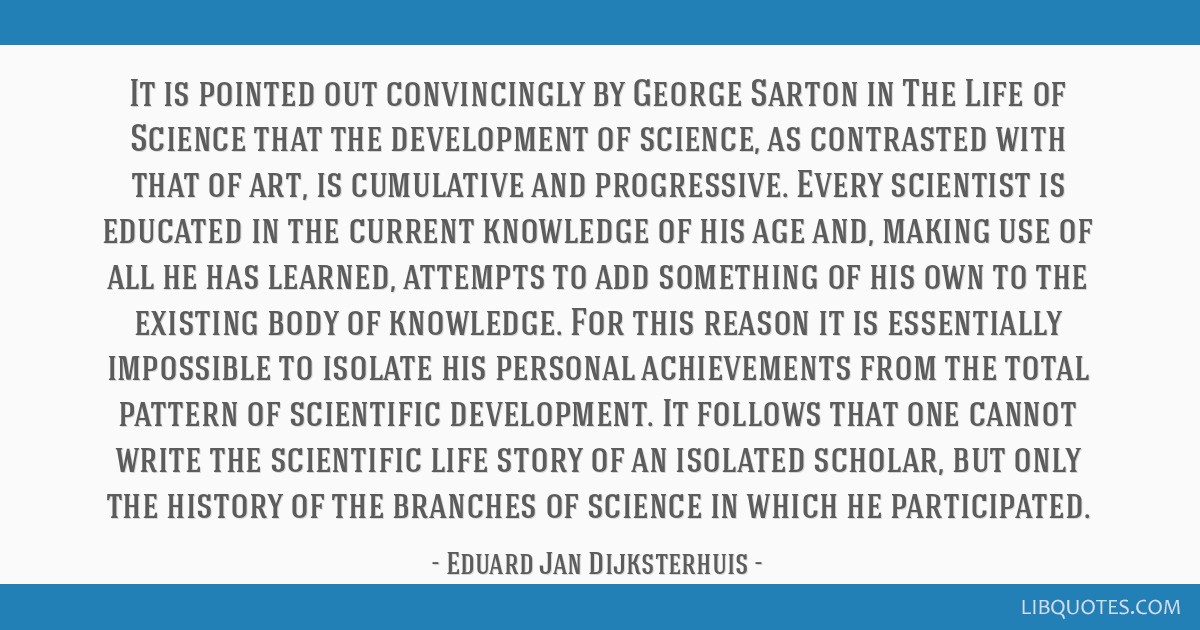 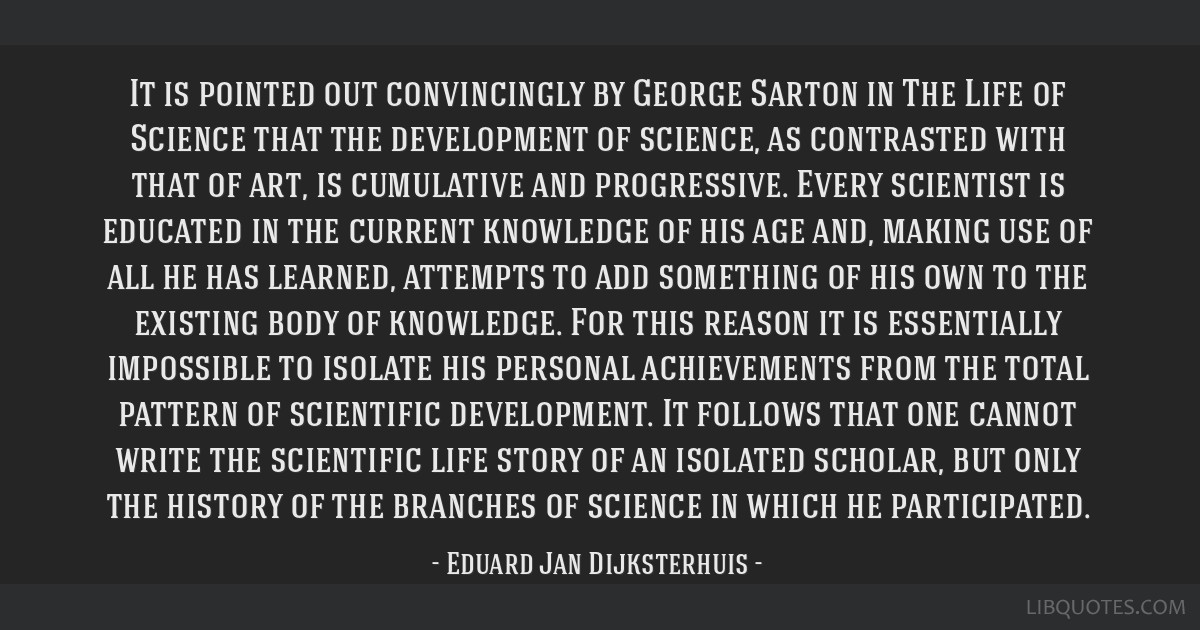 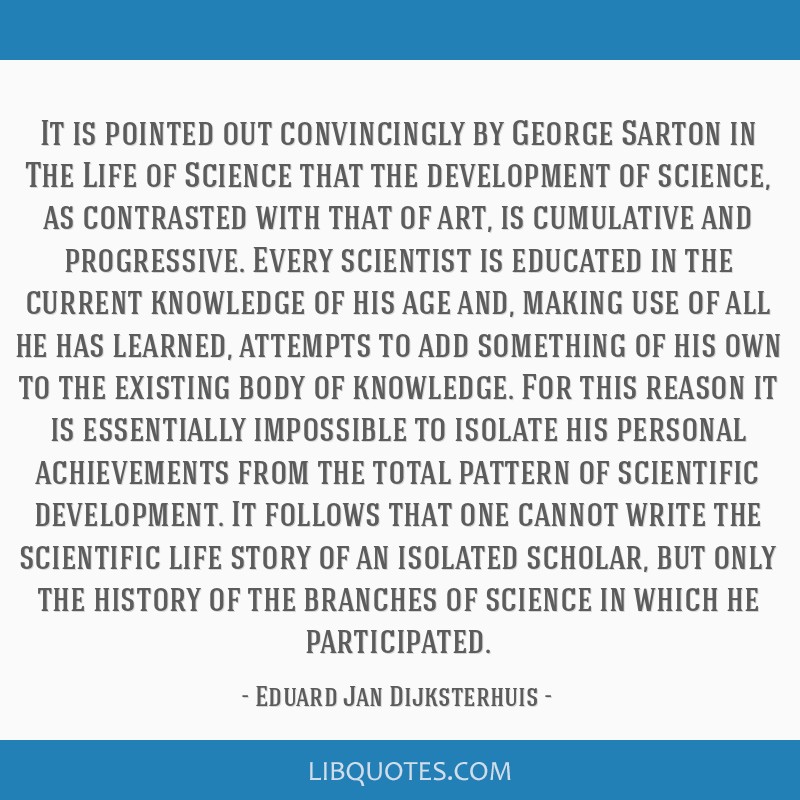 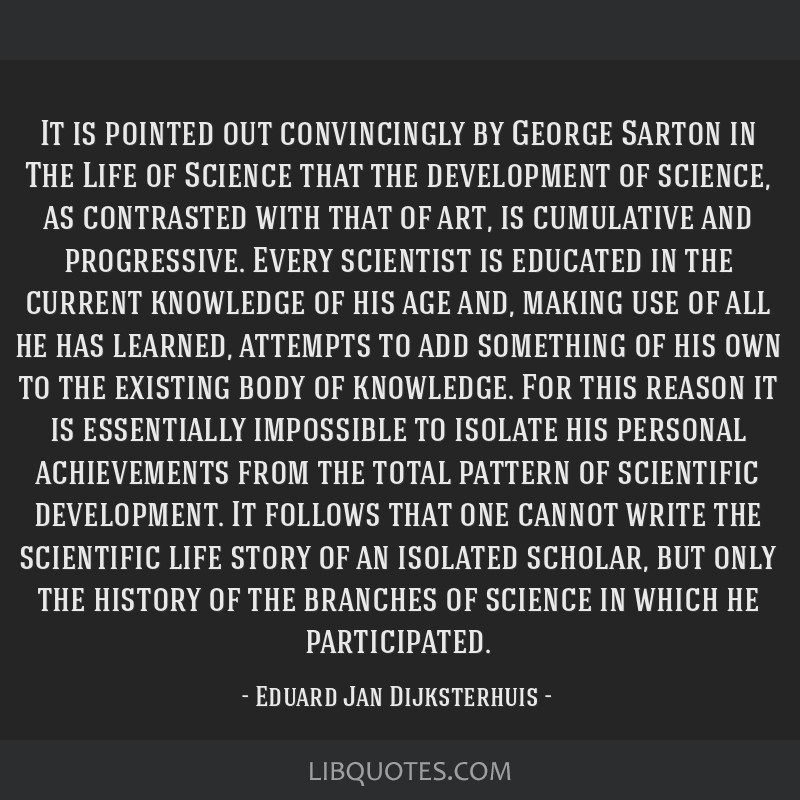