There was an ancient Roman lawyer, of great fame in the history of Roman jurisprudence, whom they called Cui Bono, from his having first introduced into judicial proceedings the argument, "What end or object could the party have had in the act with which he is accused." 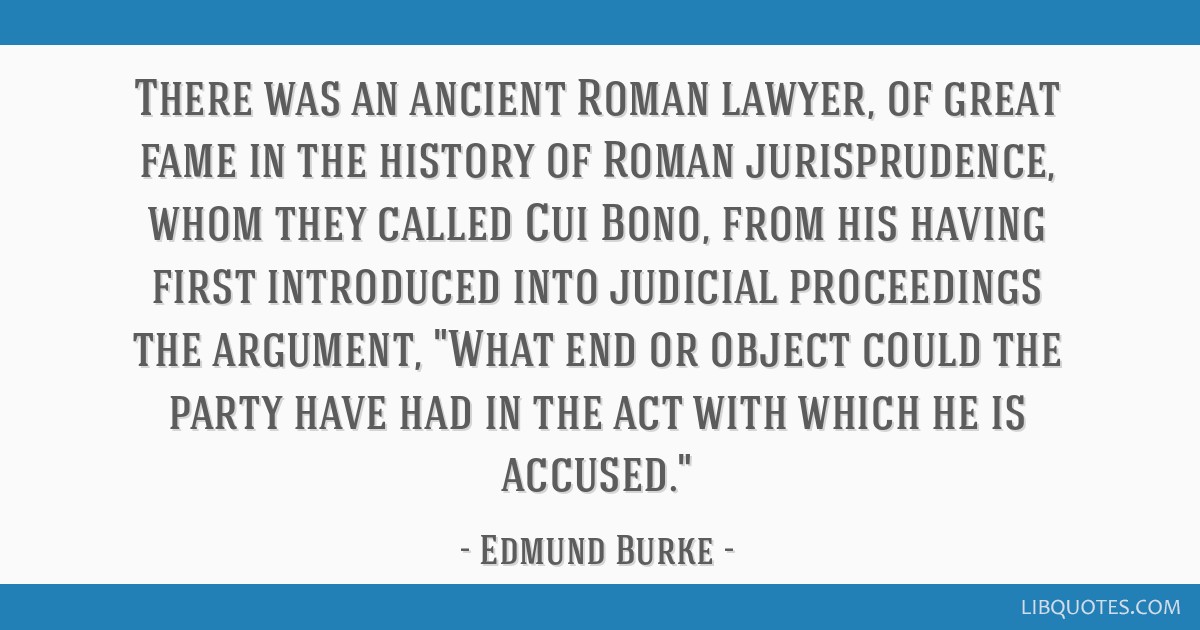 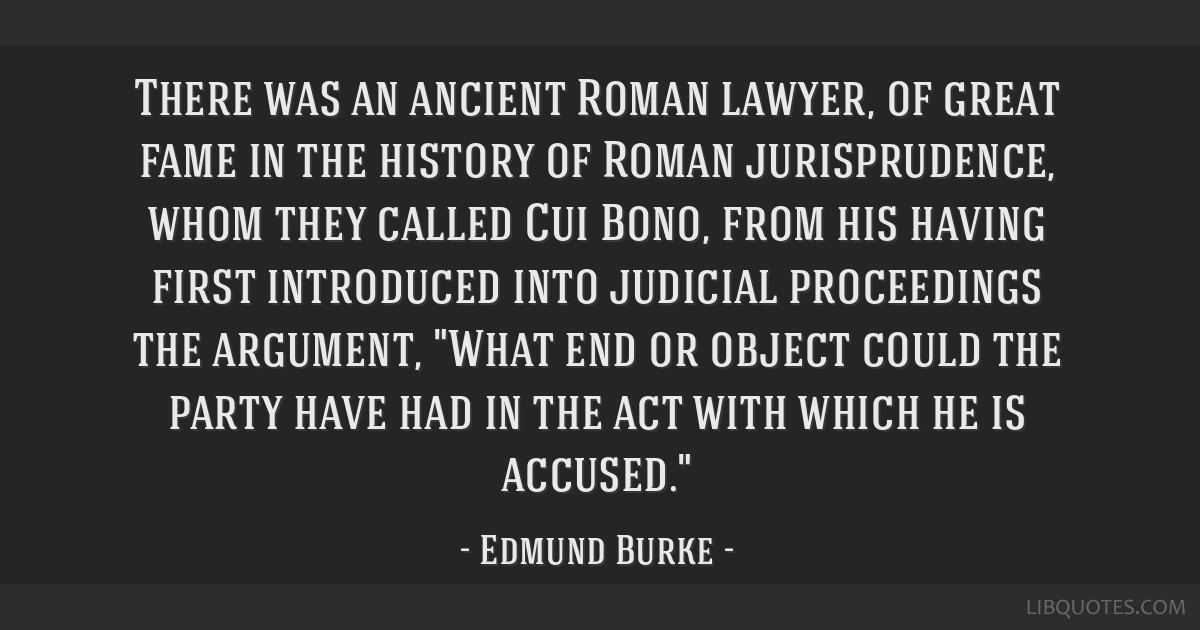 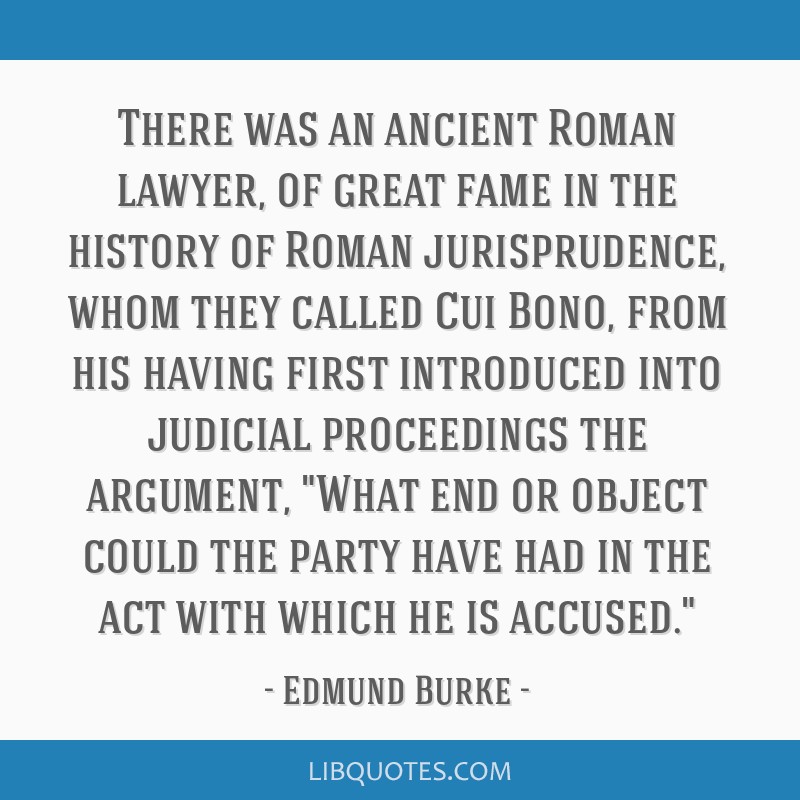 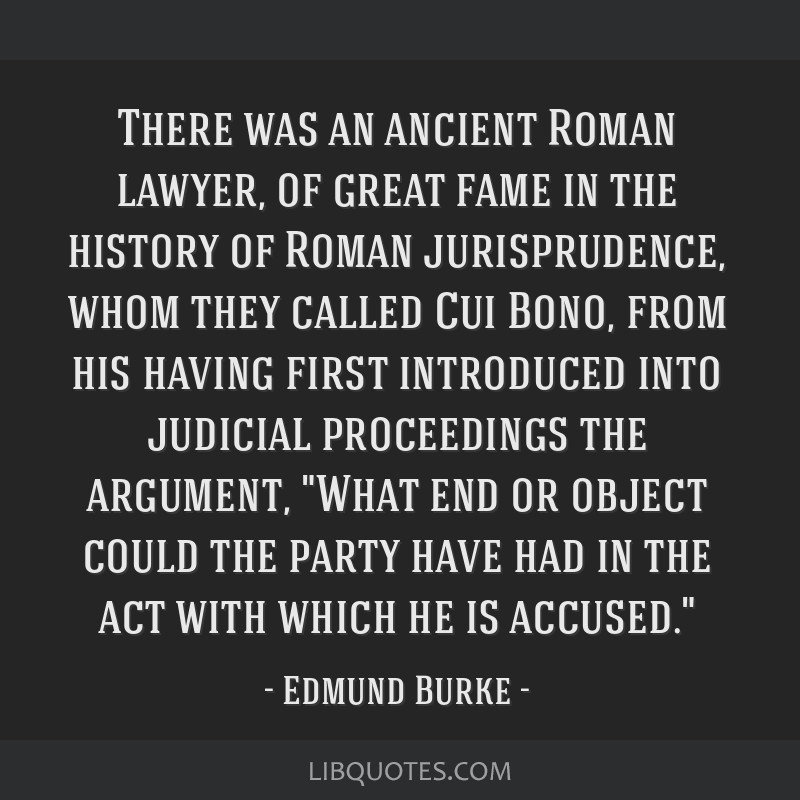 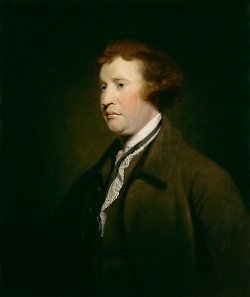