On the fifth day following the murder of the ship's officers, land was sighted by the lookout. Whether island or mainland, Black Michael did not know, but he announced to Clayton that if investigation showed that the place was habitable he and Lady Greystoke were to be put ashore with their belongings. 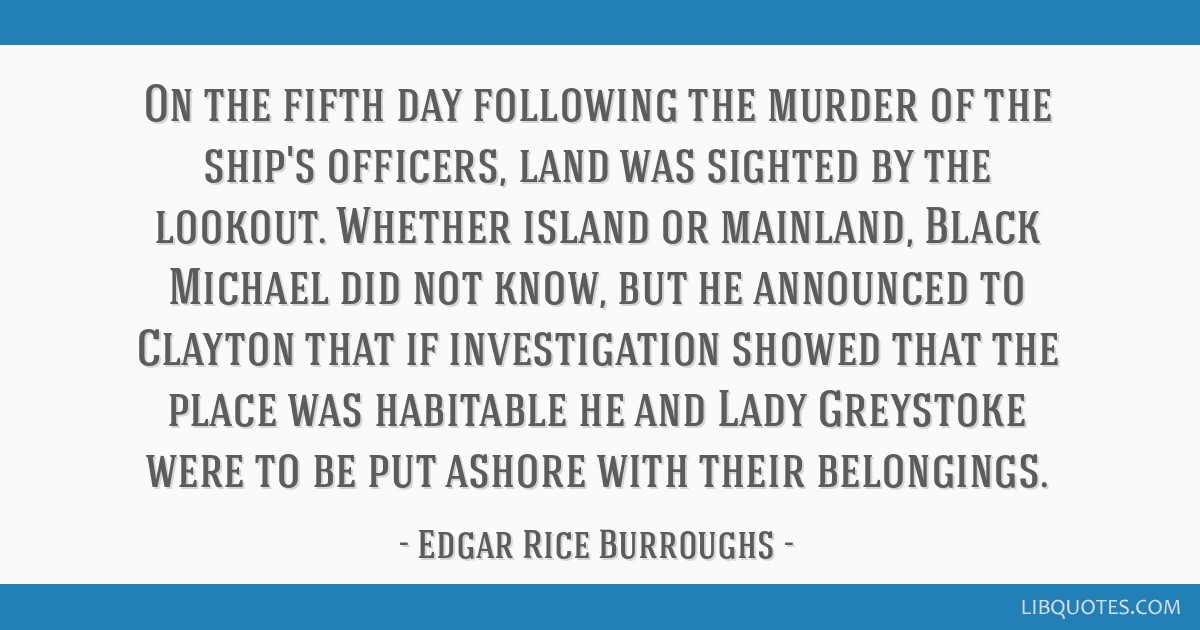 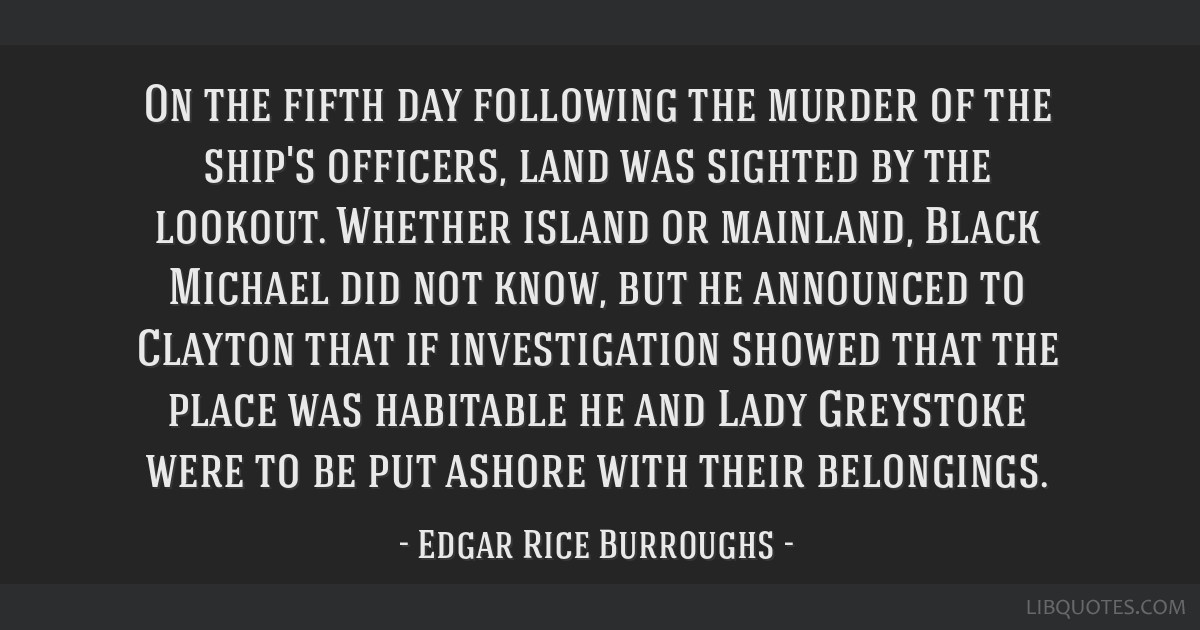 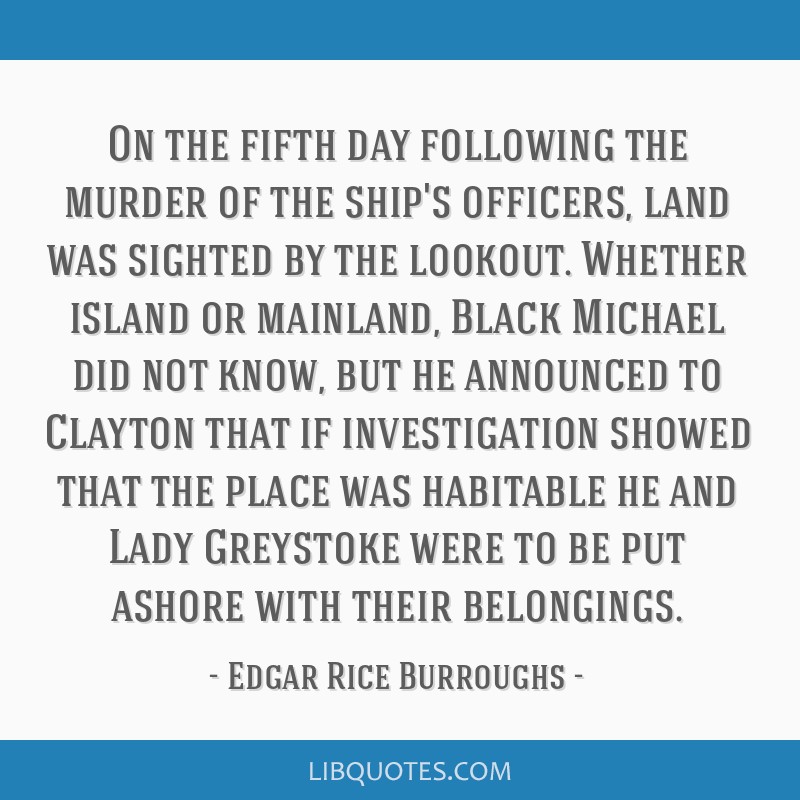 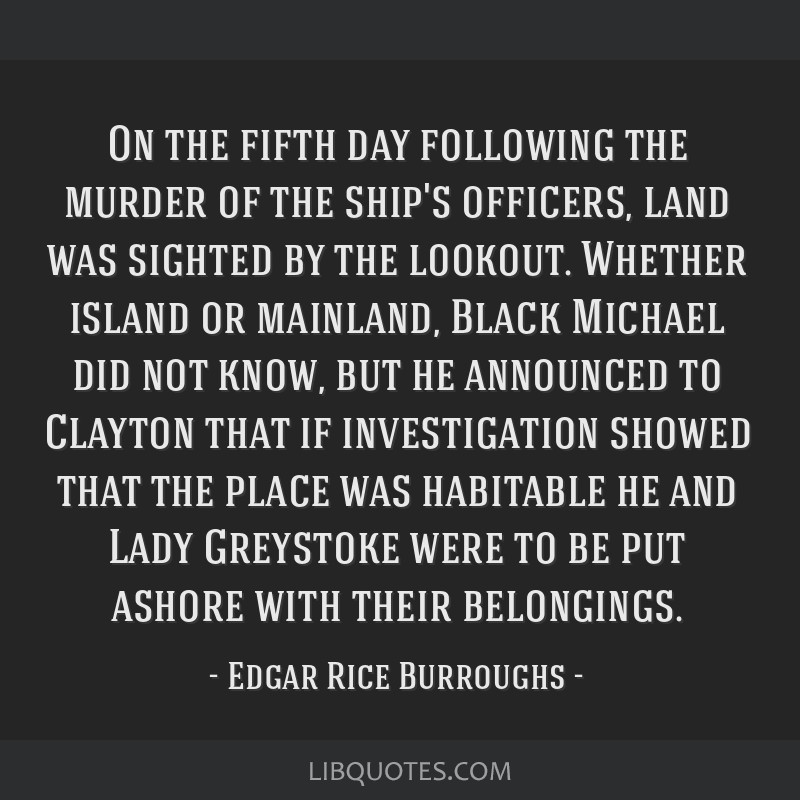 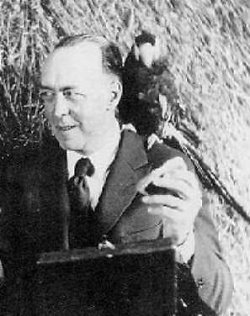