Philosophers have often held dispute As to the seat of thought in man and brute For that the power of thought attends the latter My friend, thy beau, hath made a settled matter, And spite of dogmas current in all ages, One settled fact is better than ten sages. (O, Tempora! O, Mores!) 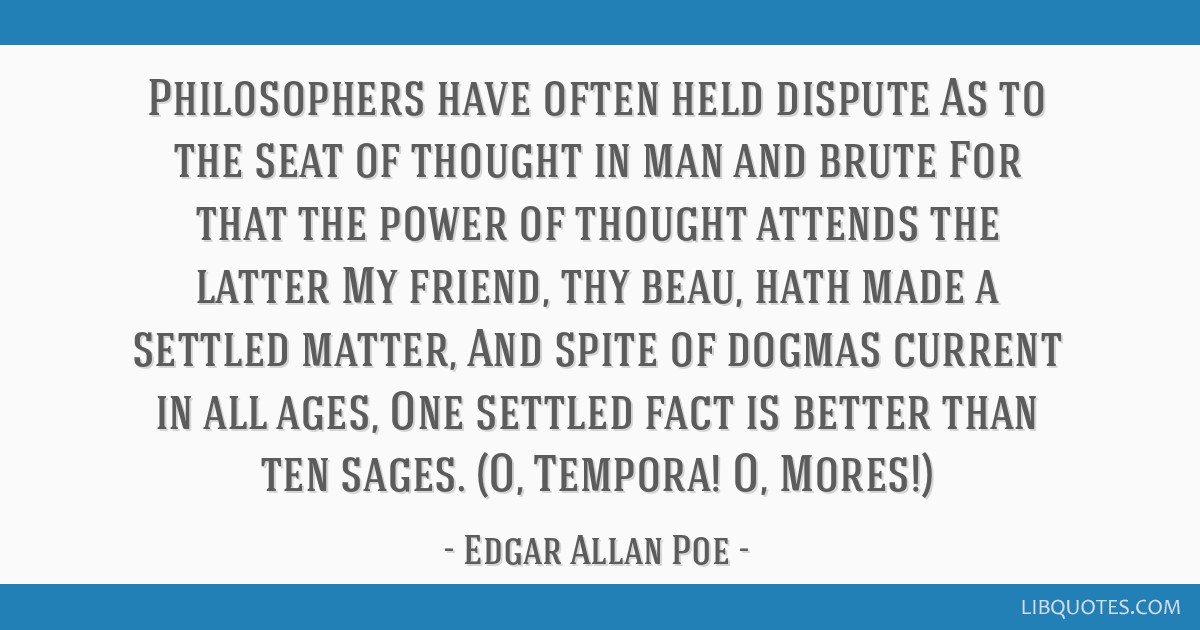 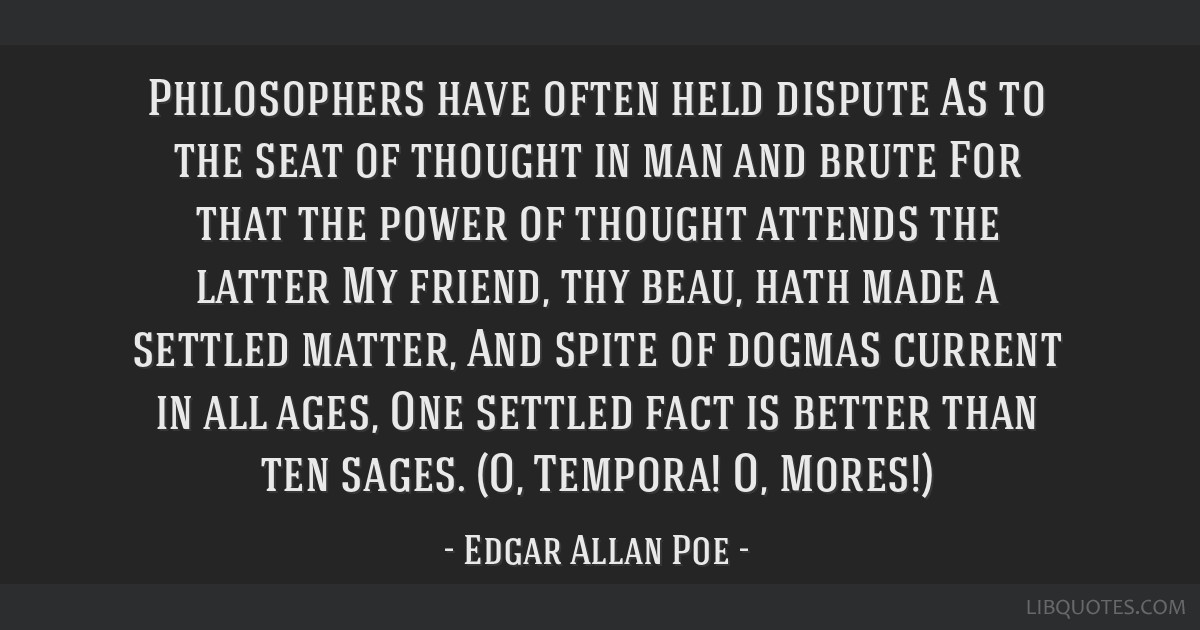 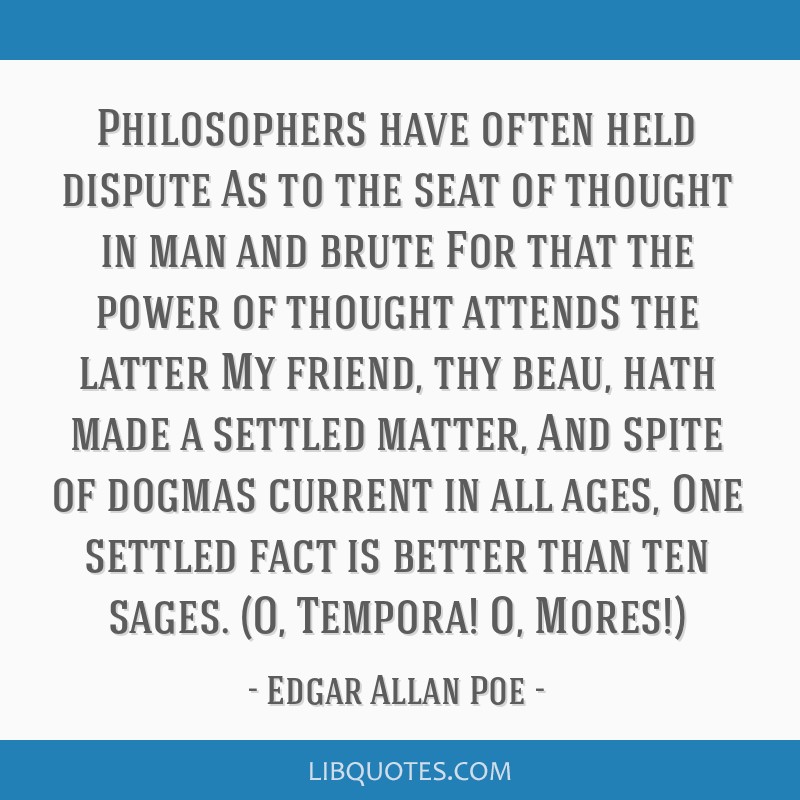 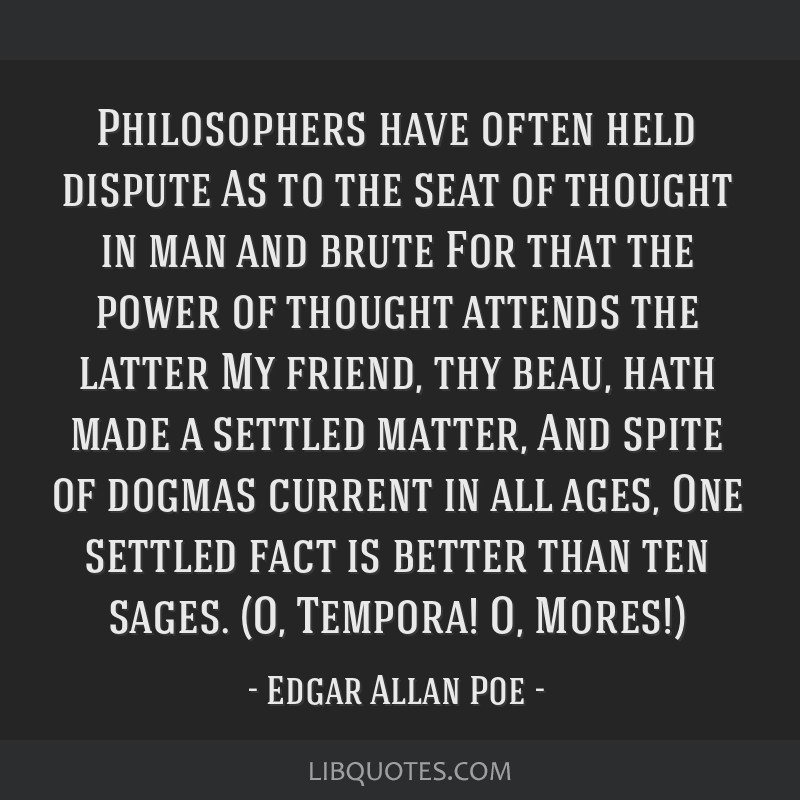 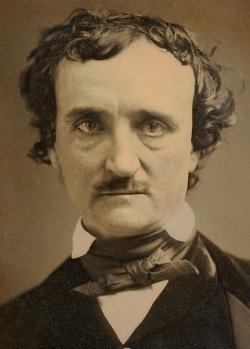