The excitement I underwent before the bout was something I'll never forget. For a week I trained extra hard. I ran extra long distances. Every night when I went to bed I dreamed I was fighting. It was so clear – I would be going at it hot and heavy, then I would bring over a right hand and he would go down, the fight was over. Then the fight began. Here all the nervousness went out of me. I was doing what I wanted to do. It all seemed like something I had done many times before. And you know what? In the third round, just as I dreamed, I hit him with a hard right hand. Down he went and he didn't get up. I had knocked him out. 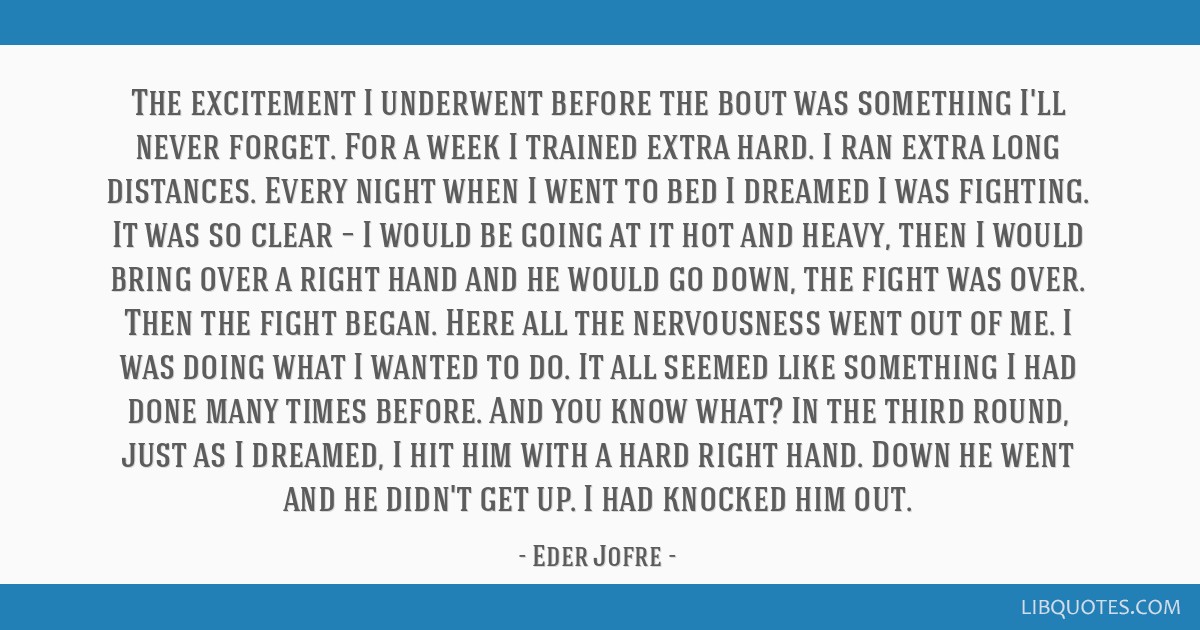 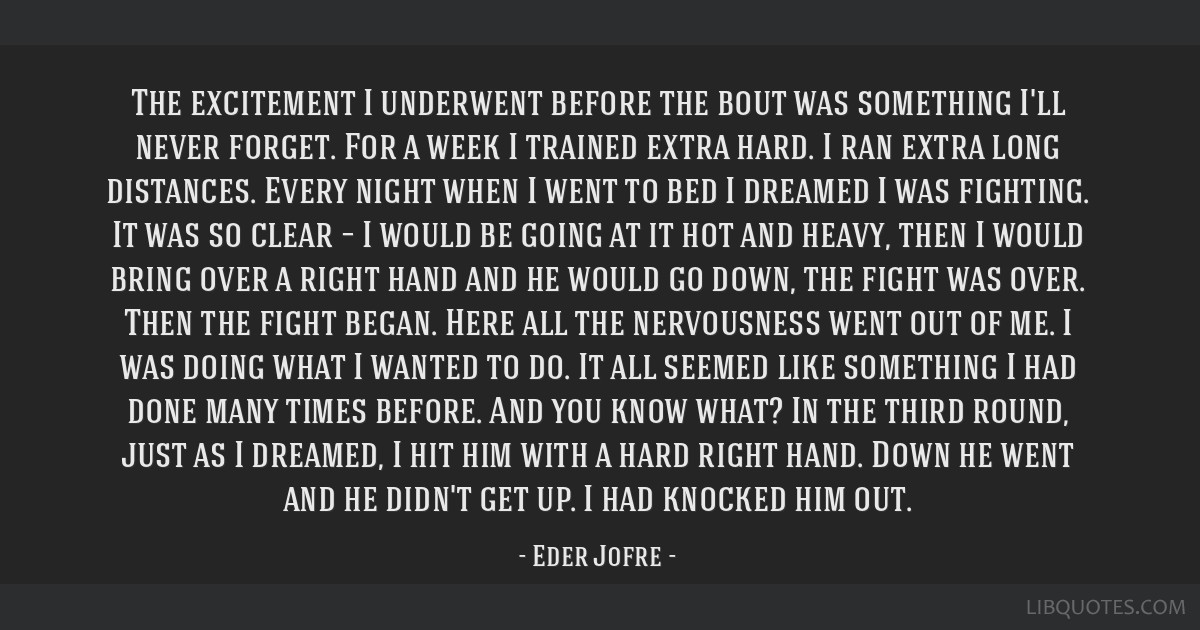 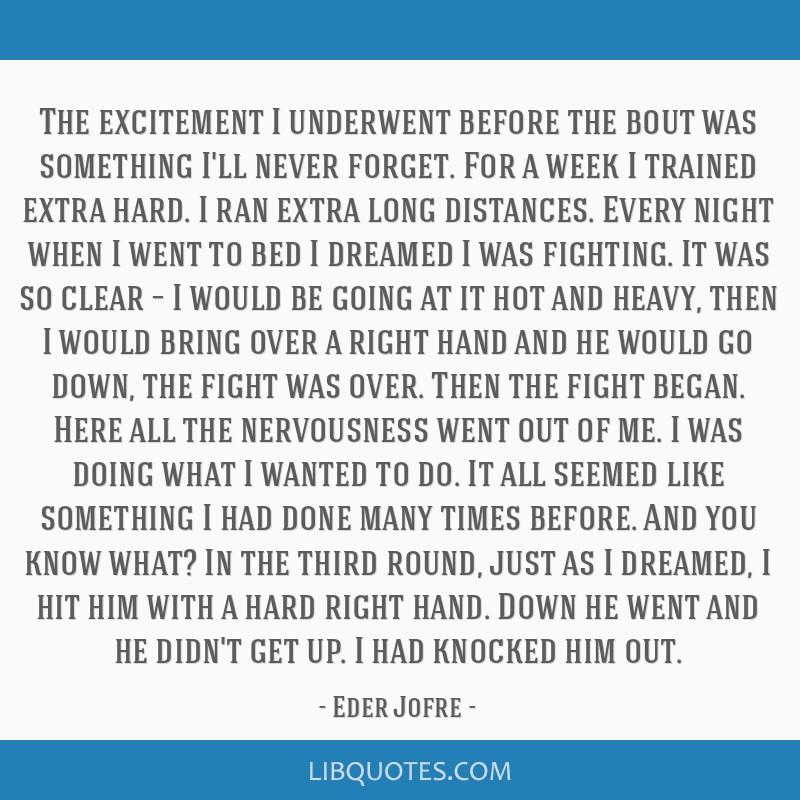 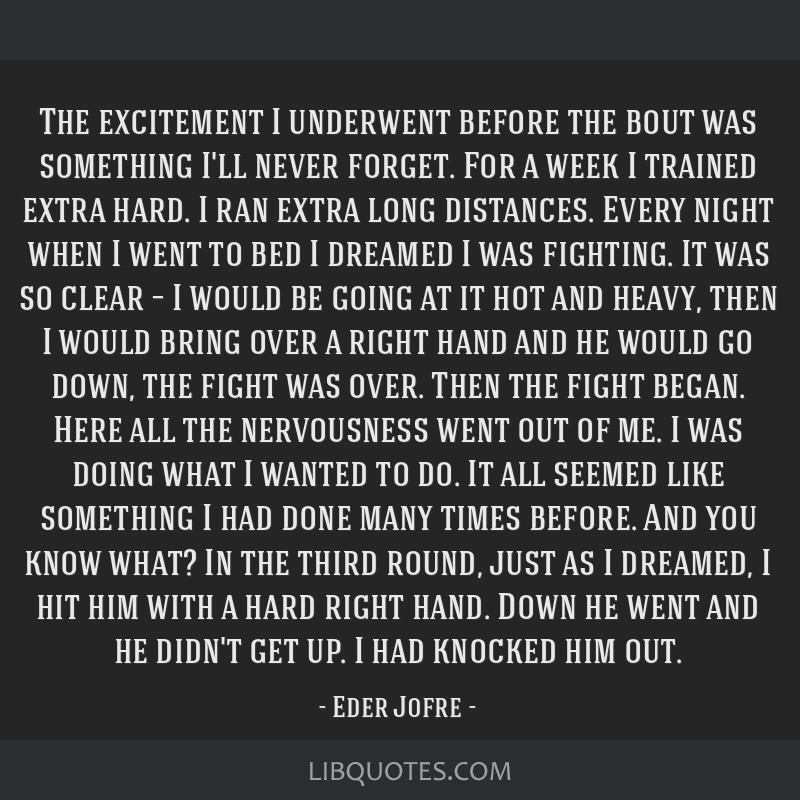