One of the most important things the United States did in the aftermath of World War II was to help returning veterans with housing. In 1945, in my home state of Oregon, we established the Veterans Home Loan Program, which for over 60 years has provided more than 300,000 loans. This has changed the lives of Oregon veterans and revitalized communities. 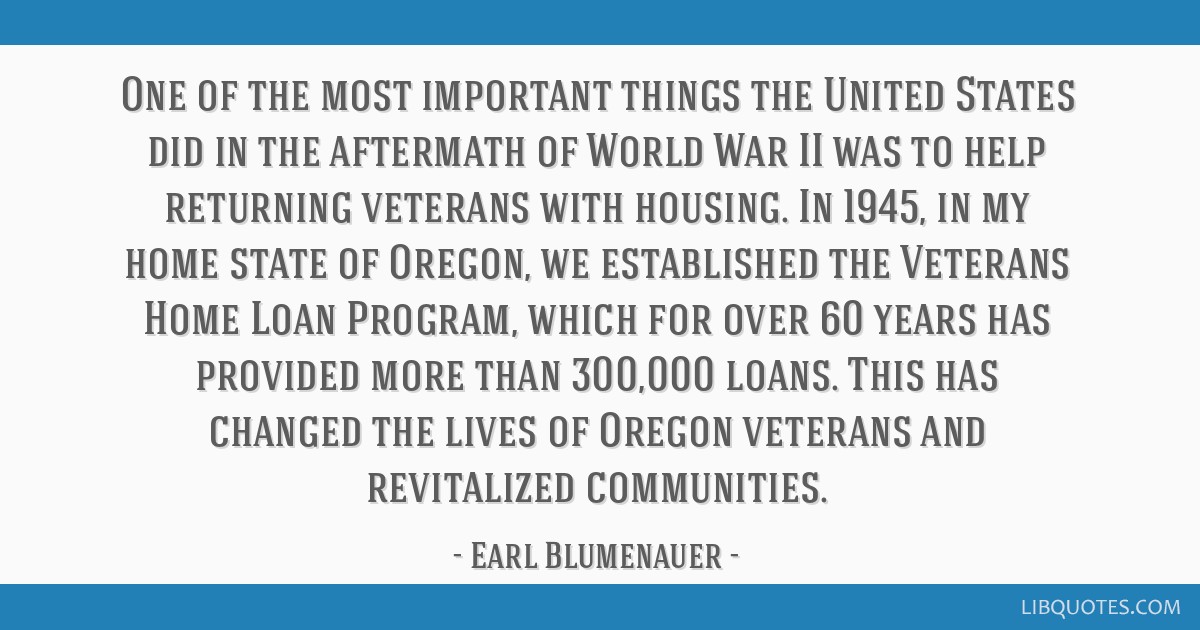 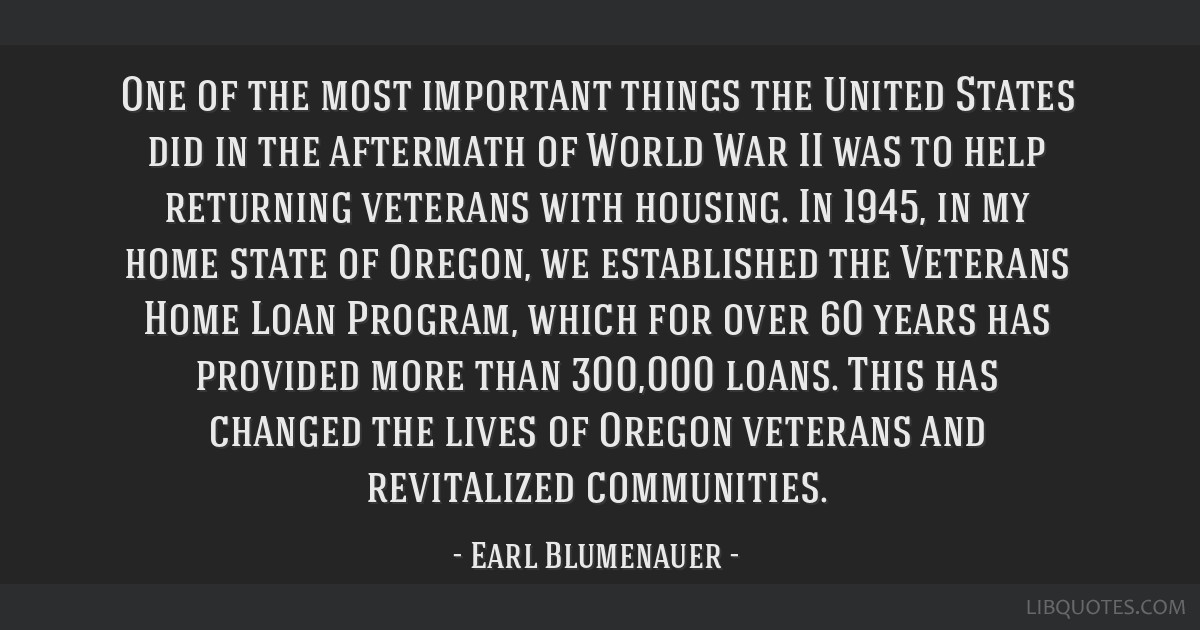 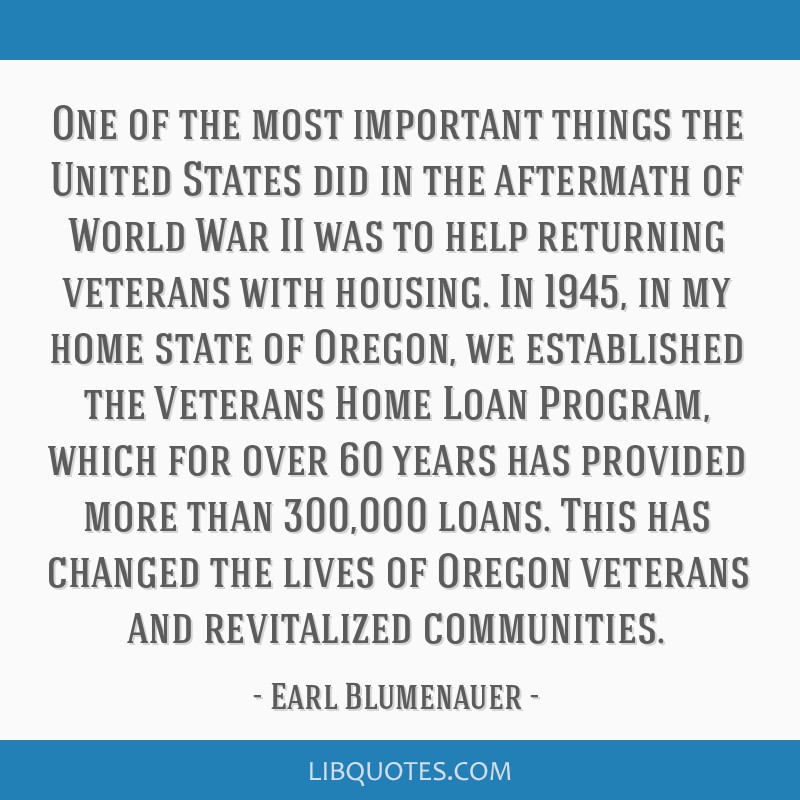 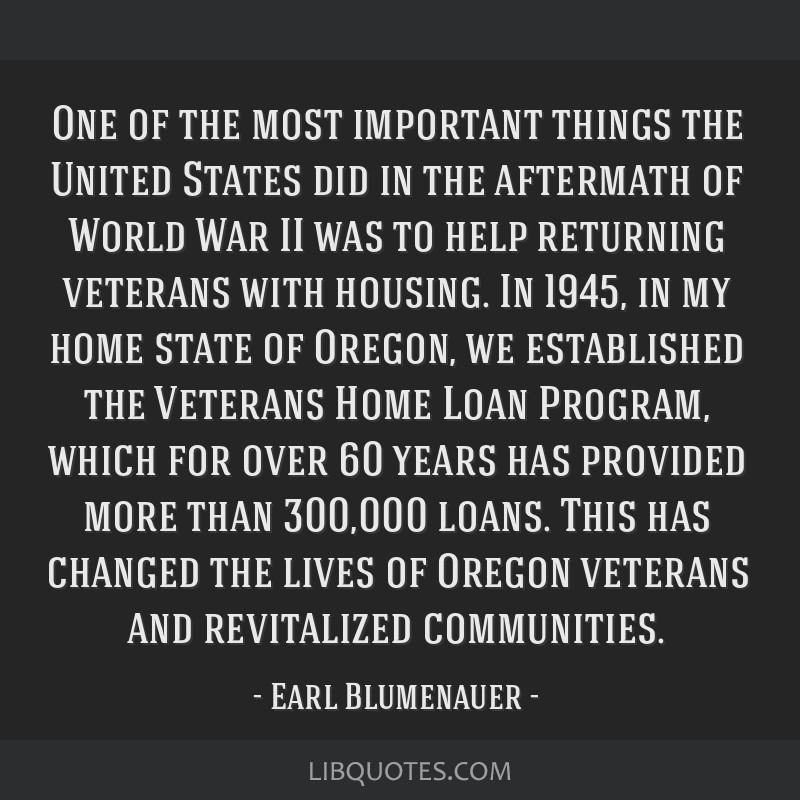 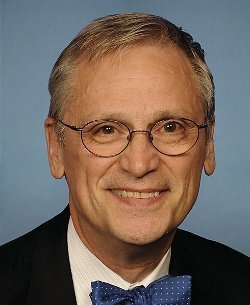