It is a certain fact, that, in mathematicians who have confined their studies to mathematics alone, there has often been observed a proneness to that species of religious enthusiasm in which imagination is the predominant element, and which, like a contagion, is propagated in a crowd.

Quoted in William Hamilton, Discussions on Philosophy and Literature, Education and University, Reform 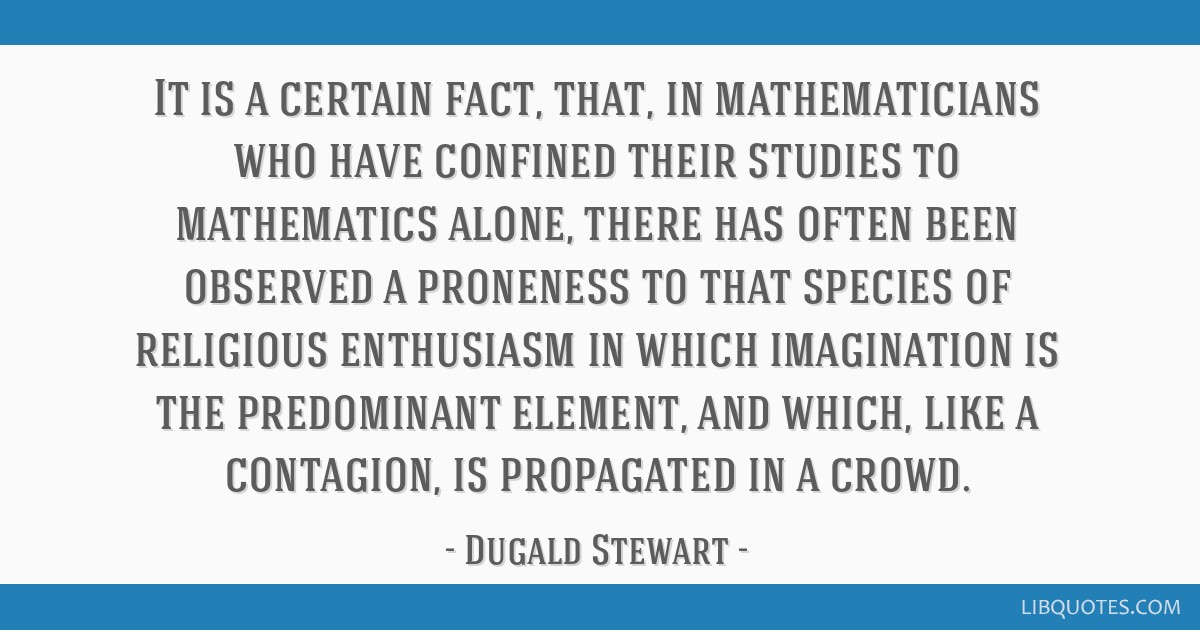 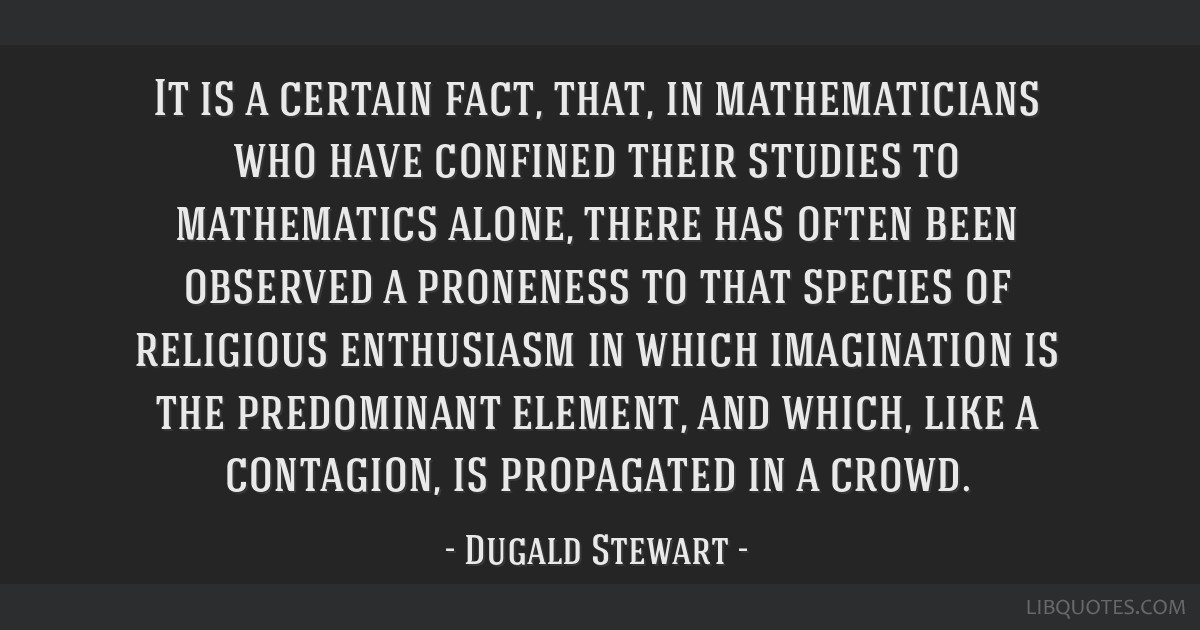 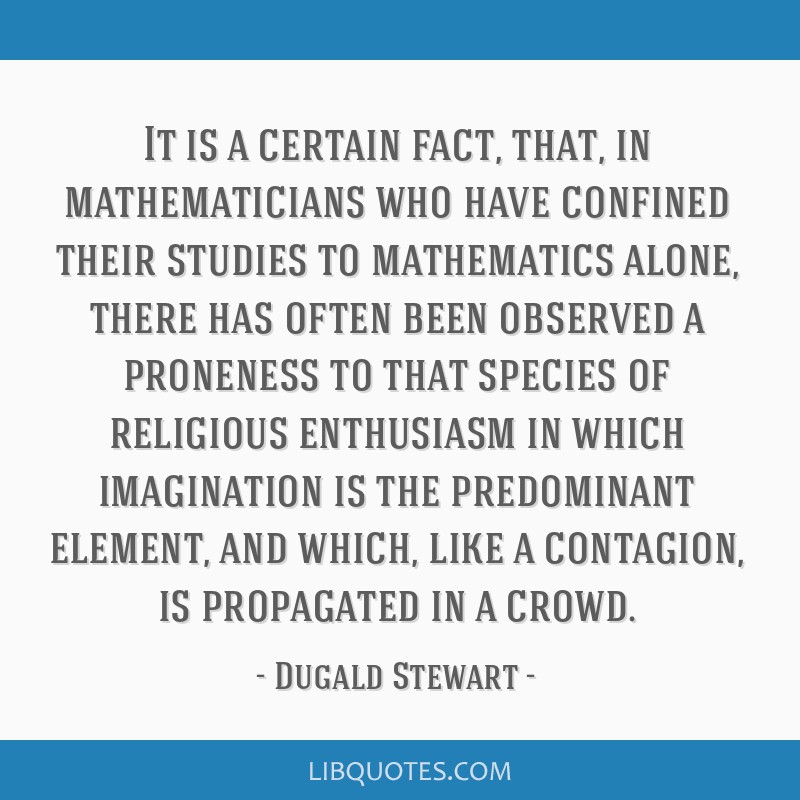 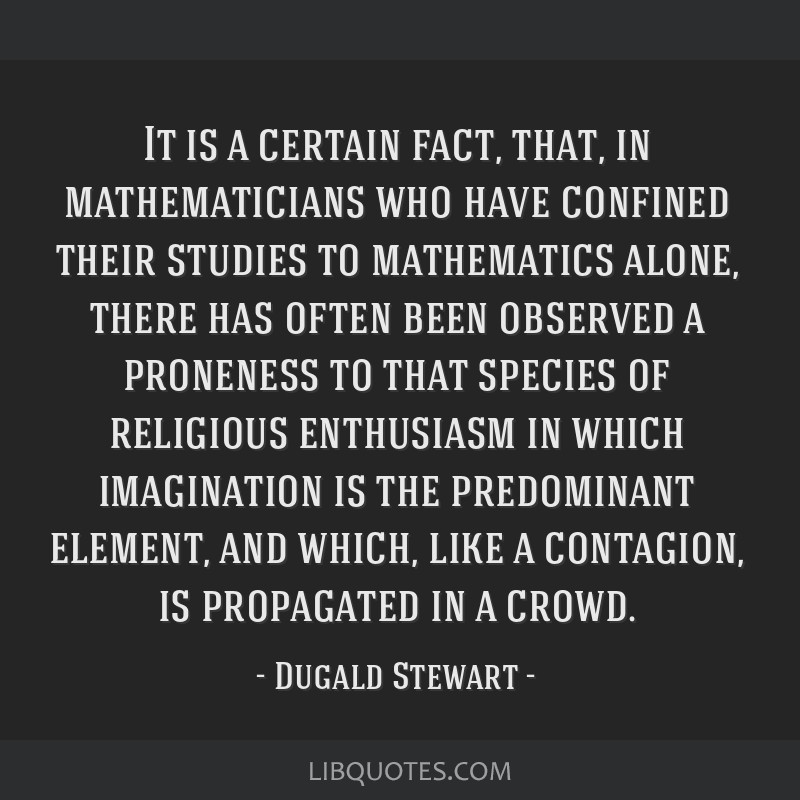