After a while he played with the pencil and the paper again and was delighted when he discovered how to make a mark with the one on the other. Various noises continued outside, but he didn't know whether they were real or not. He then talked to his table for a week to see how it would react. 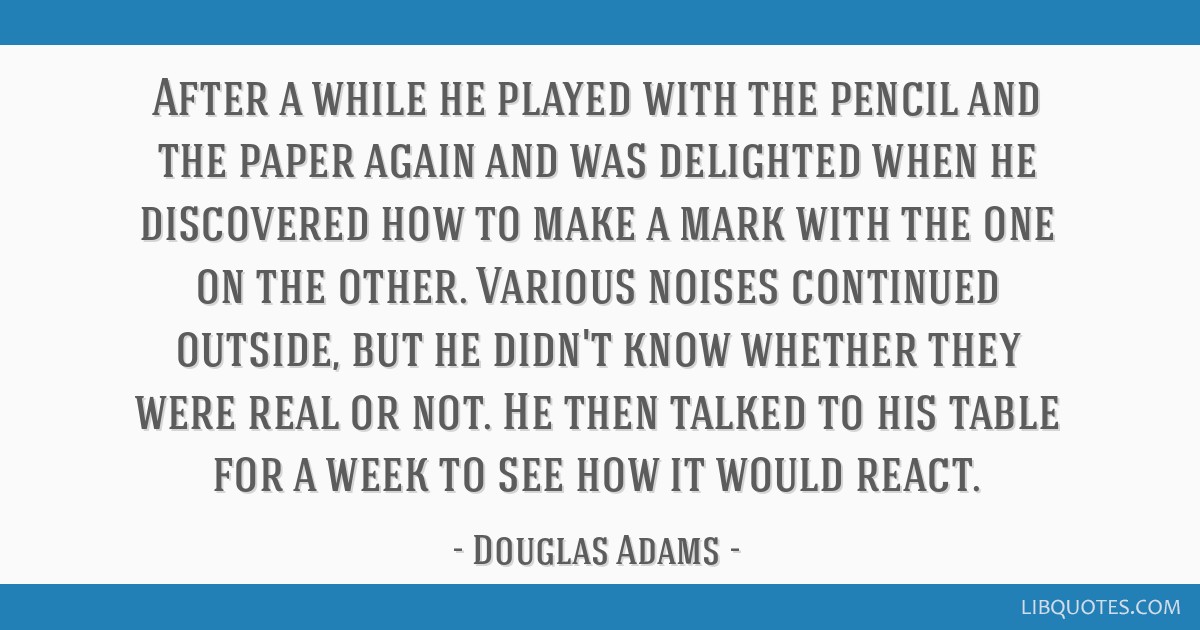 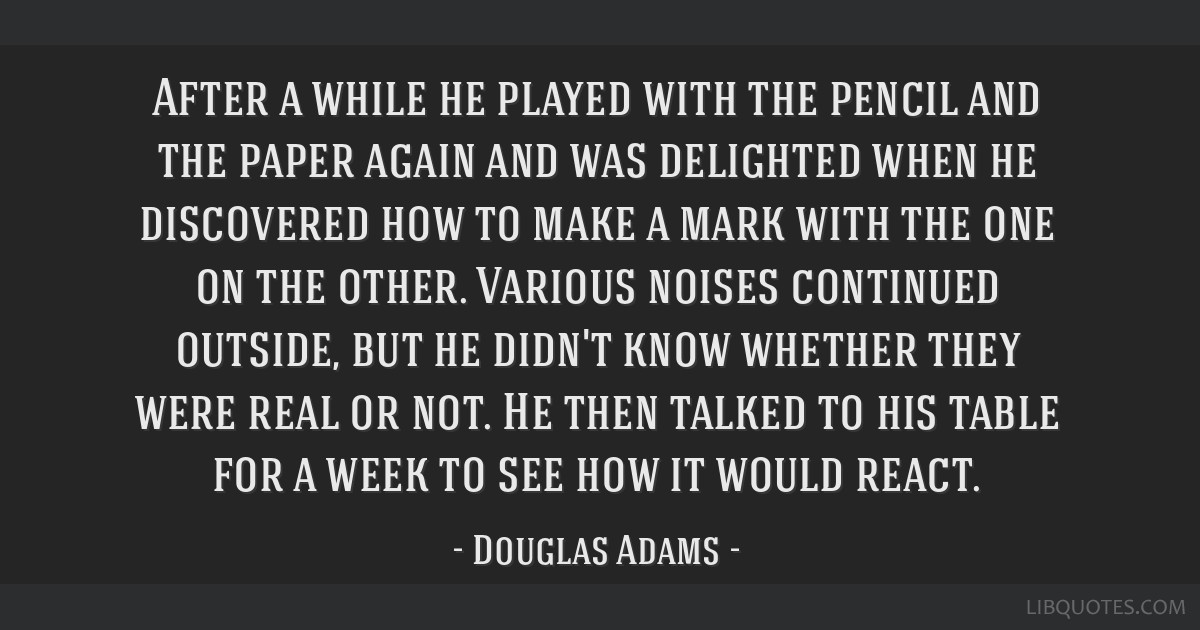 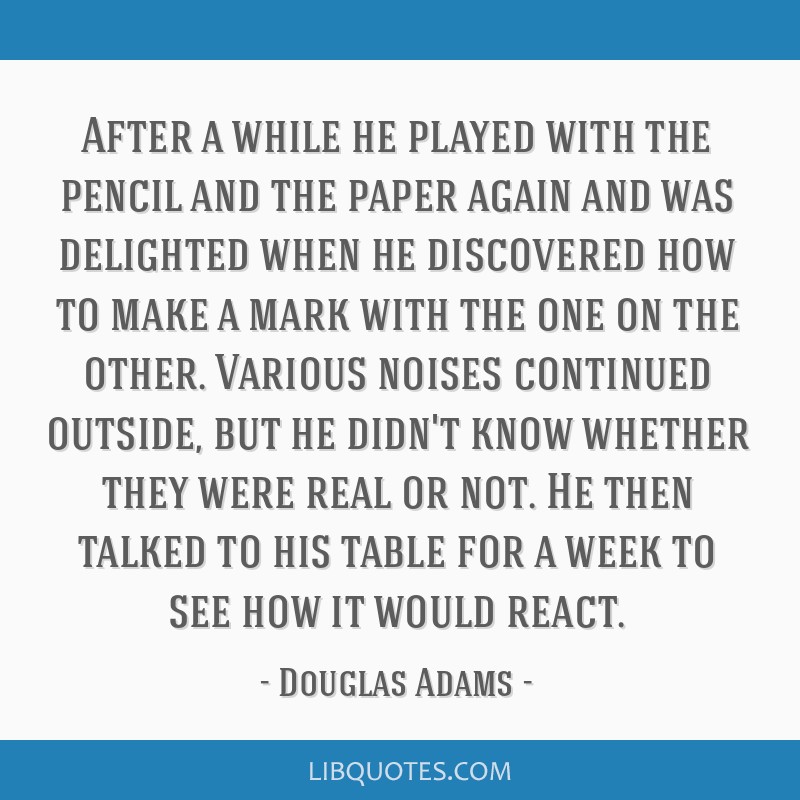 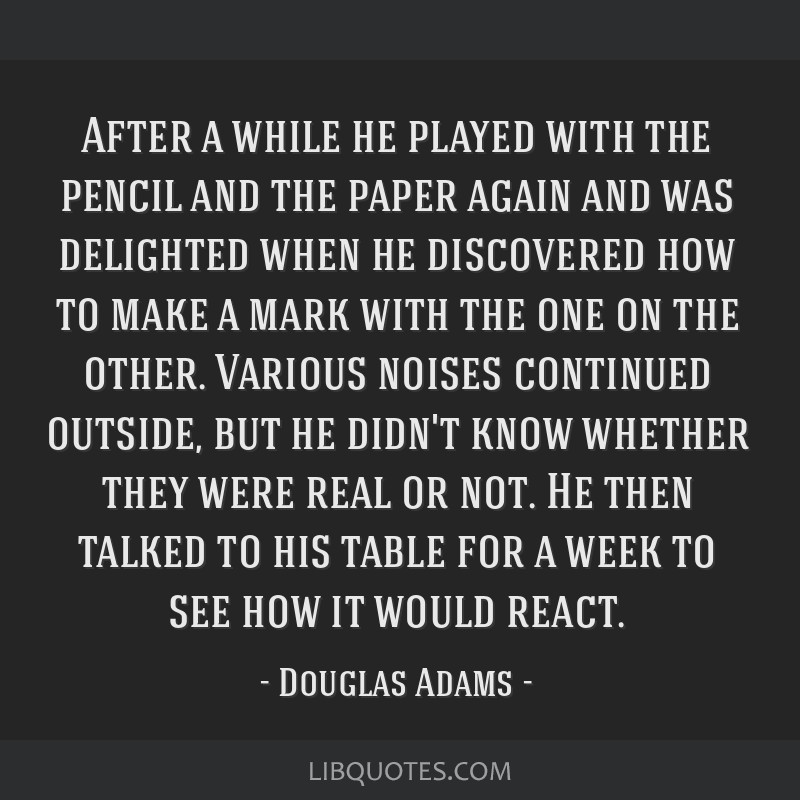