In fact, a very similar phrase was invented to account for the sudden transition of wood, metal, plastic and concrete into an explosive condition, which was "nonlinear, catastrophic structural exasperation," or to put it another way—as a junior cabinet minister did on television the following night in a phrase which was to haunt the rest of his career—the check-in desk had just got "fundamentally fed up with being where it was." 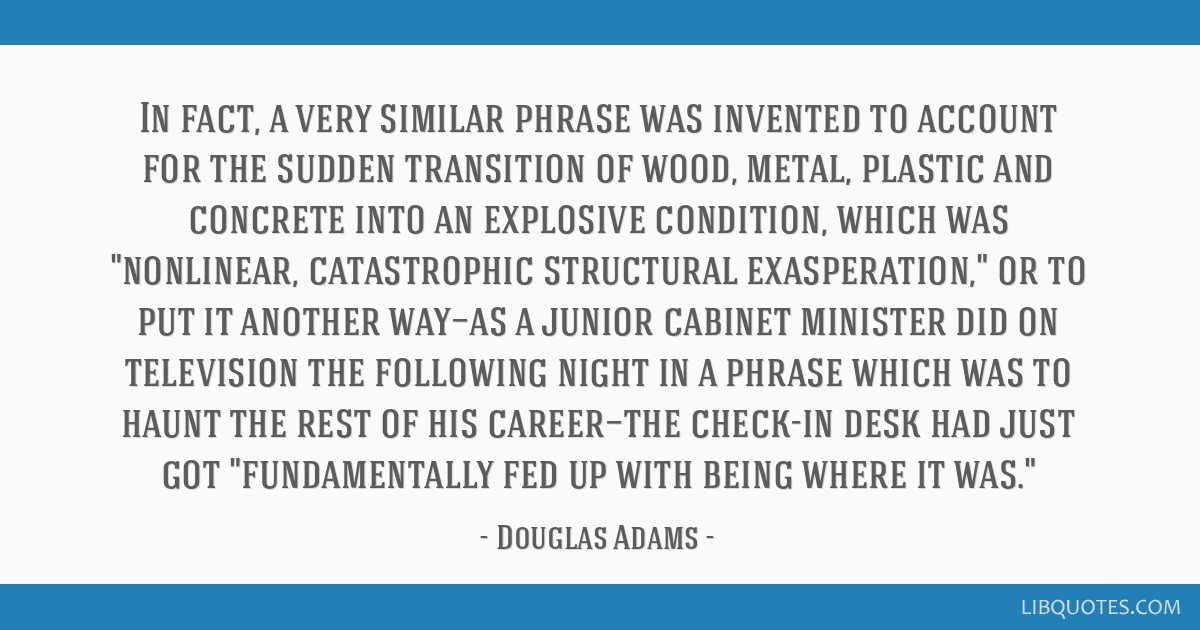 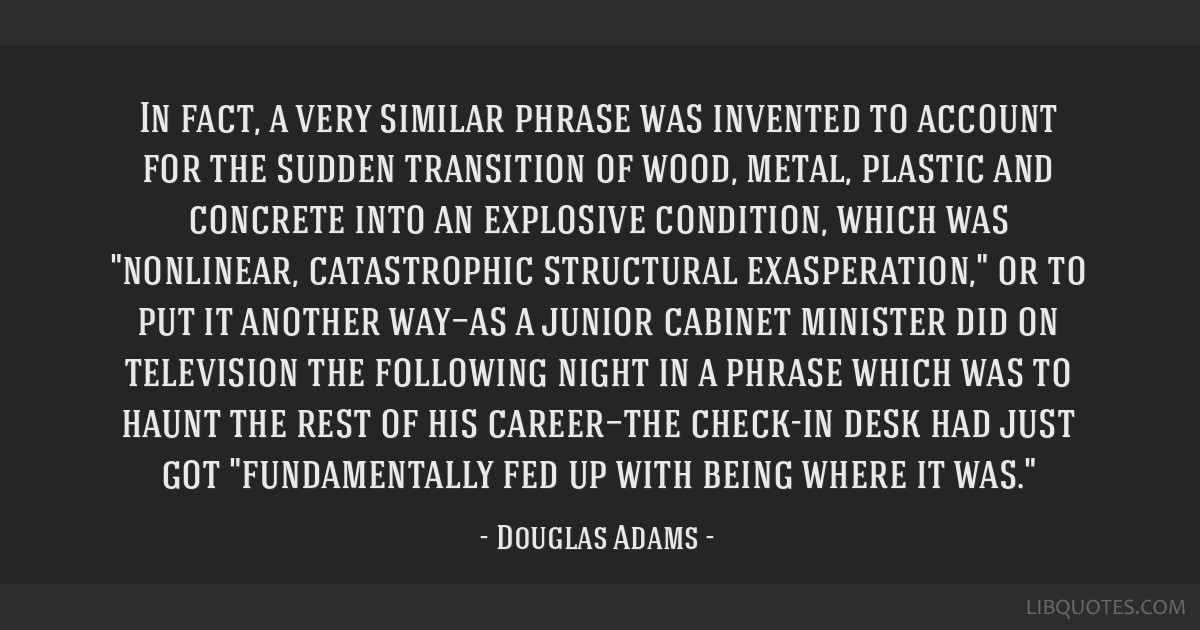 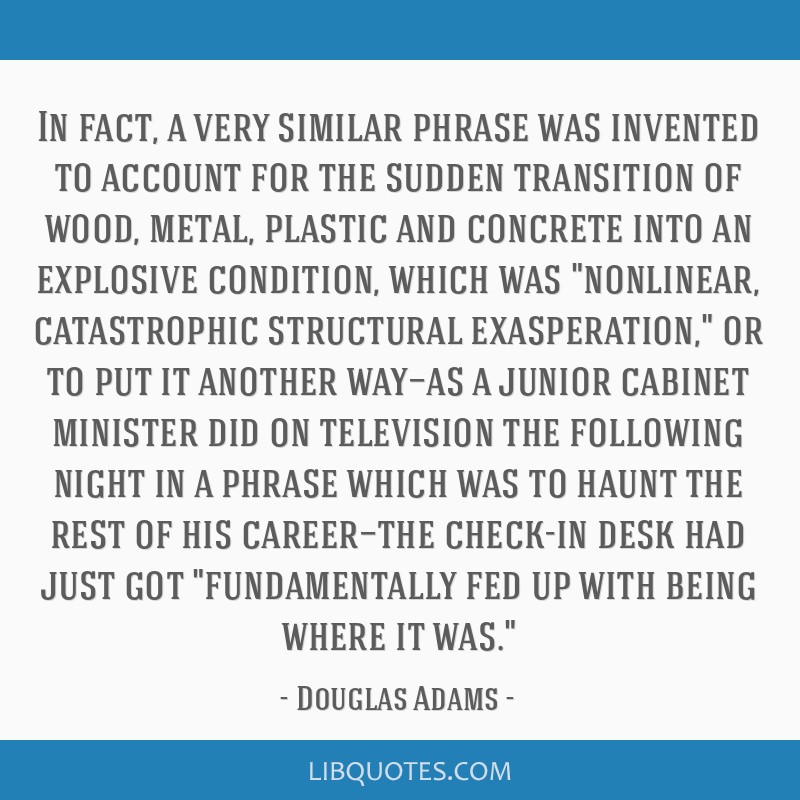 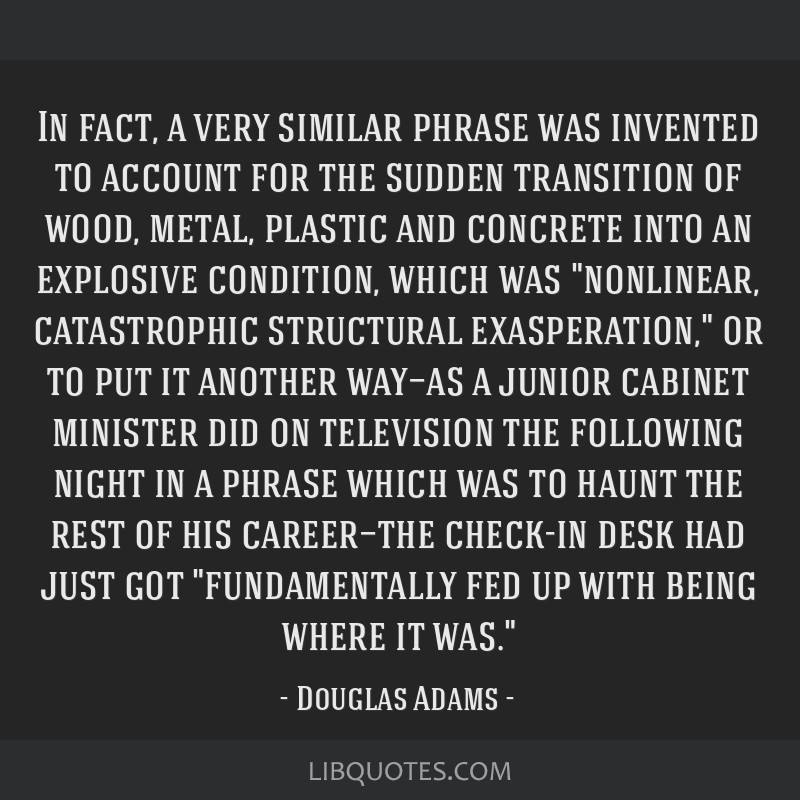