The world is a thing of utter inordinate complexity and richness and strangeness that is absolutely awesome. I mean the idea that such complexity can arise not only out of such simplicity, but probably absolutely out of nothing, is the most fabulous extraordinary idea. And once you get some kind of inkling of how that might have happened, it's just wonderful. And … the opportunity to spend 70 or 80 years of your life in such a universe is time well spent as far as I am concerned.

Response to the question "What is it about science that really gets your blood running?" — as quoted in Richard Dawkins in his eulogy for Adams (17 September 2001) 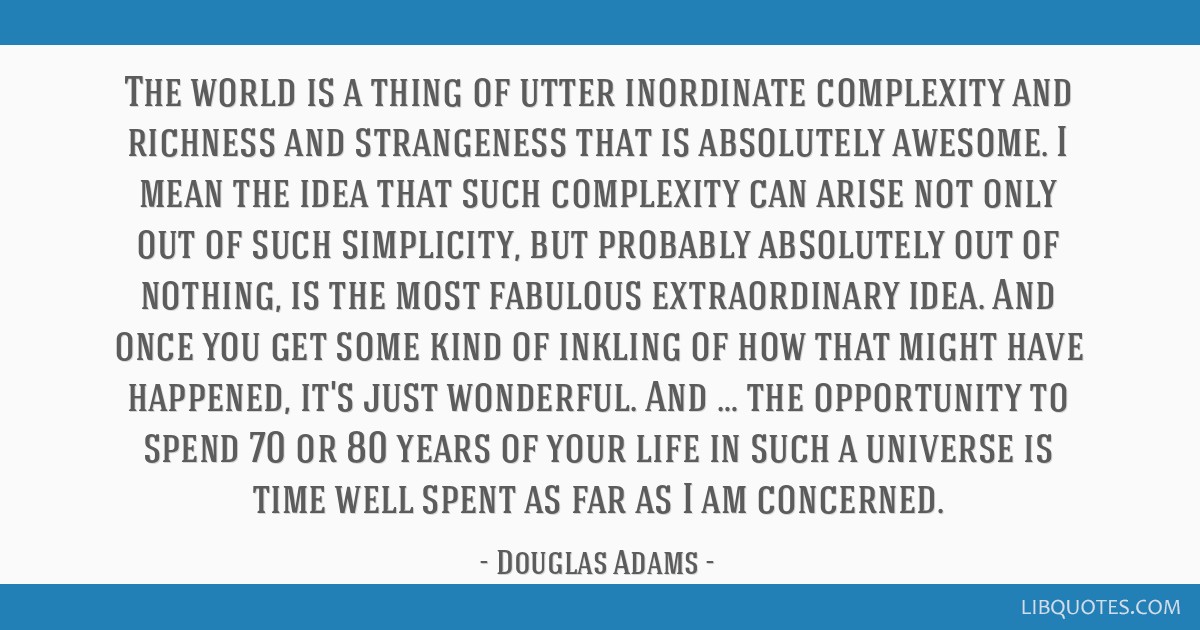 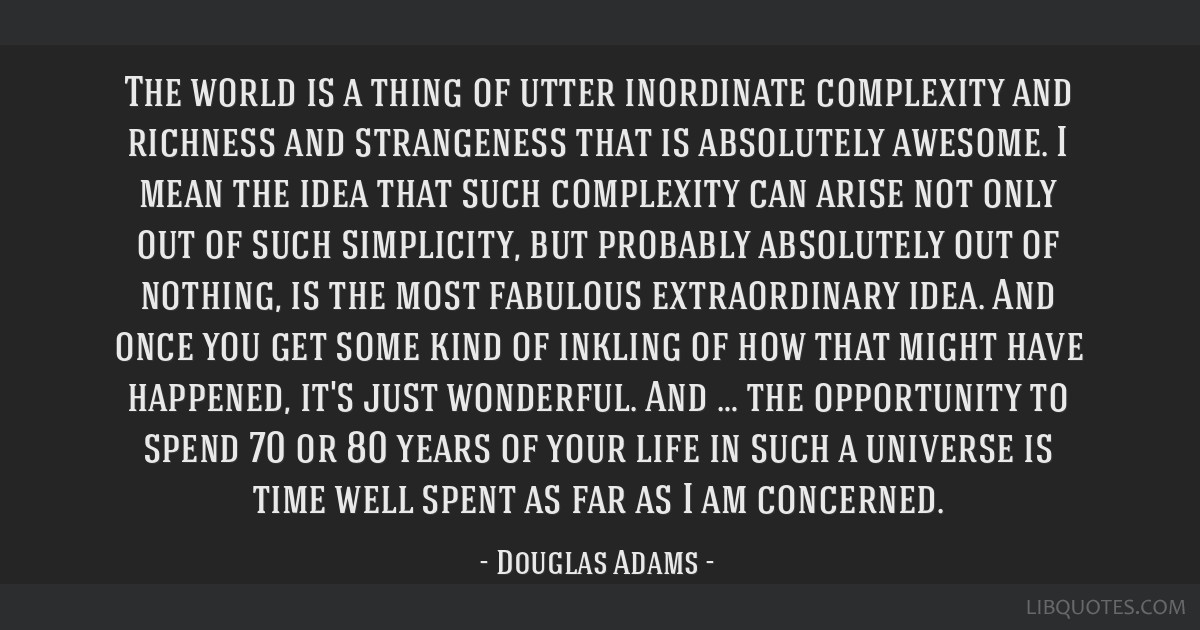 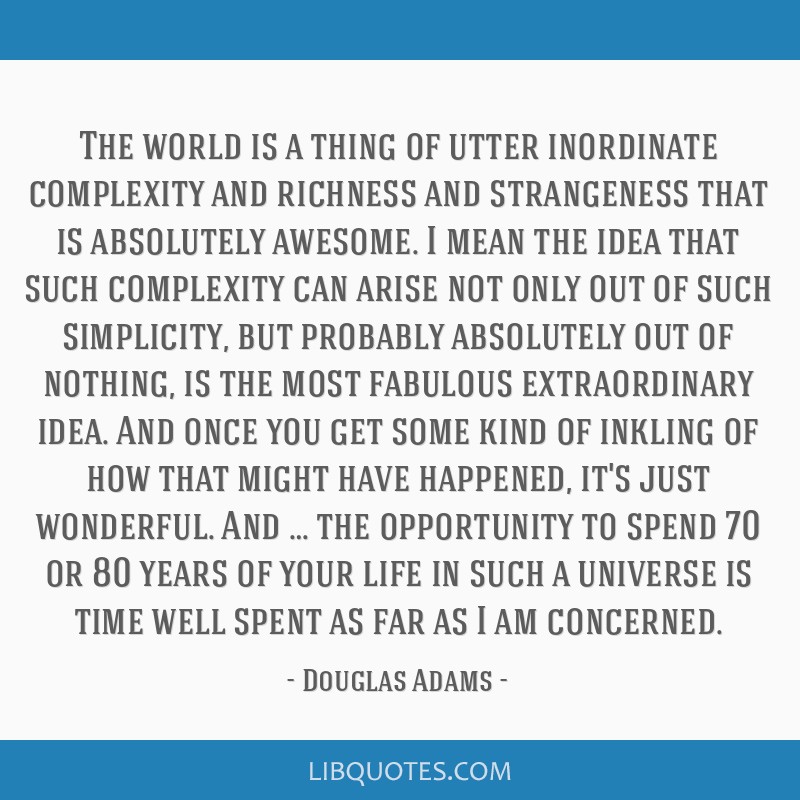 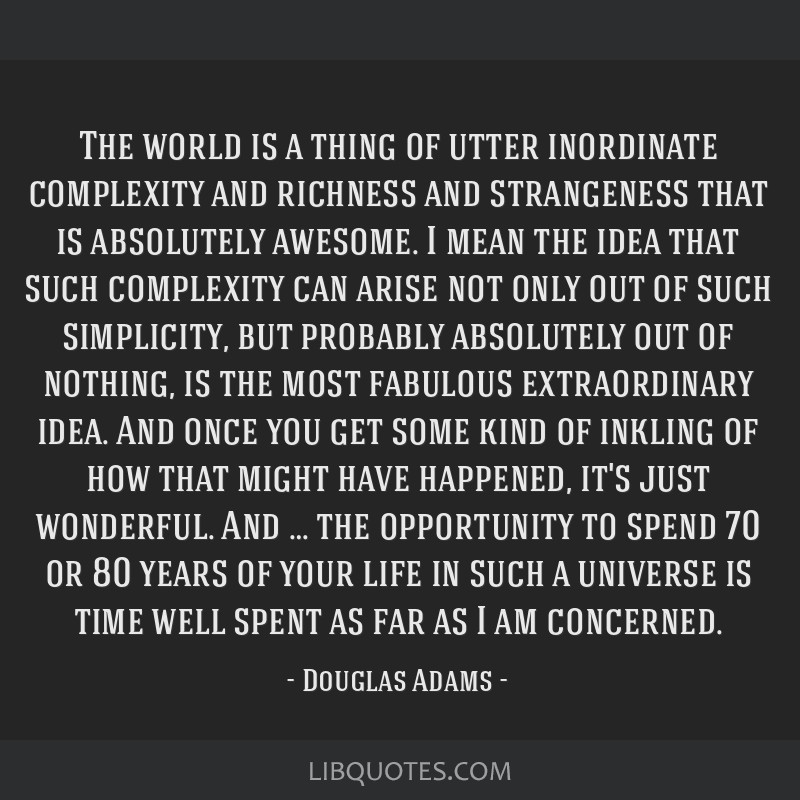