This was the evening of the last day of Gordon Way's life … The weather forecast hadn't mentioned that, of course, that wasn't the job of the weather forecast, but then his horoscope had been pretty misleading as well. It had mentioned an unusual amount of planetary activity in his sign and had urged him to differentiate between what he thought he wanted and what he actually needed, and suggested that he should tackle emotional or work problems with determination and complete honesty, but had inexplicably failed to mention that he would be dead before the day was out. 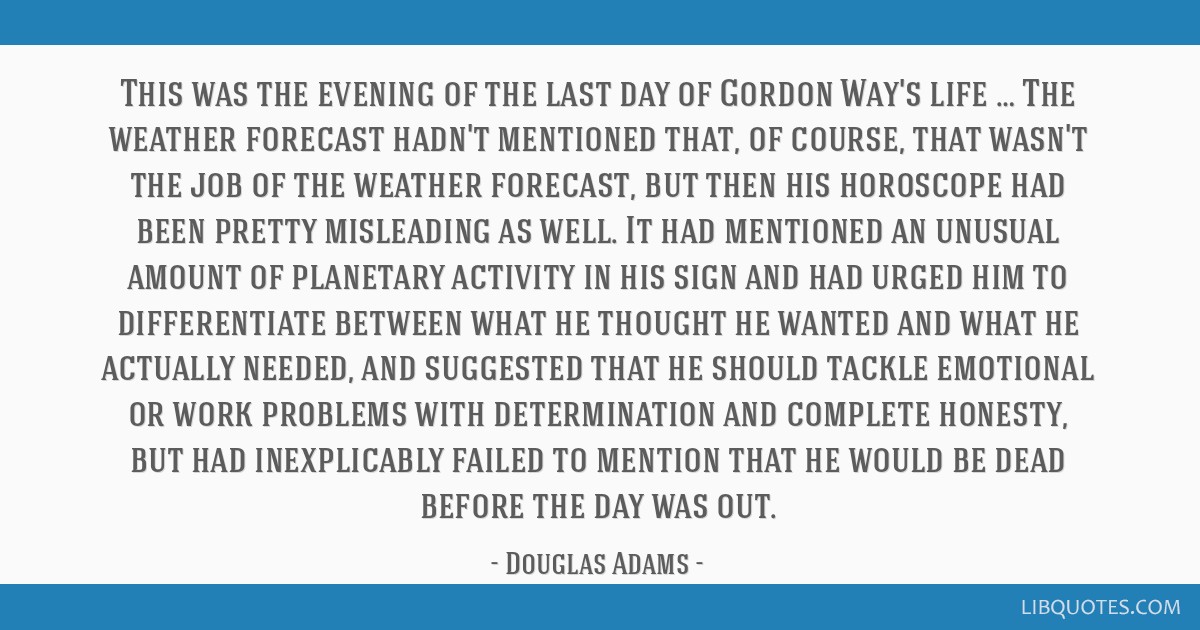 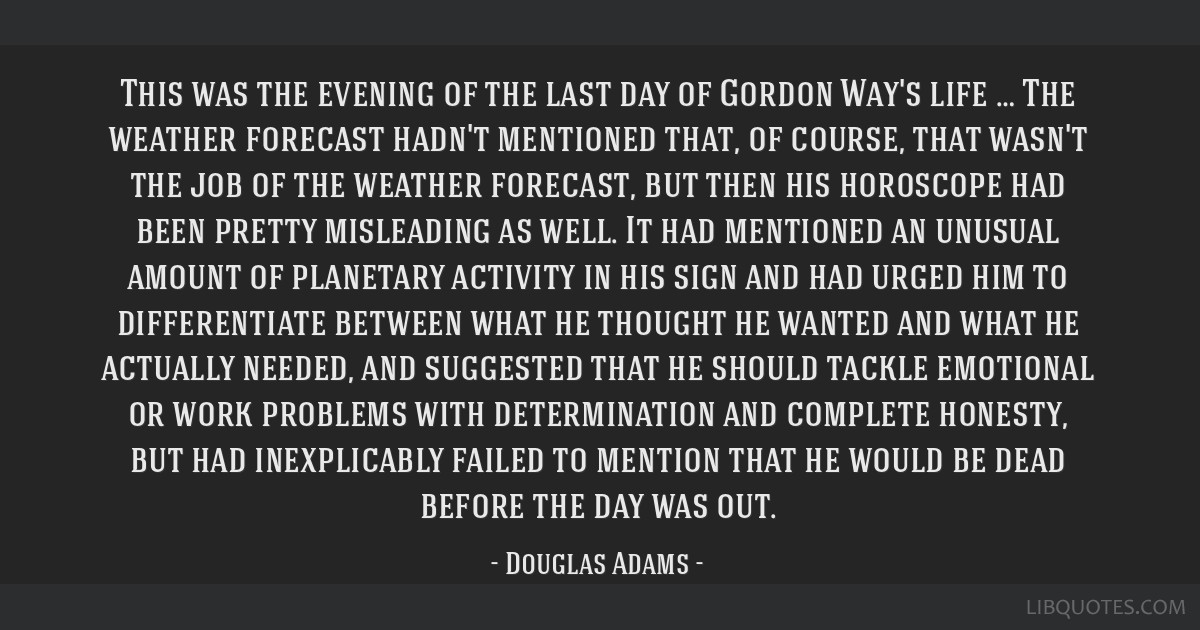 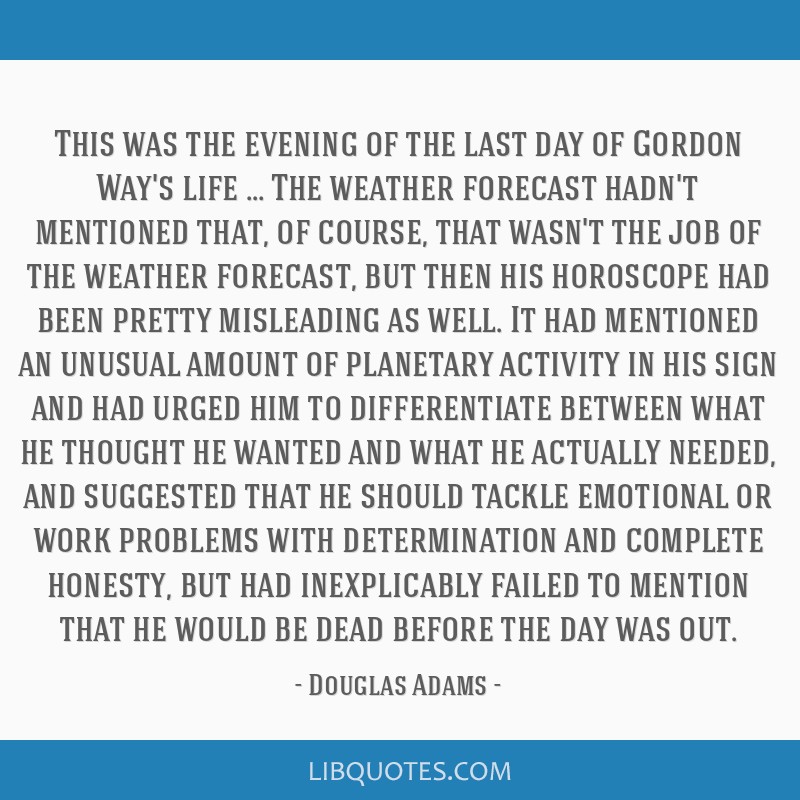 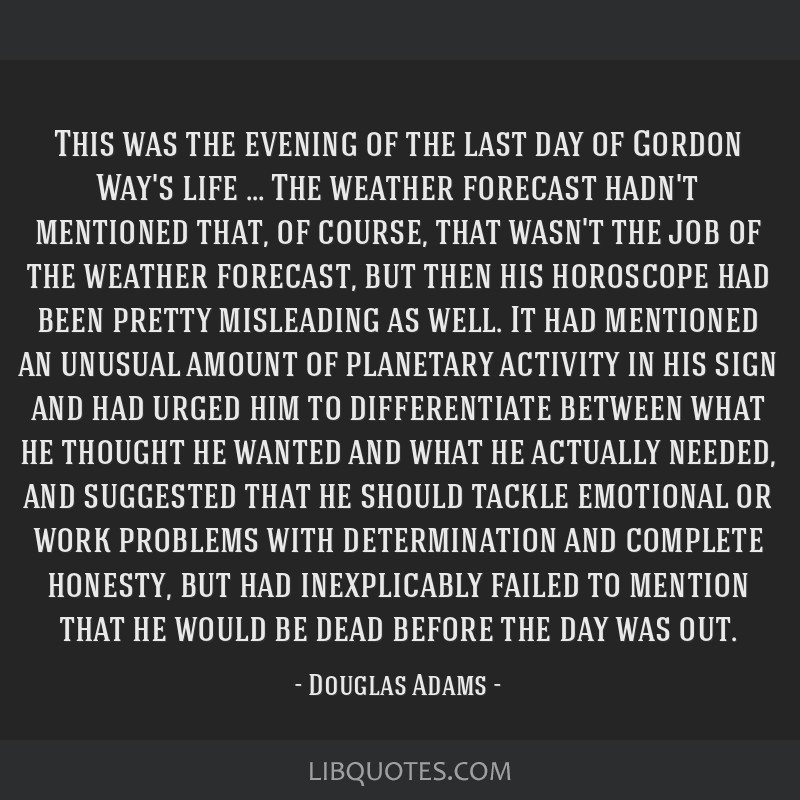