The Heart of Gold fled on silently through the night of space, now on conventional photon drive. Its crew of four were ill as ease knowing that they had been brought together not of their own volition or by simple coincidence, but by some curious perversion of physics- as if relationships between people were susceptible to the same laws that governed the relationships between atoms and molecules 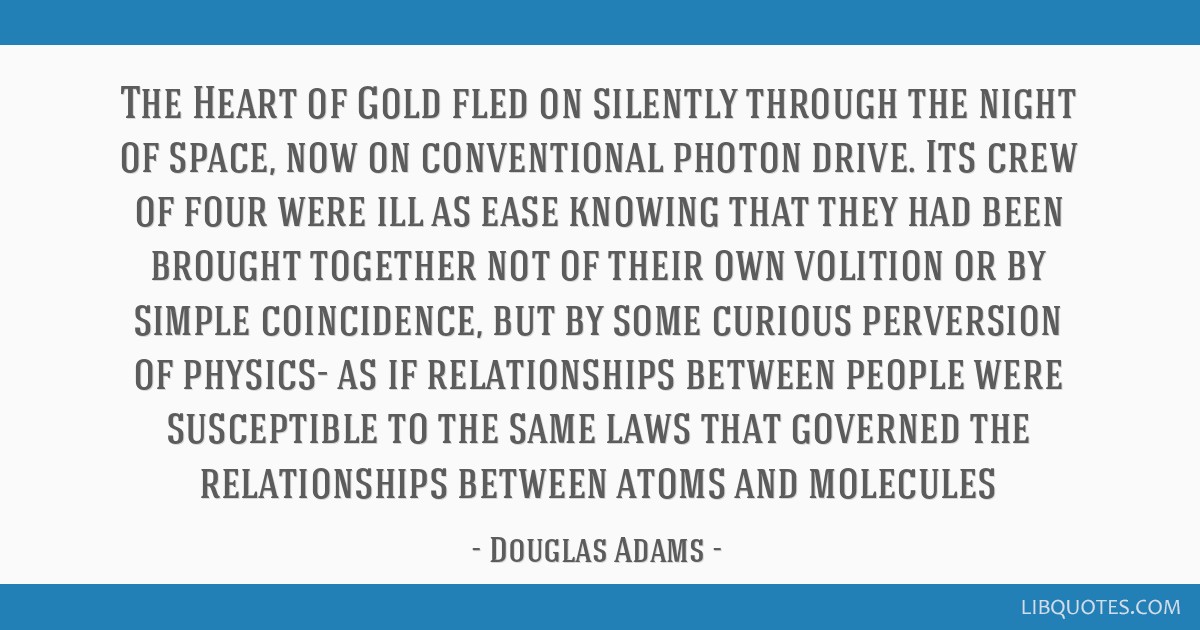 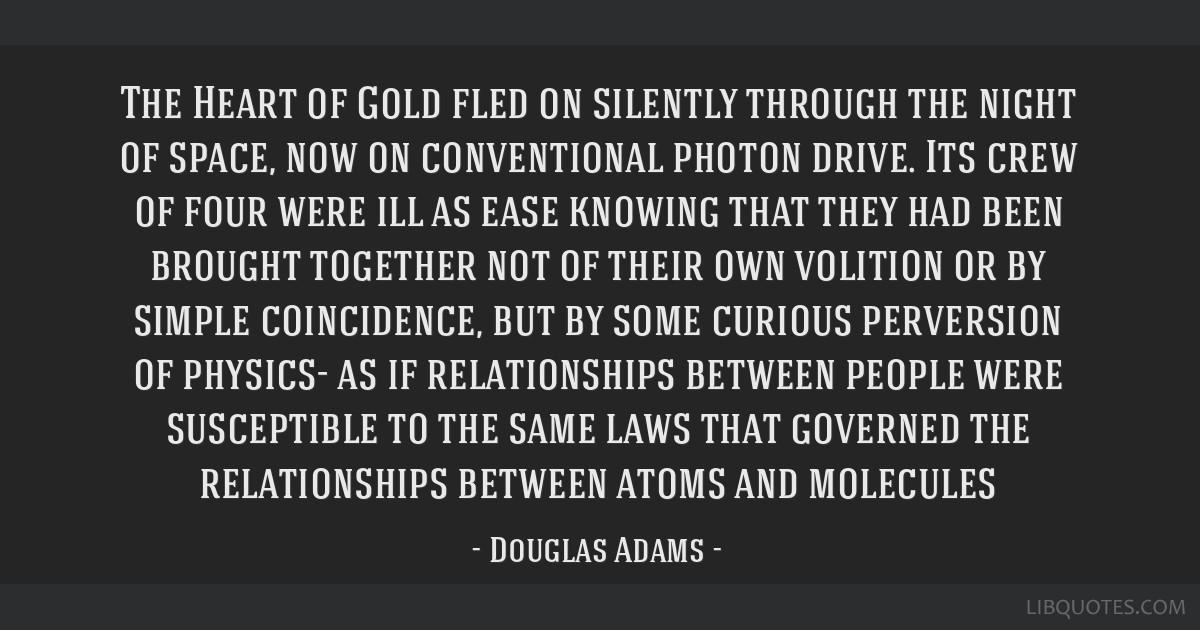 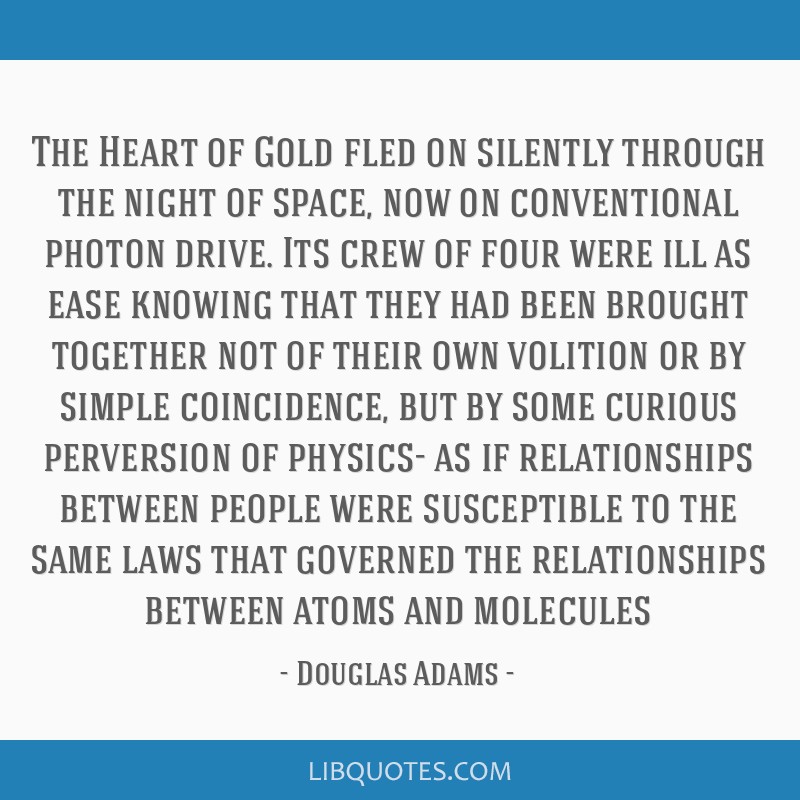 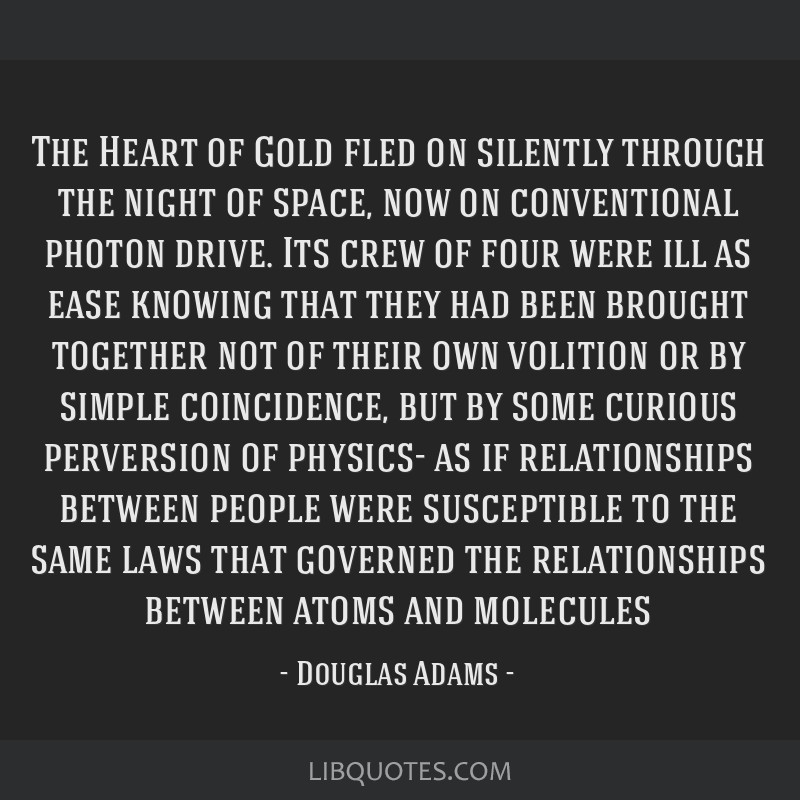