Here's what the Encyclopedia Galactica has to say about alcohol. It says that alcohol is a colourless volatile liquid formed by the fermentation of sugars and also notes its intoxicating effect on certain carbon-based life forms. 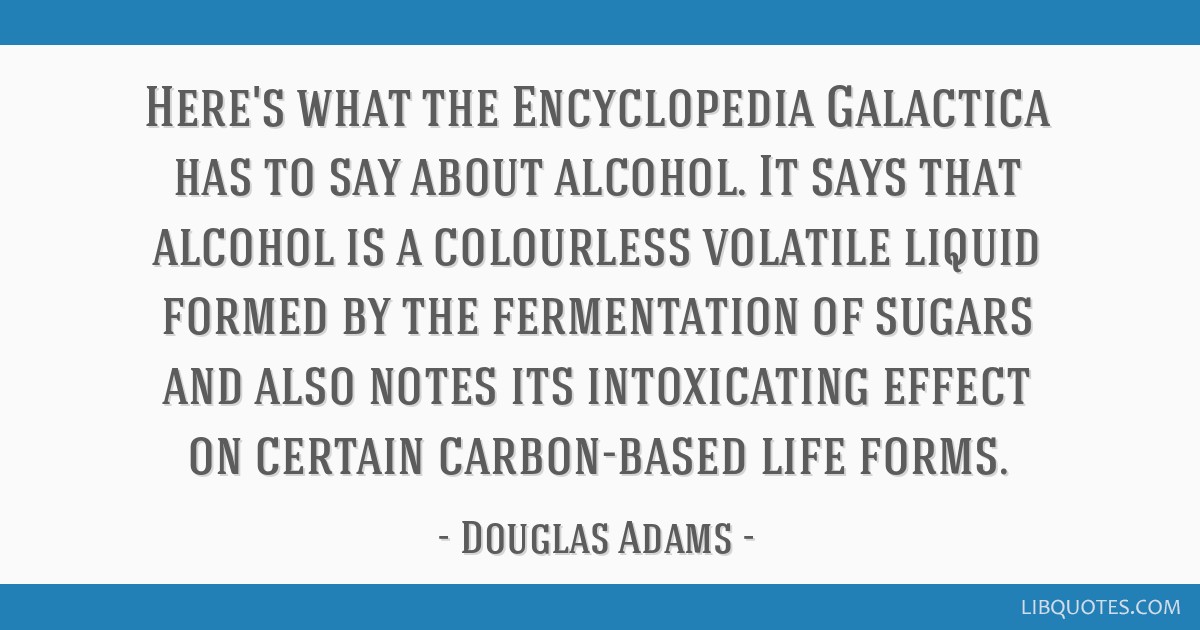 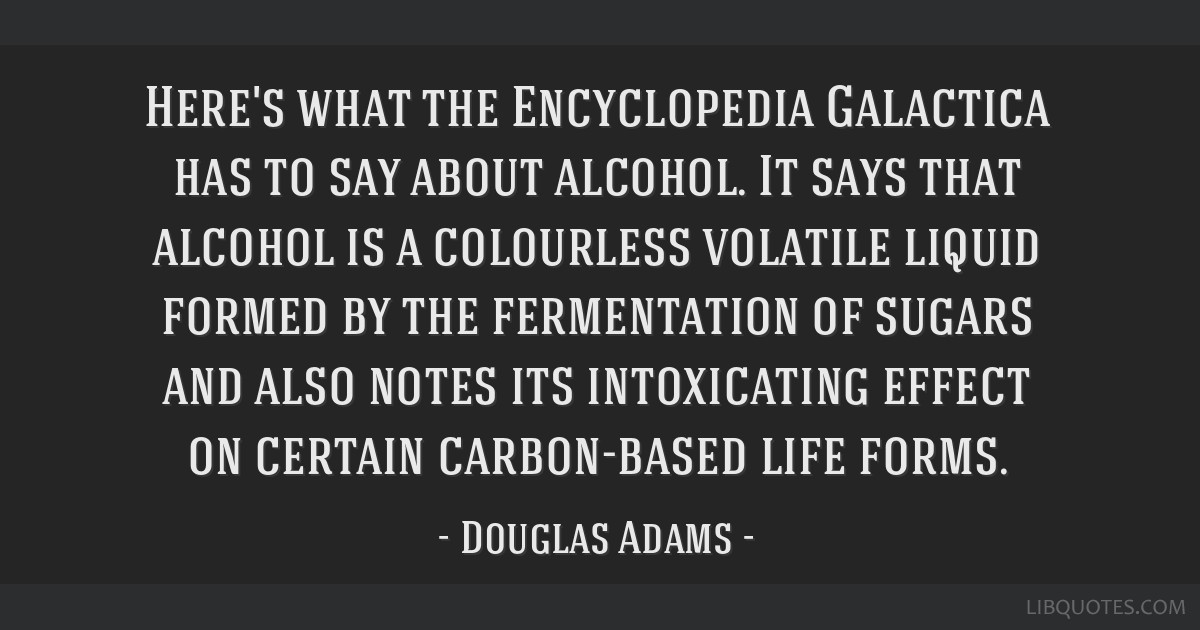 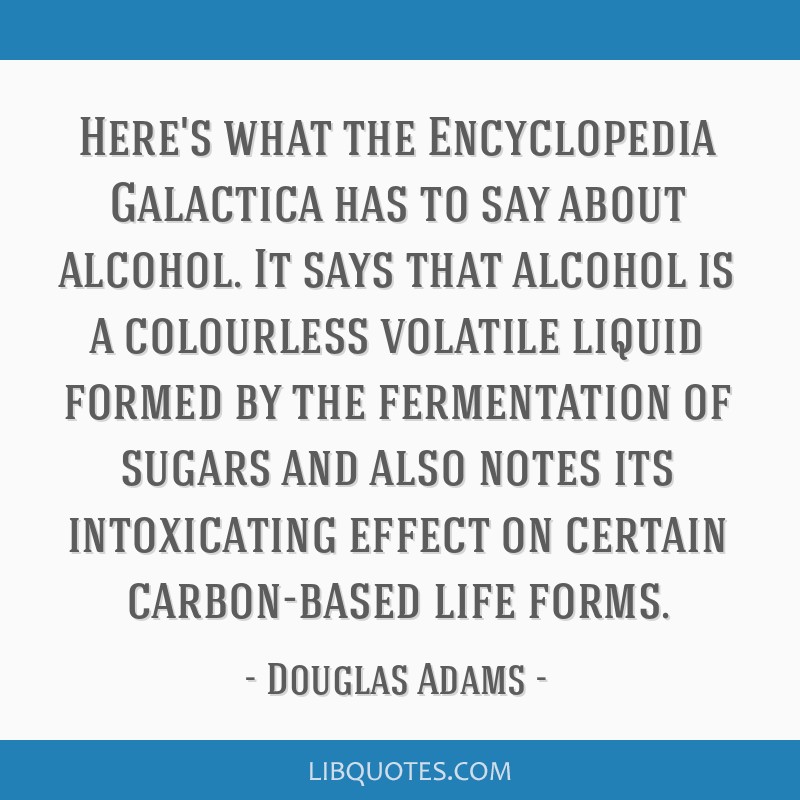 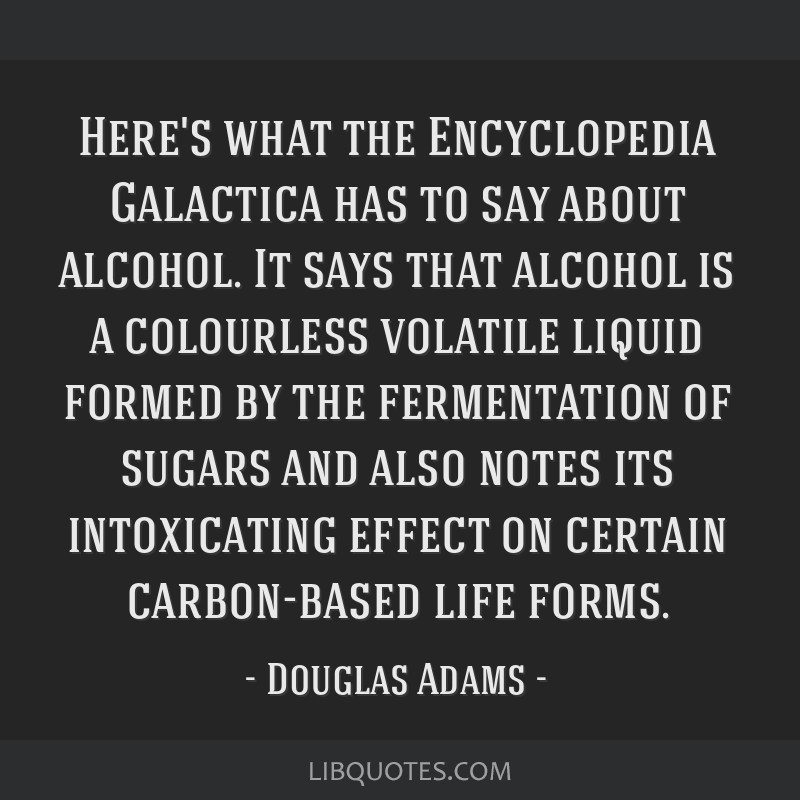