Would it not be better if one could really 'see' whether molecules... were just as experiments suggested?

the question that decided her to specialize in X-ray cristallography, as quoted by Sharon Bertsch McGrayne (1998). Nobel Prize women in science: their lives, struggles, and momentous discoveries. Joseph Henry Press. p. 231. ISBN 0-309-07270-0. 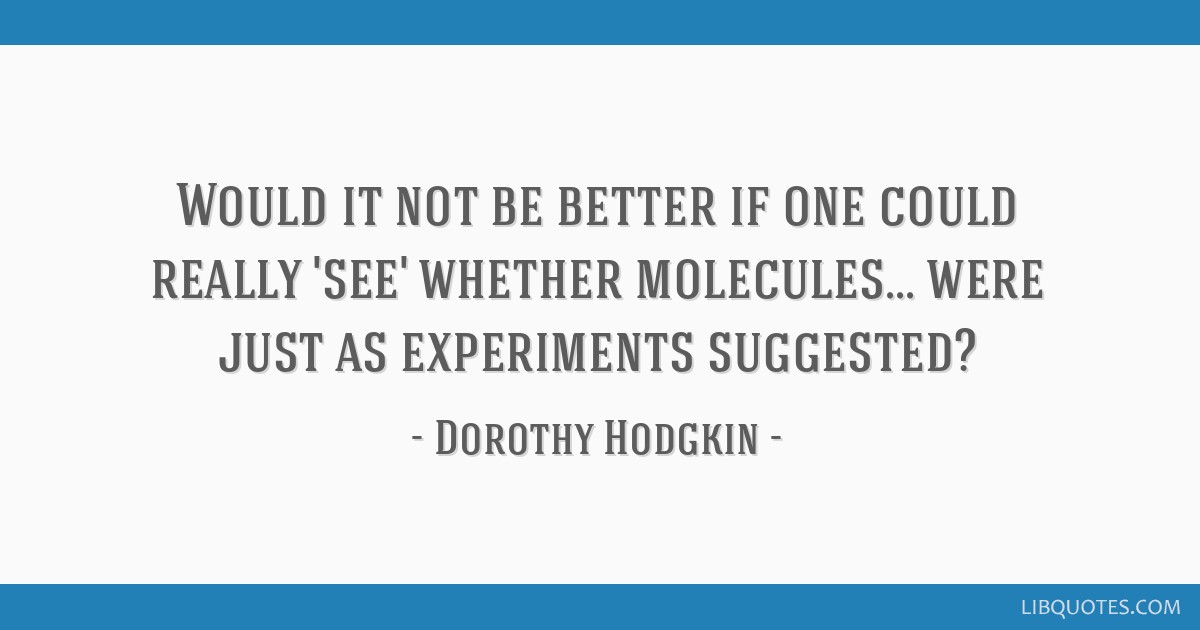 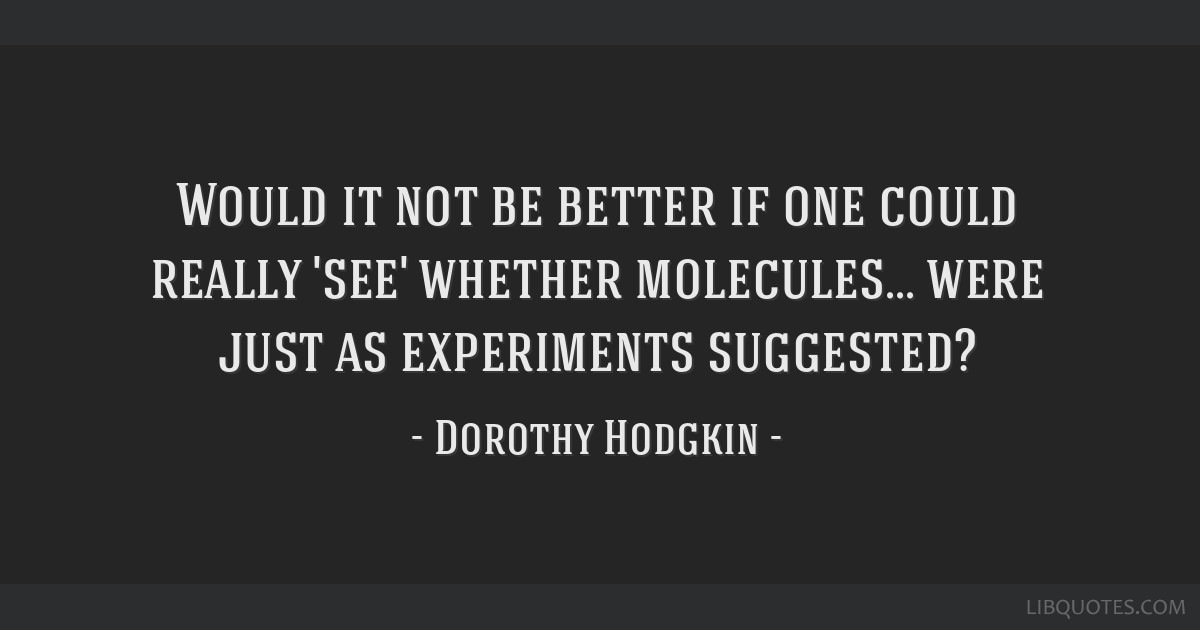 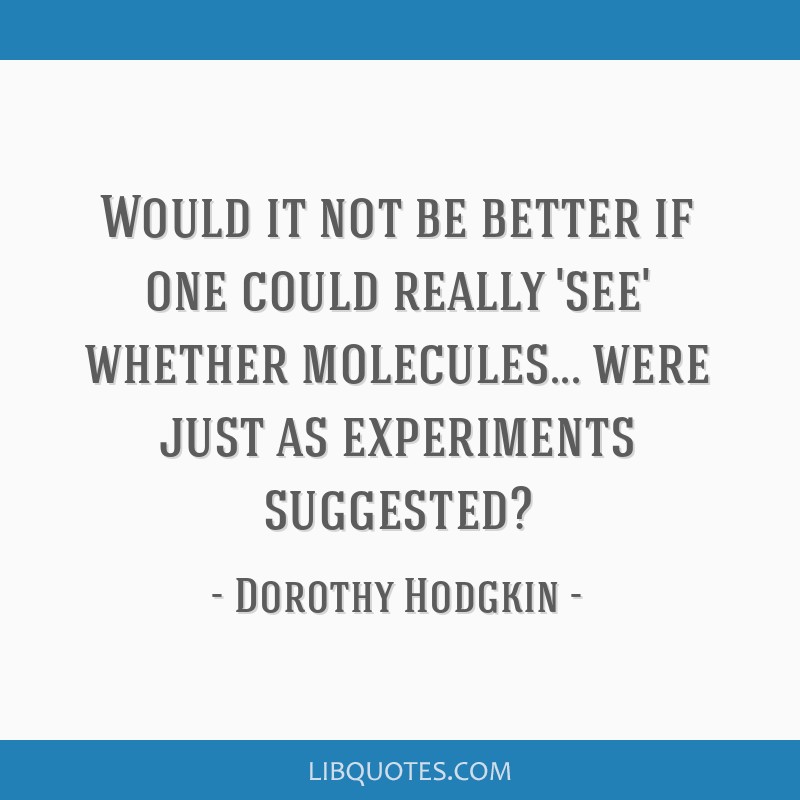 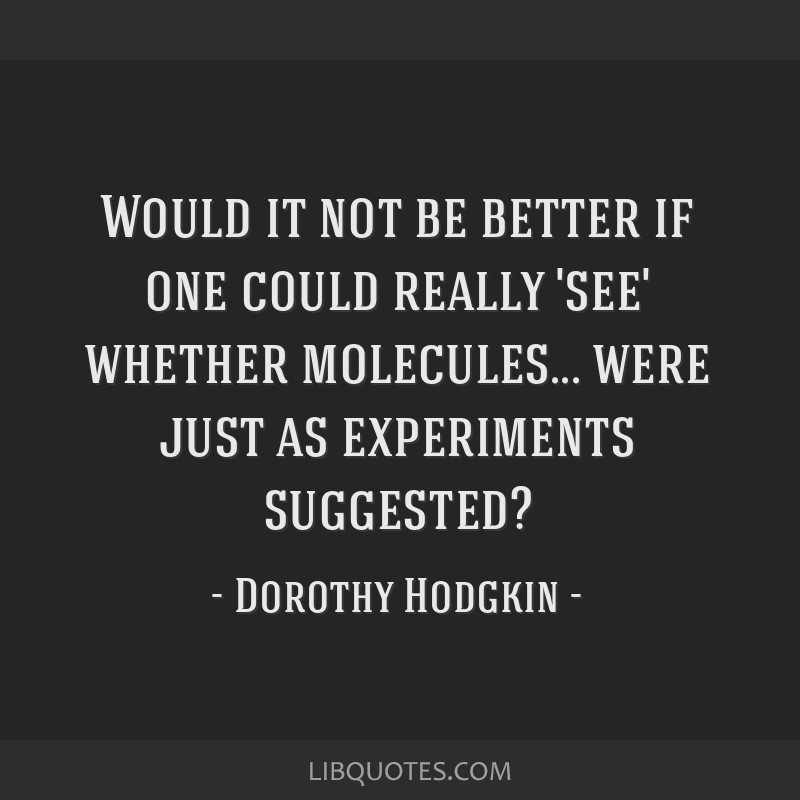 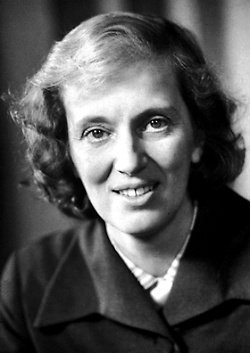