Diogenes the cynic, seeing one of the so-called freedmen pluming himself, while many heartily congratulated him, marveled at the absence of reason and discernment. A man might as well, he said, proclaim that one of his servants became a grammarian, a geometrician, or musician, when he has no idea whatever of the art. For as the proclamation cannot make them men of knowledge, so neither can it make them free. 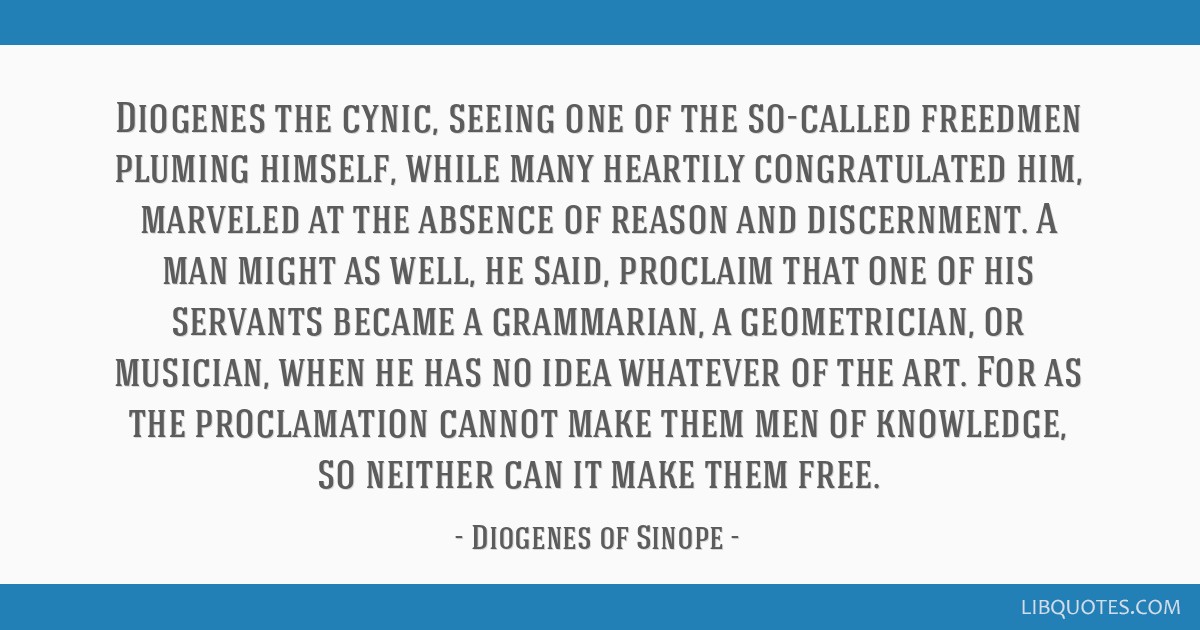 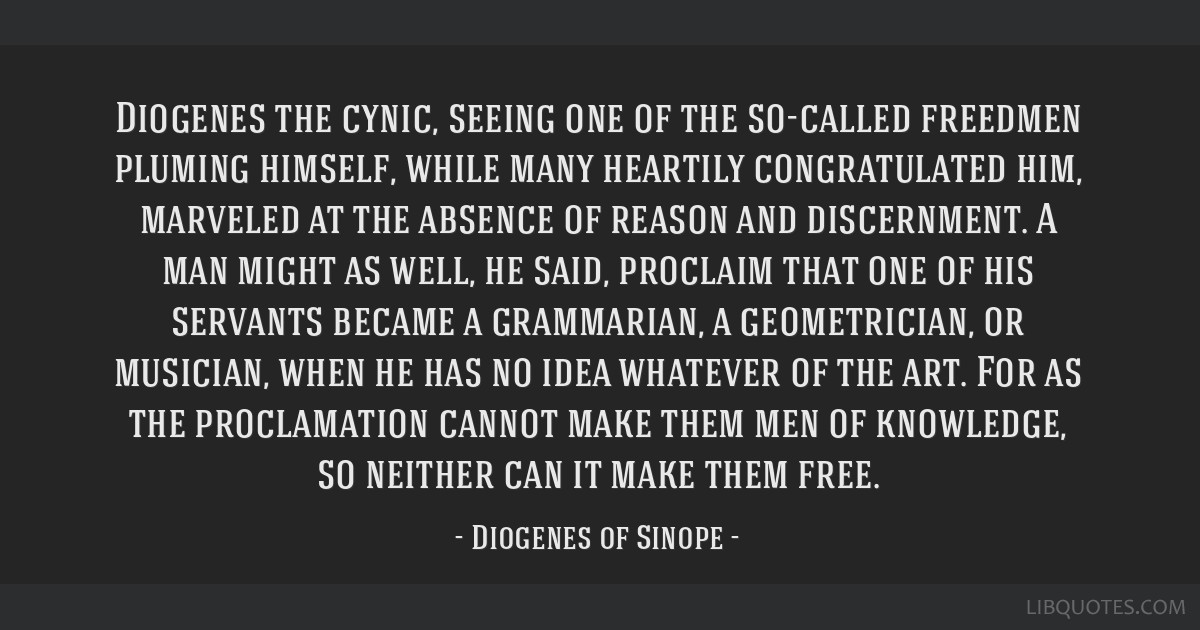 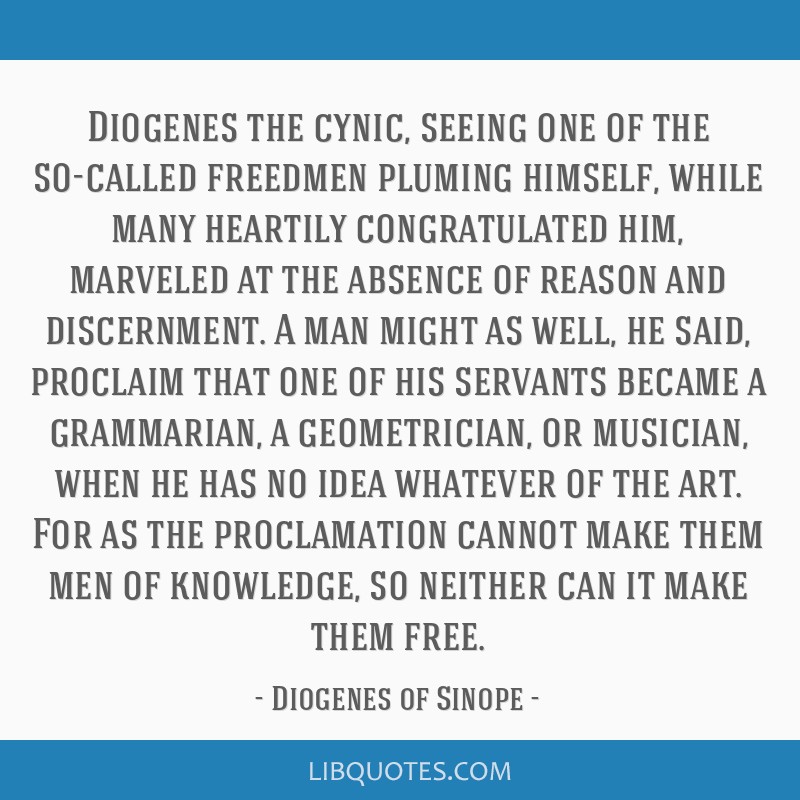 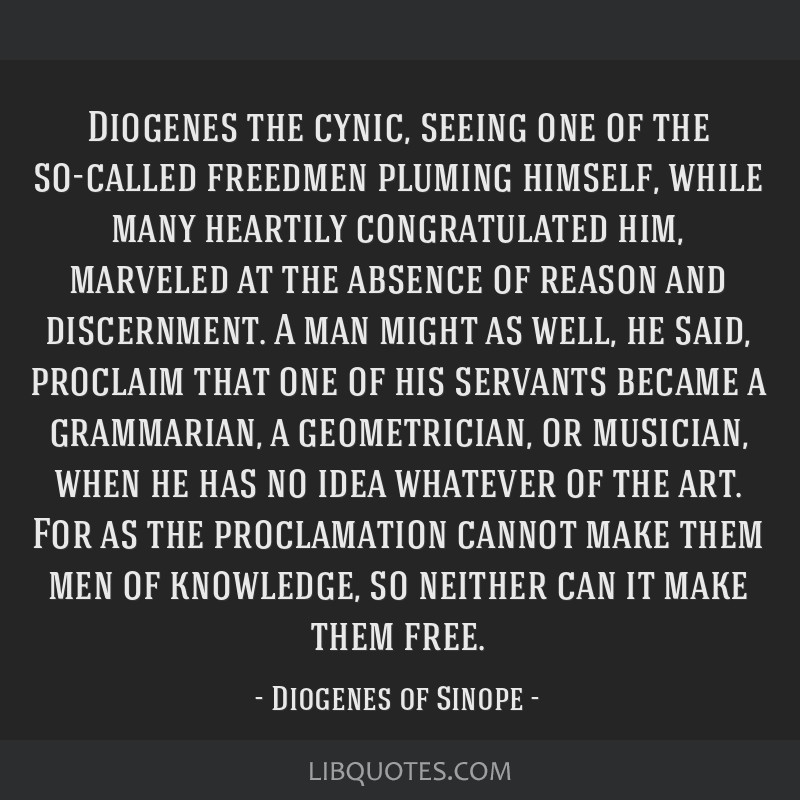