Faster-than-exponential growth also occurs in computing power, as measured by the evolution of the number of MIPS per $1,000 of computer from 1900 to 1997. Thus the so-called Moore's law is incorrect, since it implies only an exponential growth. This faster than exponential acceleration has been argued to lead to a transition to a new era, around 2030, corresponding to the epoch when we will have the technological means to create superhuman intelligence. 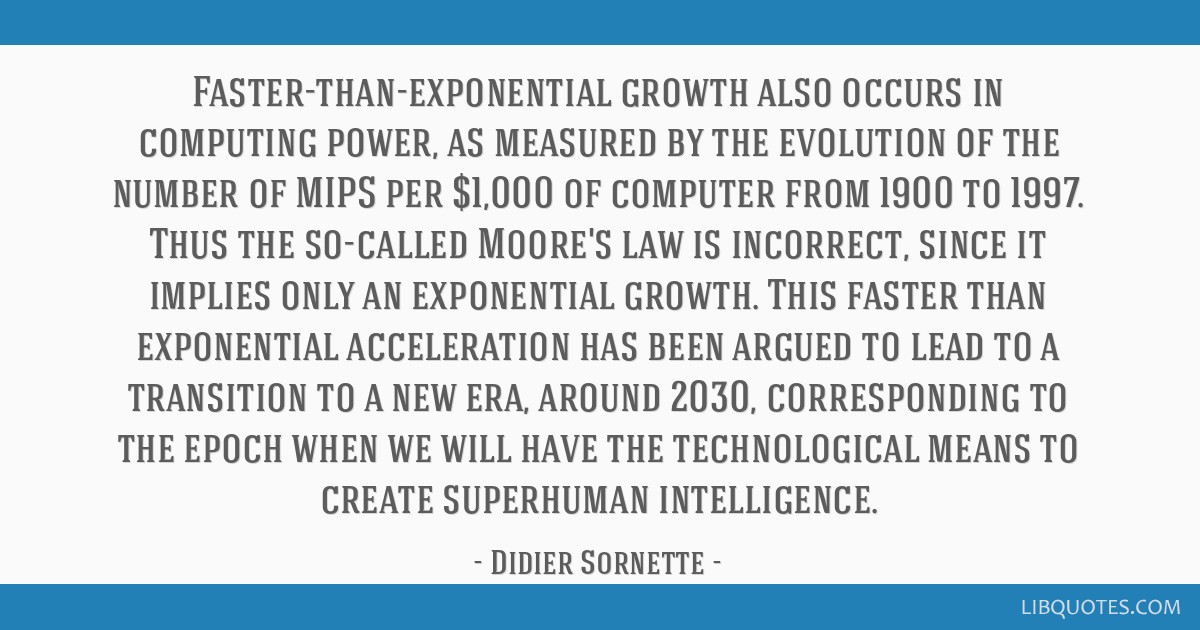 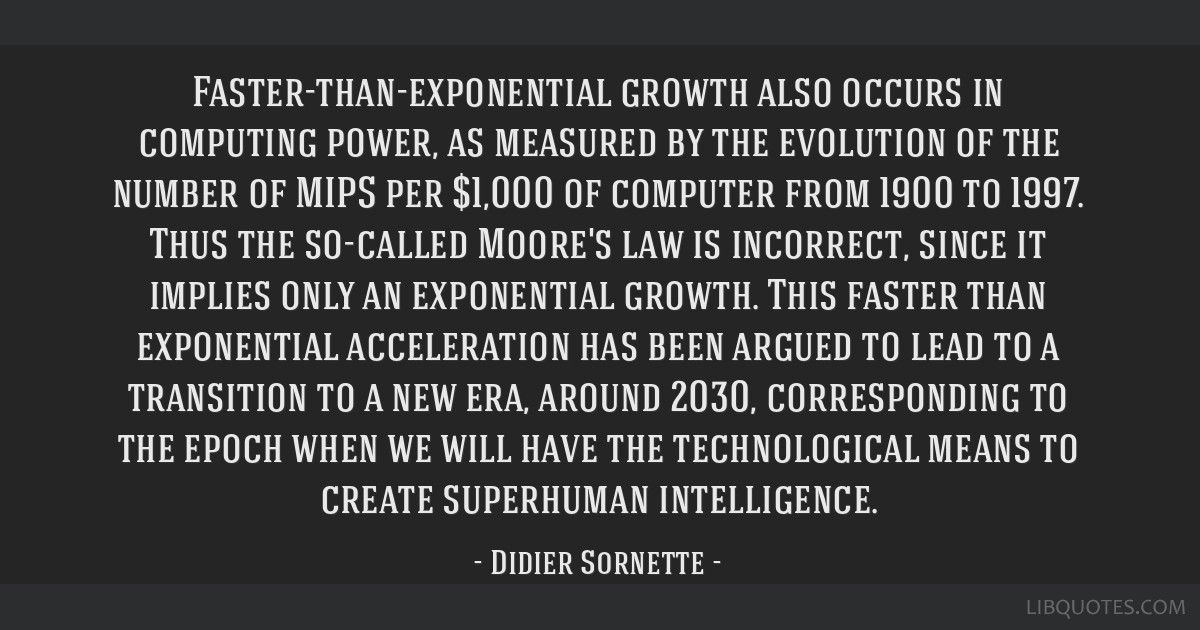 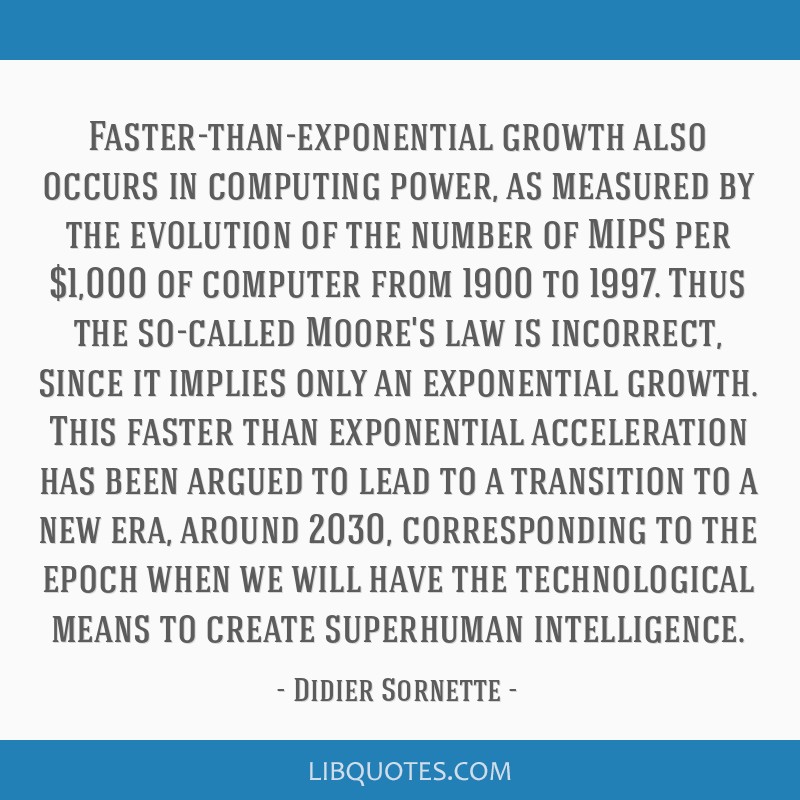 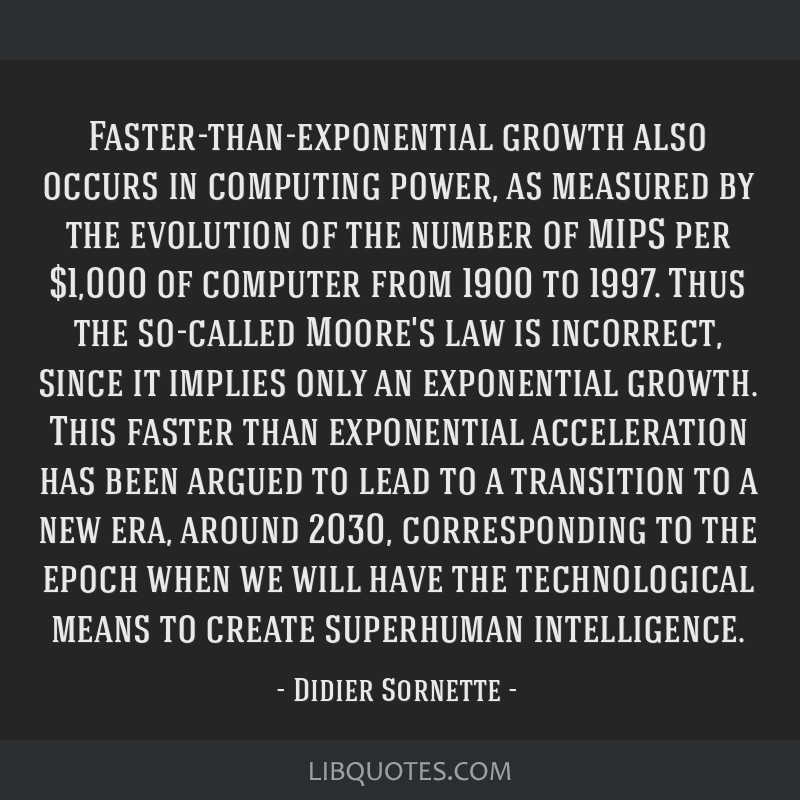 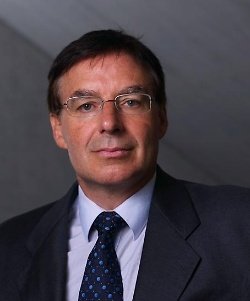