A wise man changes his mind sometimes, but a fool never. To change your mind is the best evidence you have one. The last redoubt holding out for me was the year-day principle (on which I had written a defense in 1972 for the Southern Publishing Association Daniel volume which was published in 1978). This collapsed when I handled hundreds of books of commentary on Revelation in the Library of Congress stacks and found that the respective authors had in many cases suggested dates that seemed appropriate for their own time but ridiculous later. It became clear that we, as Adventists, had done the same as our predecessors.

Desmond Ford on His Previous Defense of the Year Day Principle", Adventist Today, 2006 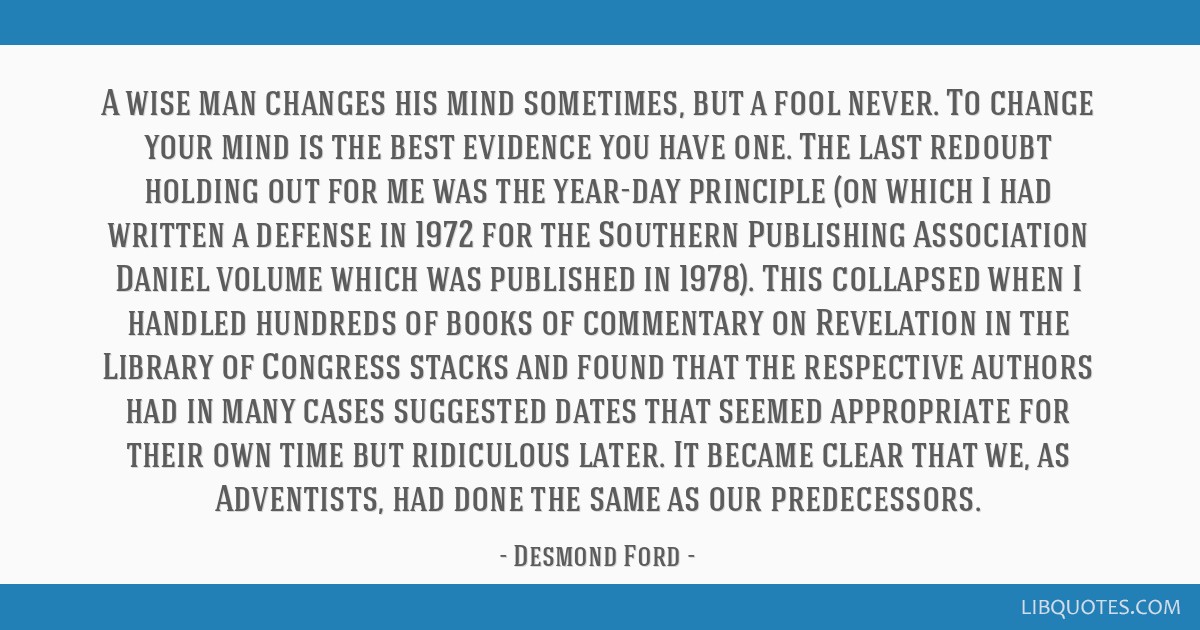 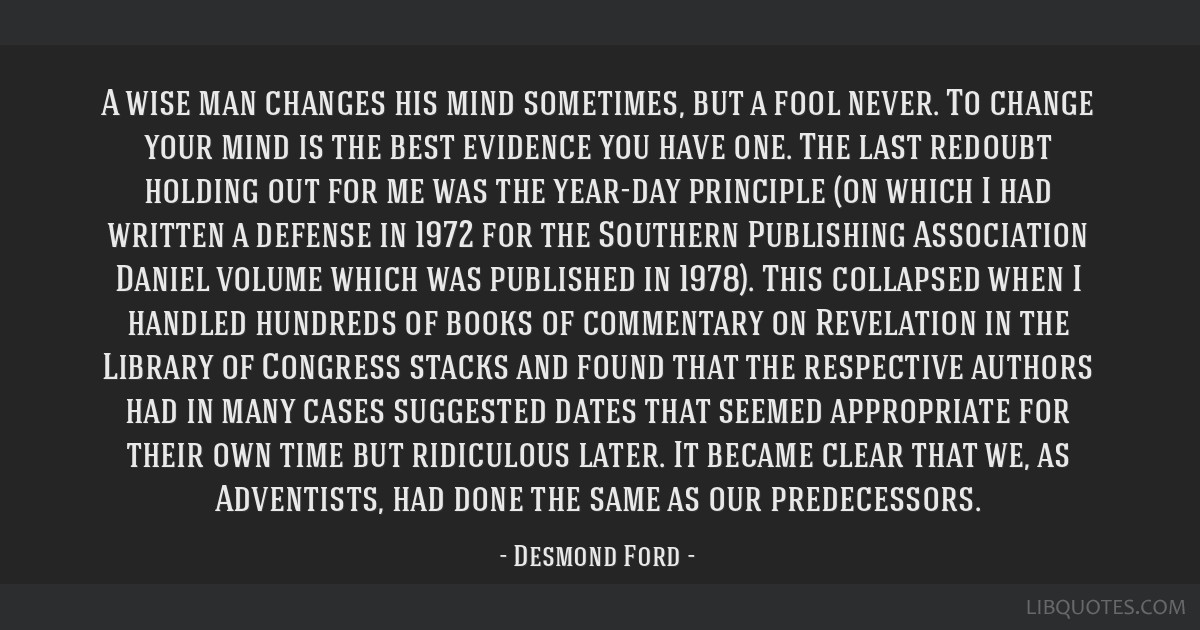 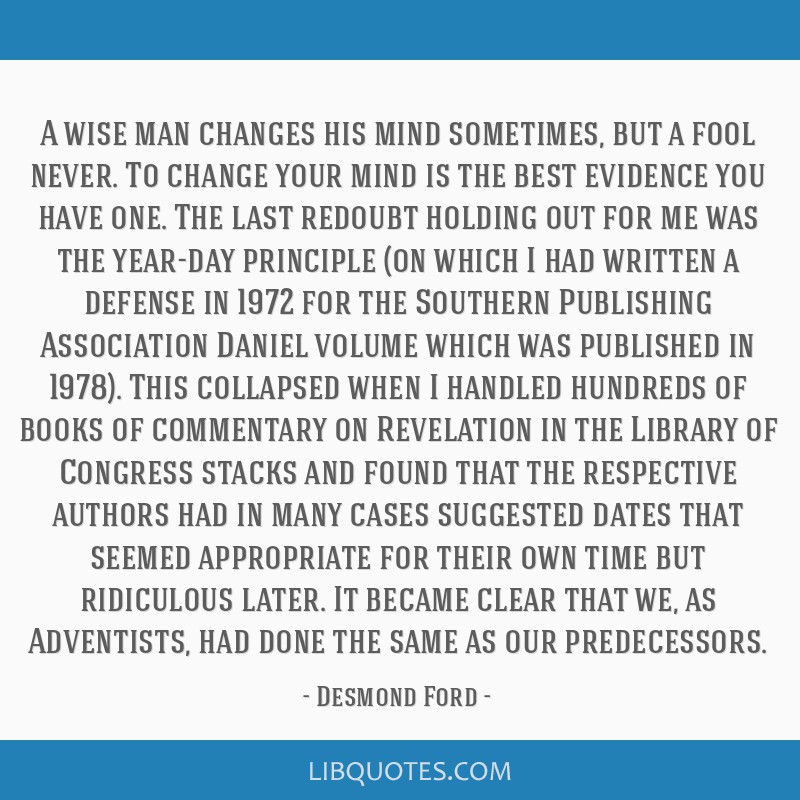 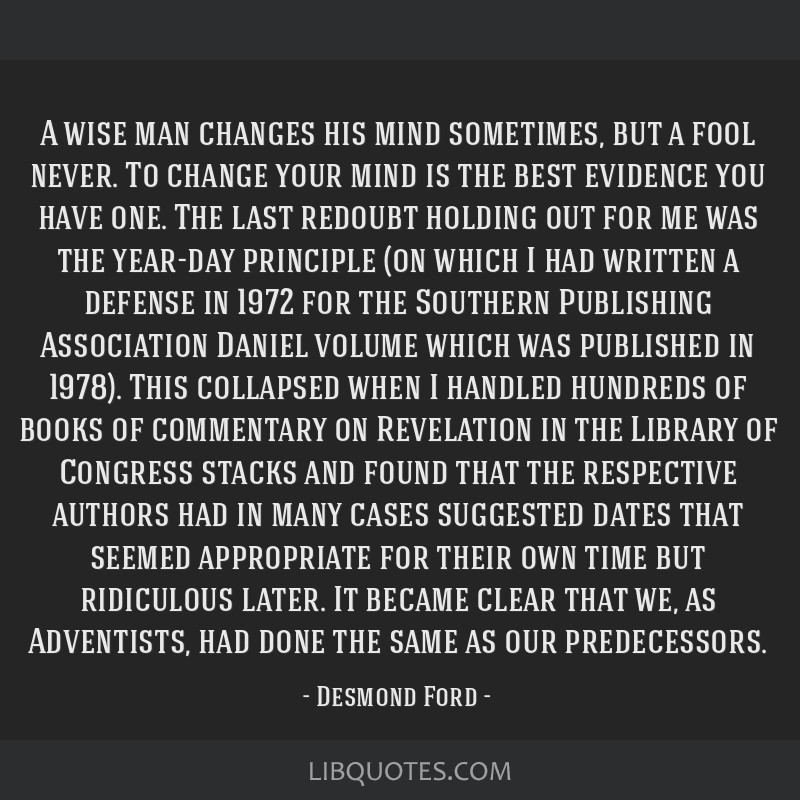