The first vows sworn by two creatures of flesh and blood were made at the foot of a rock that was crumbling to dust; they called as witness to their constancy a heaven which never stays the same for one moment; everything within them and around them was changing, and they thought their hearts were exempt from vicissitudes. Children! 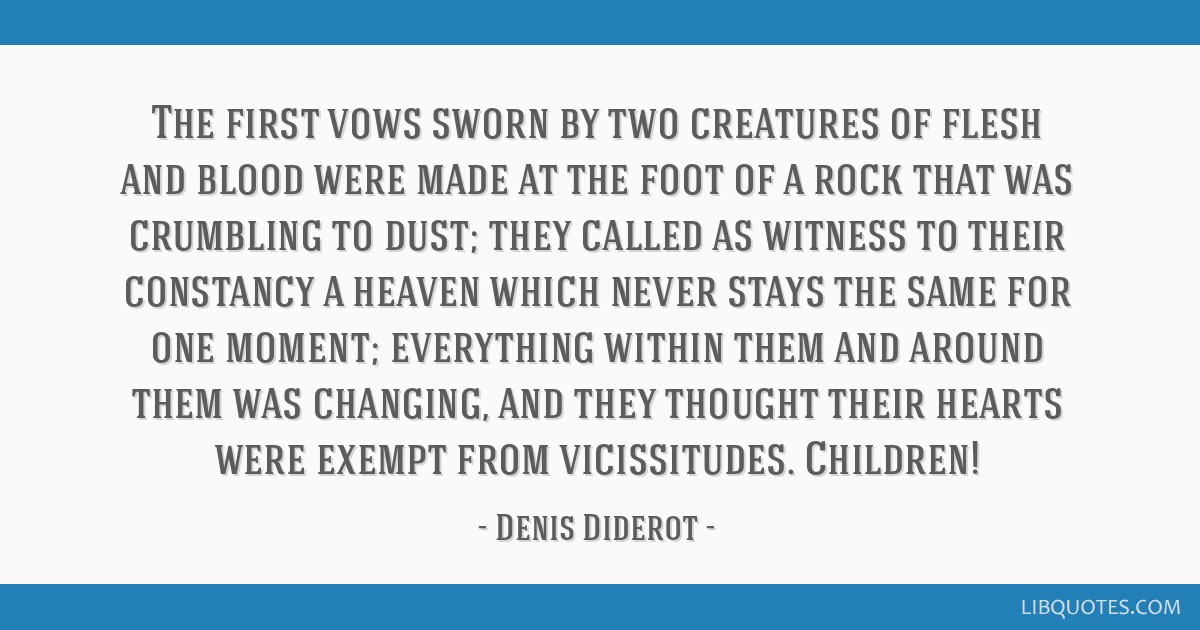 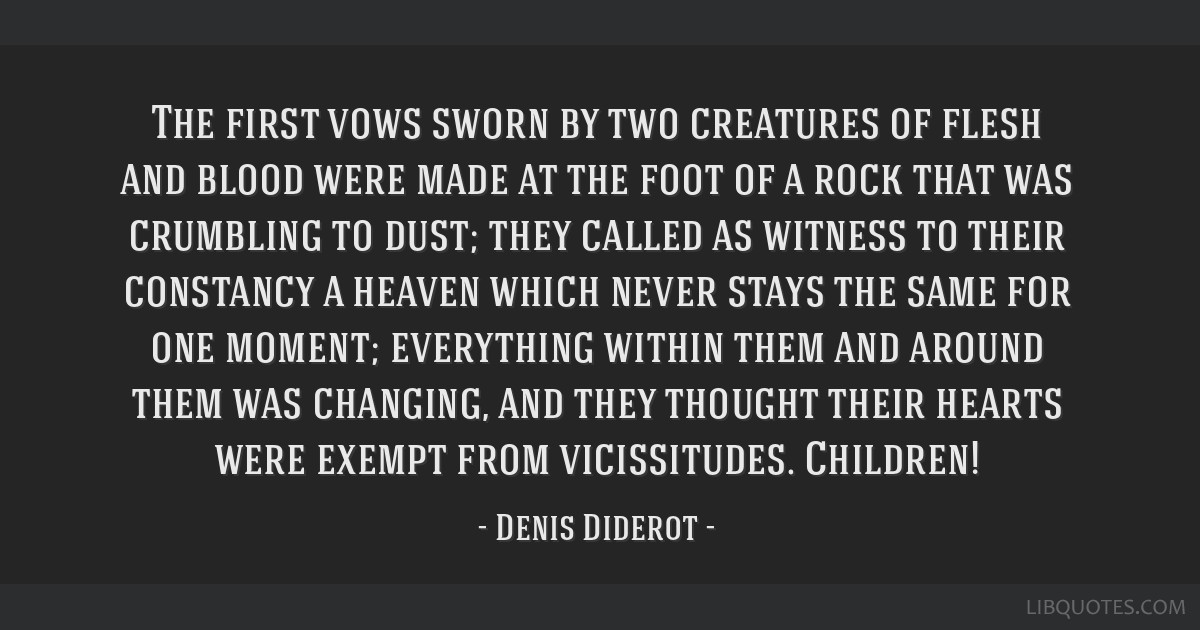 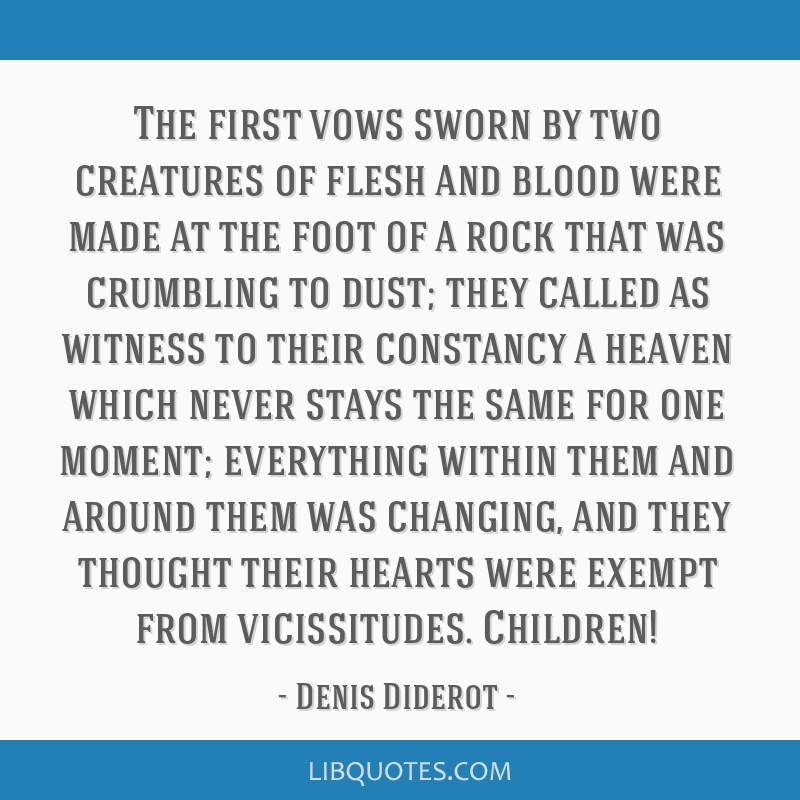 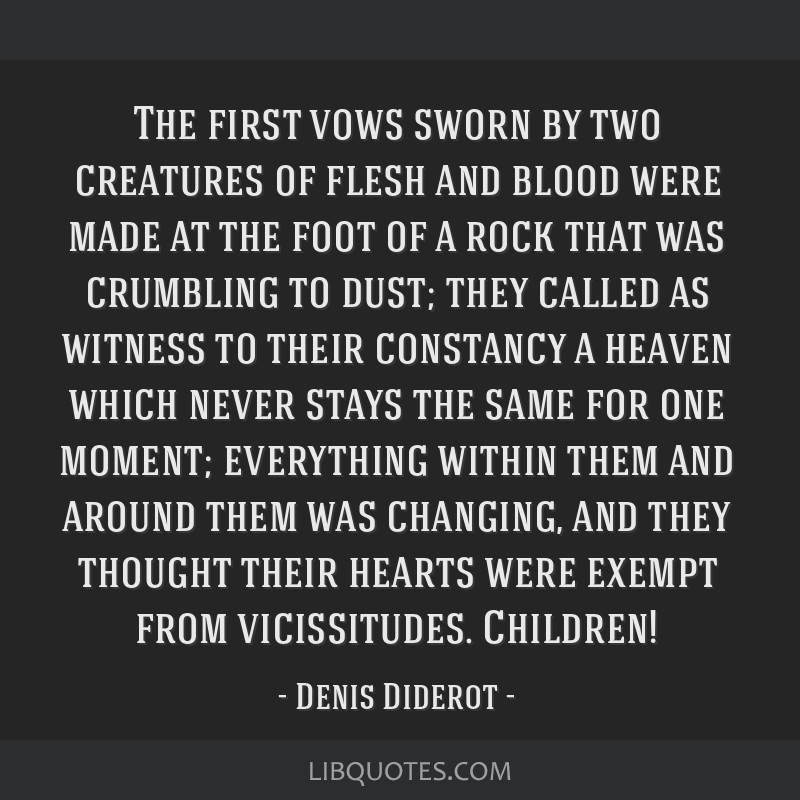 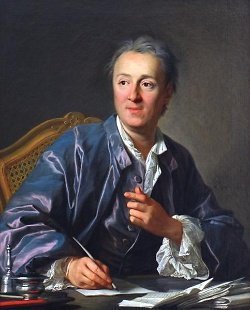