My father regarded nationalism, including Zionism, as an evil and although he never attempted to convince me of his views, his logic, here, was inescapable. 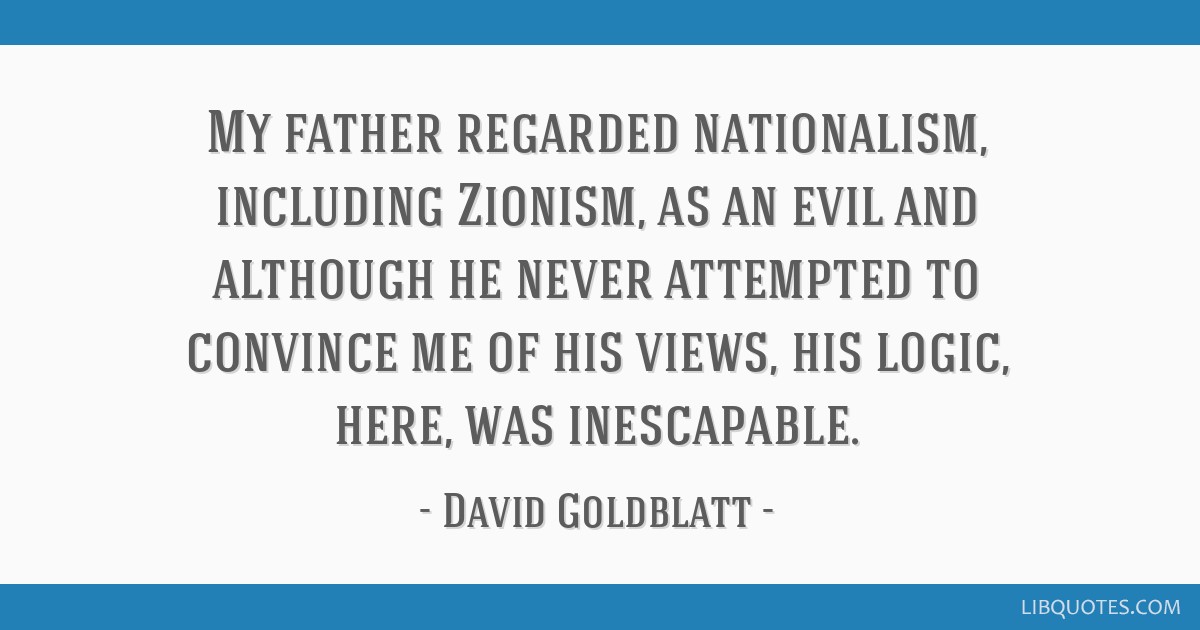 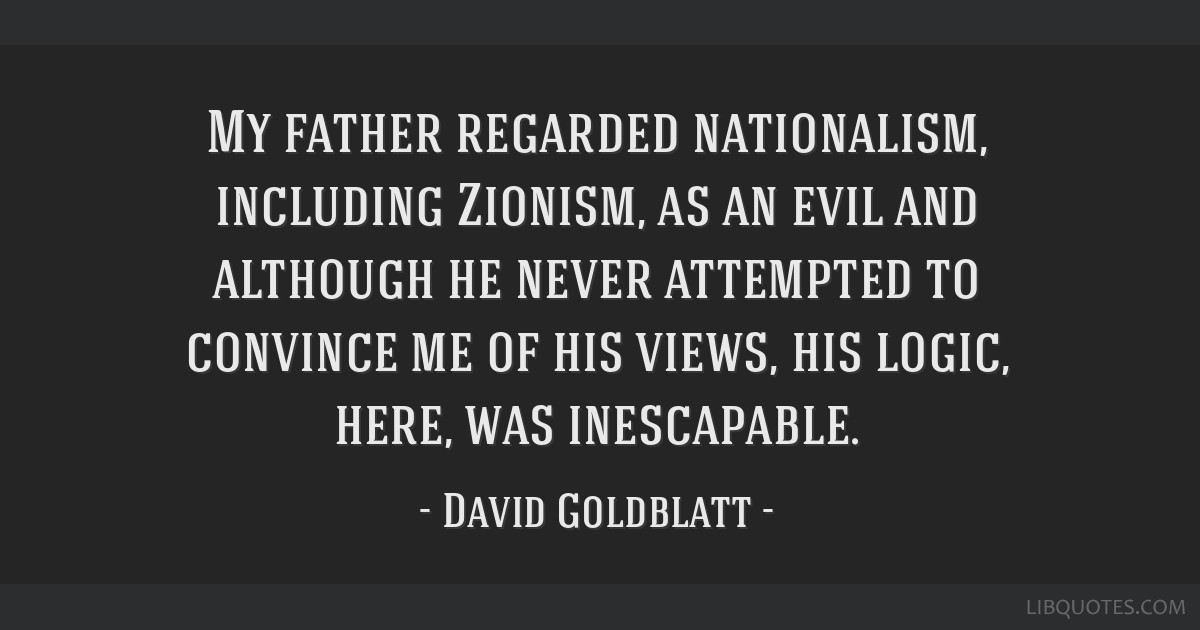 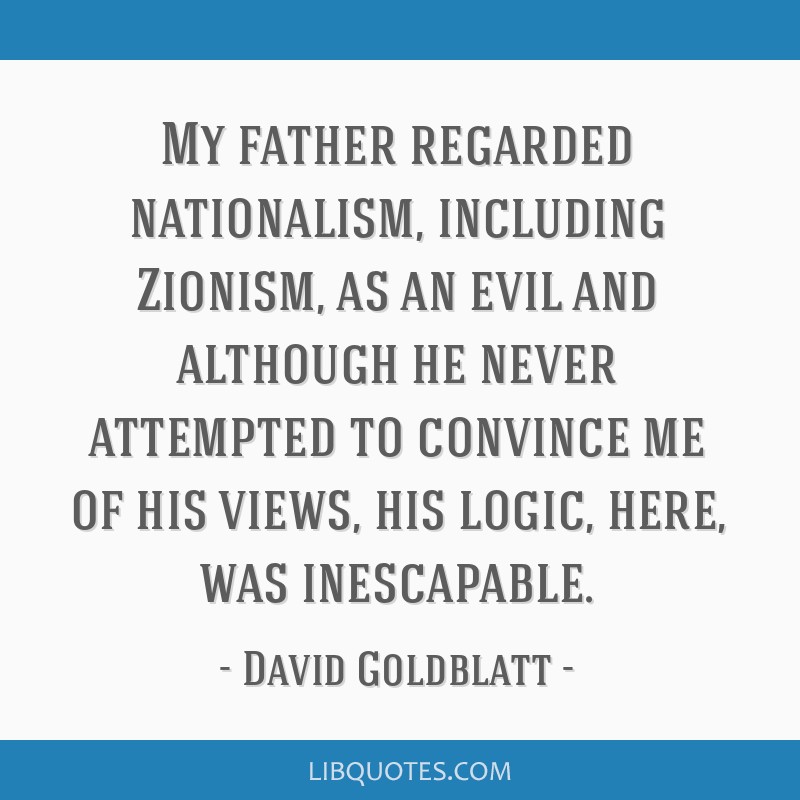 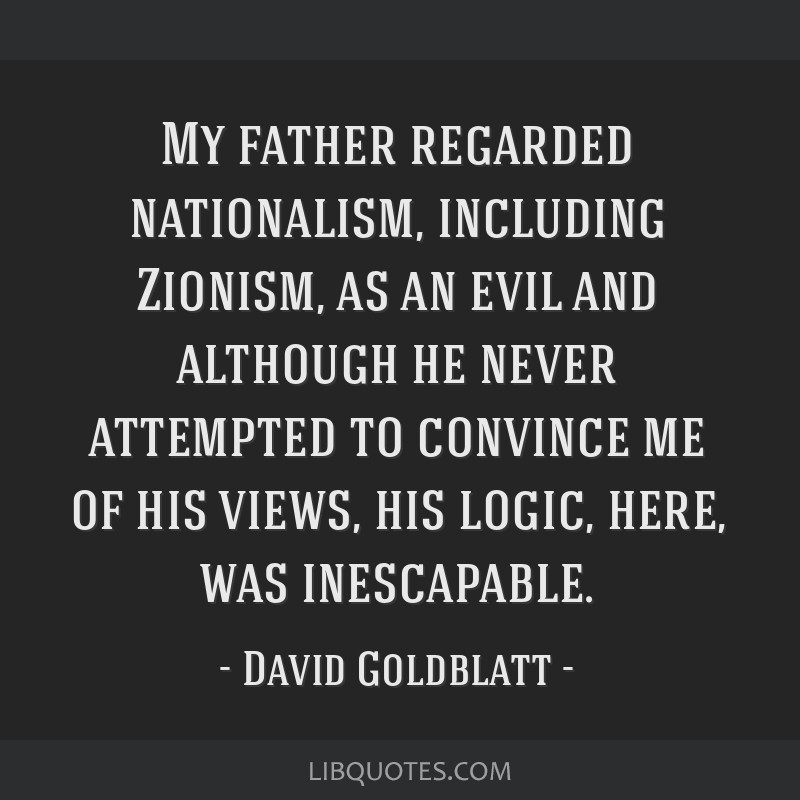