In terms of the future, our country has a hung parliament where no party has an overall majority and we have some deep and pressing problems — a huge deficit, deep social problems, a political system in need of reform. For those reasons, I aim to form a proper and full coalition between the Conservatives and the Liberal Democrats. I believe that is the right way to provide this country with the strong, the stable, the good and decent government that I think we need so badly.
Nick Clegg and I are both political leaders who want to put aside party differences and work hard for the common good and for the national interest. I believe that is the best way to get the strong government that we need, decisive Government that we need today. 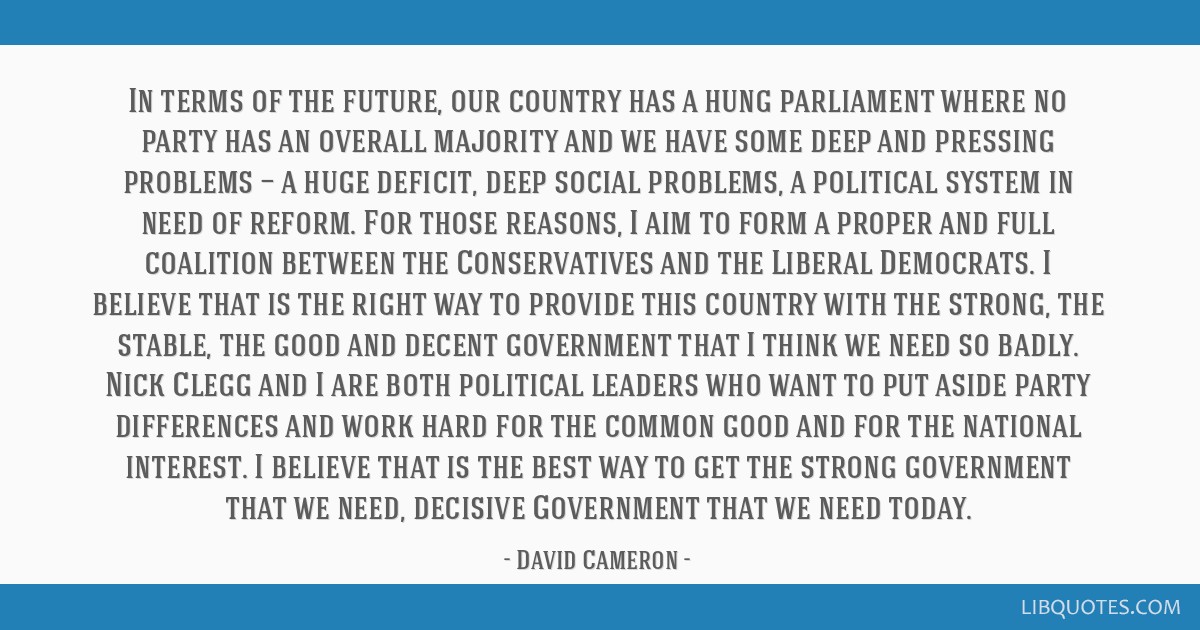 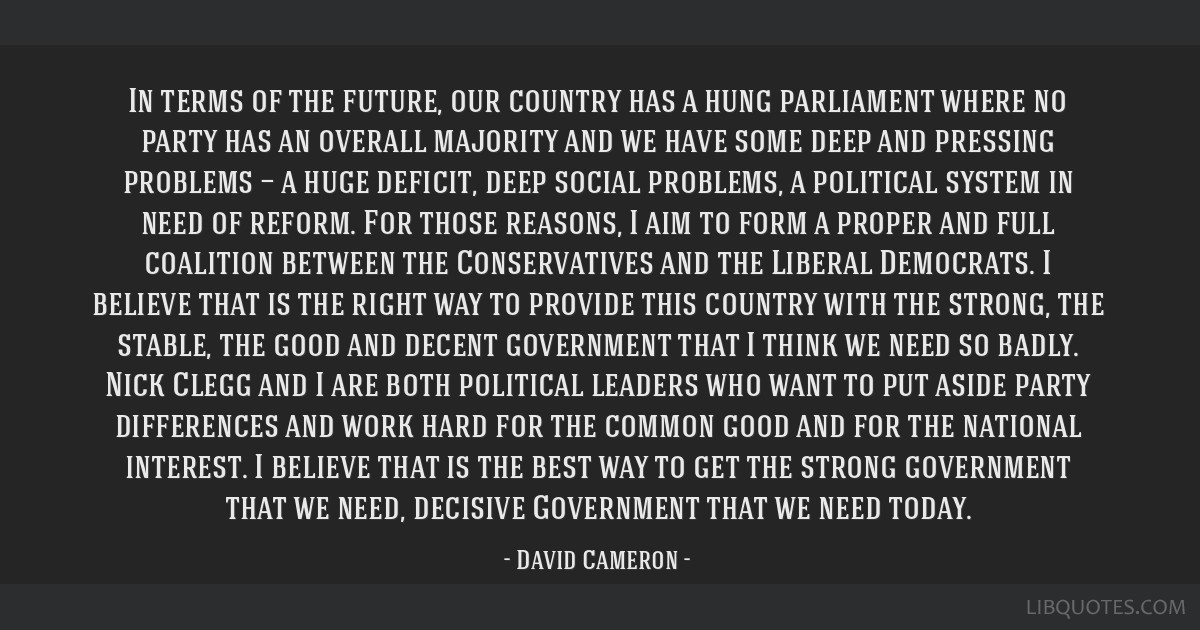 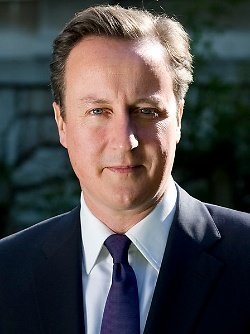