We have reversed the usual classical notion that the independent "elementary parts" of the world are the fundamental reality, and that the various systems are merely particular contingent forms and arrangements of these parts. Rather, we say that inseparable quantum interconnectedness of the whole universe is the fundamental reality, and that relatively independent behaving parts are merely particular and contingent forms within this whole.

"On the Intuitive Understanding of Nonlocality as Implied by Quantum Theory", Foundations of Physics Vol 5 (1975) 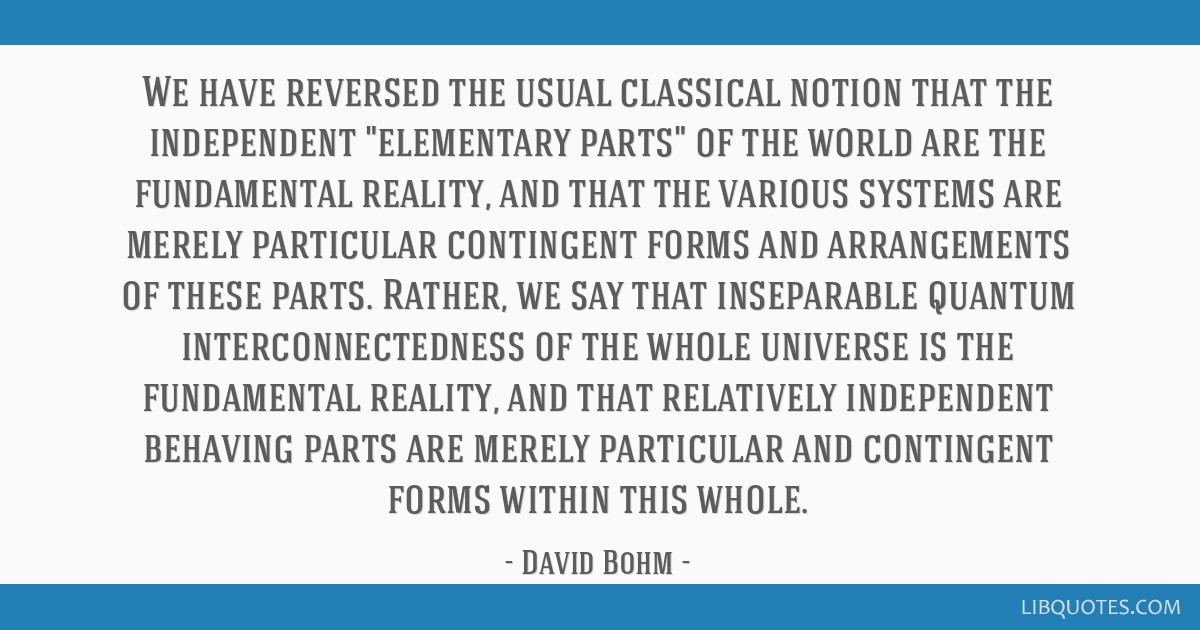 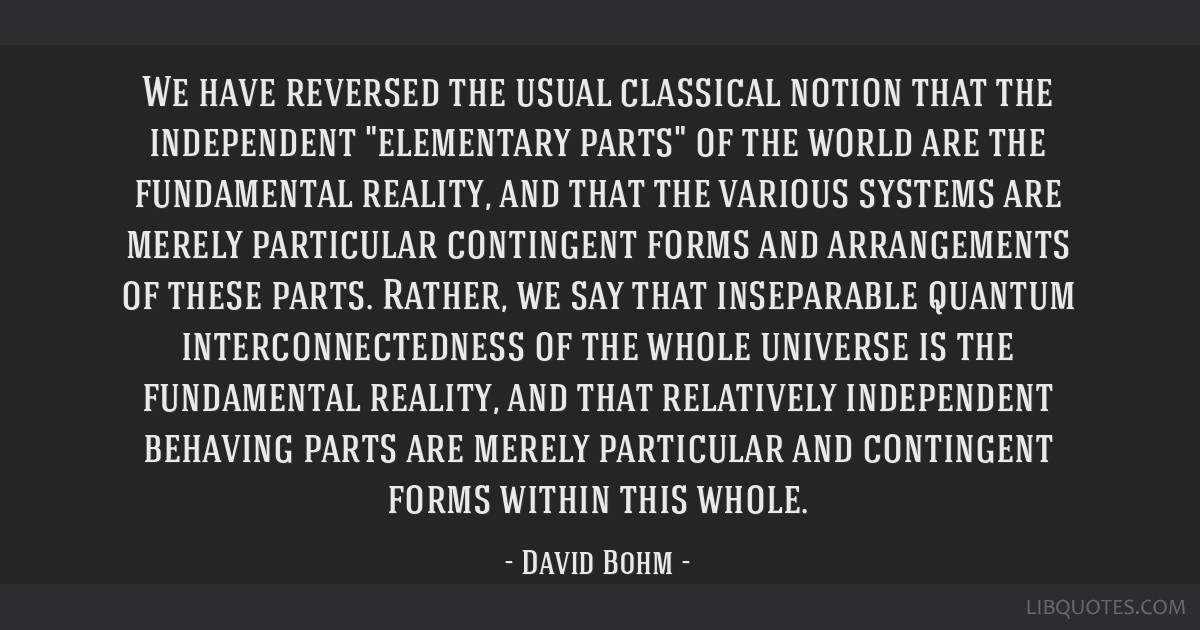 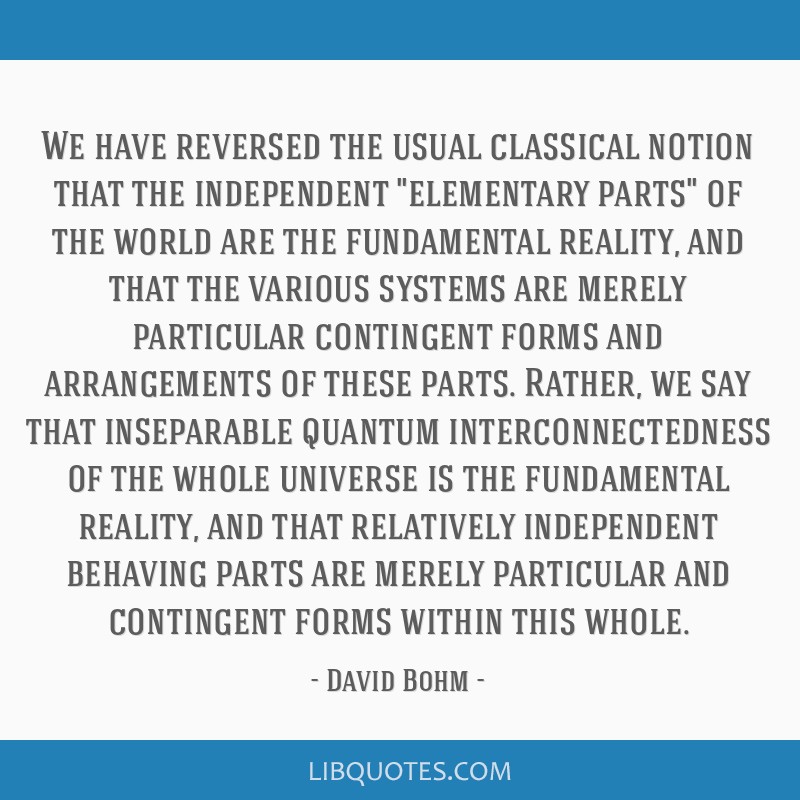 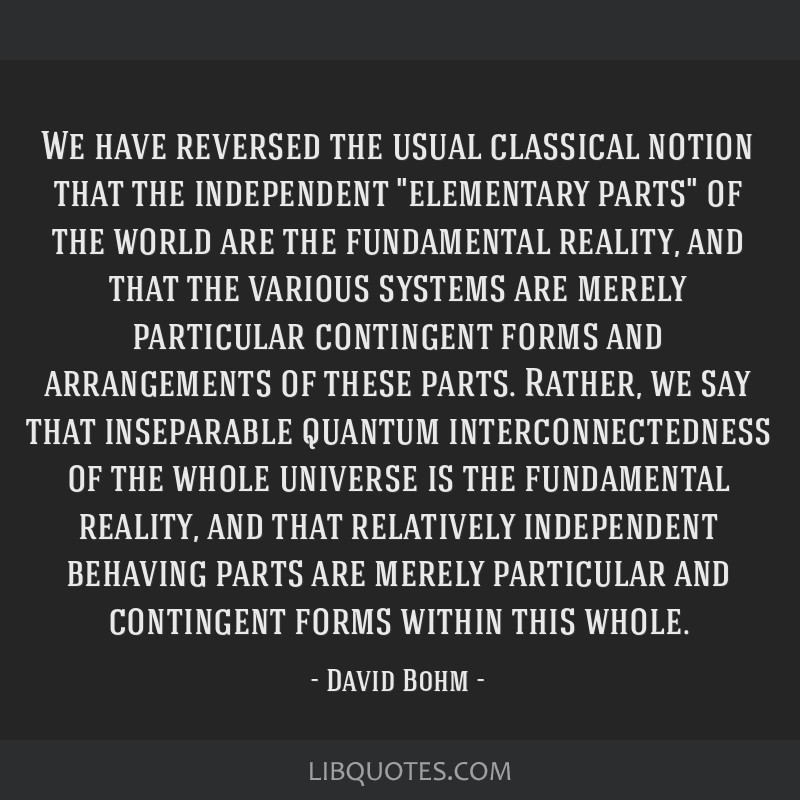 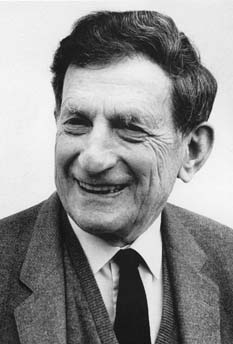