It was not the passion that was new to her, it was the yearning adoration. She knew she had always feared it, for it left her helpless; she feared it still, lest if se adored him too much, then she would lose herself, become effaced, and she did not want to be effaced, a slave, like a savage woman. She must not become a slave. She feared her adoration, yet she would not at once fight against it. 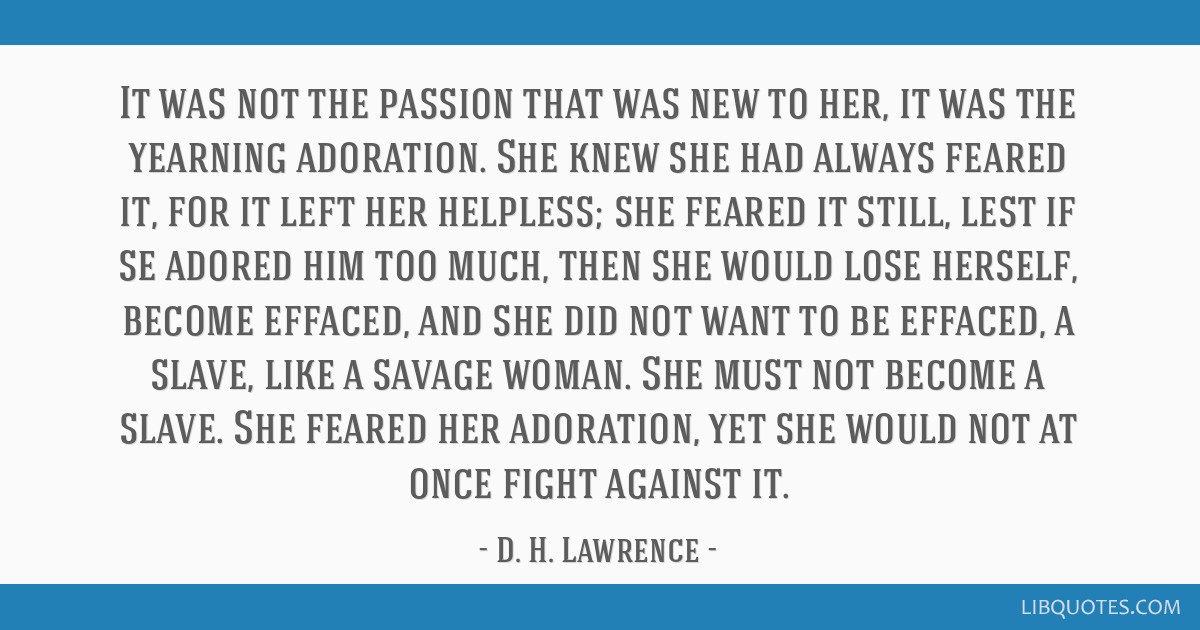 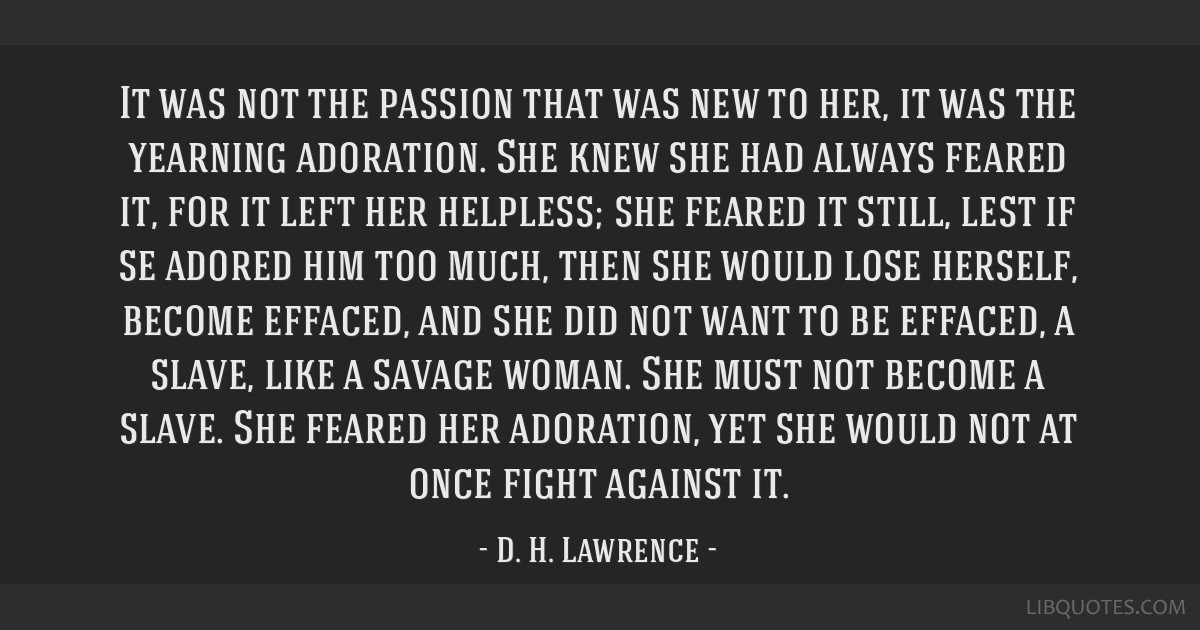 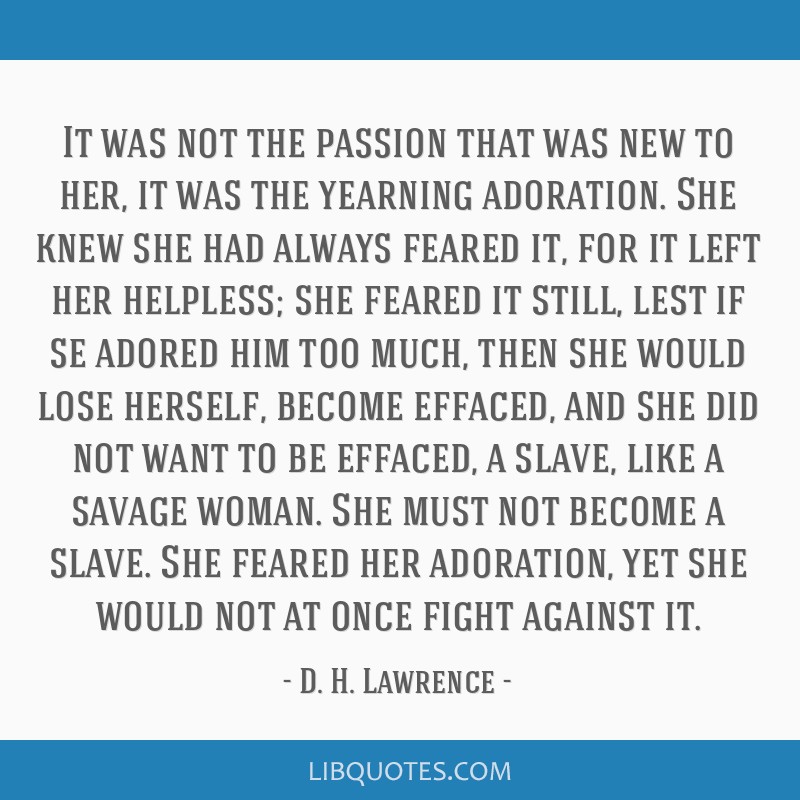 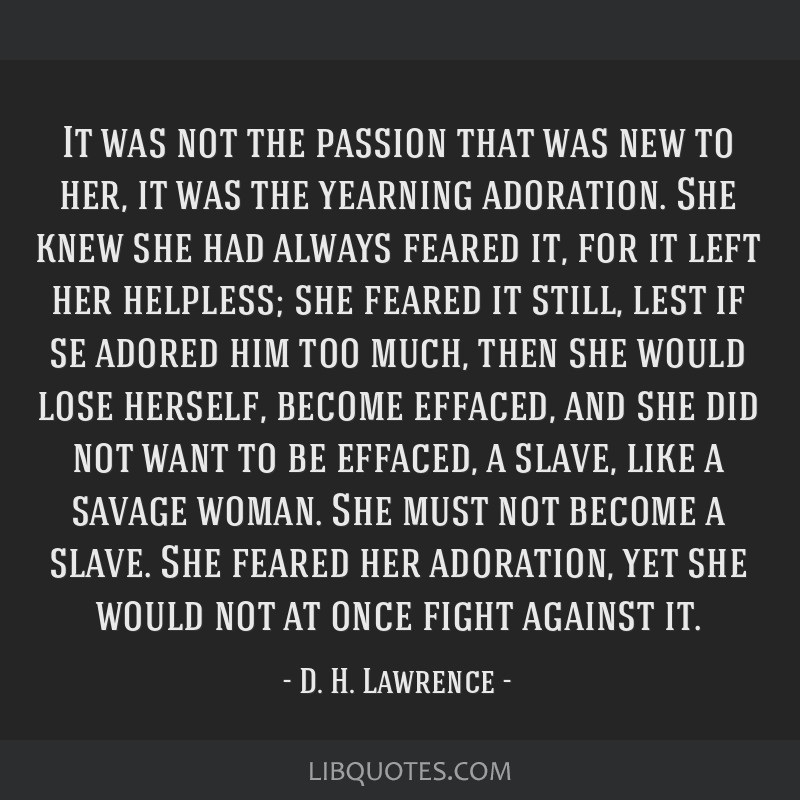 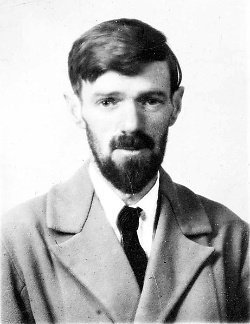