Whom the Gods wish to destroy, they first call promising.
Young writers if they are to mature require a period of between three and seven years in which to live down their promise. Promise is like the mediaeval hangman who after settling the noose, pushed his victim off the platform and jumped on his back, his weight acting a drop while his jockeying arms prevented the unfortunate from loosening the rope. When he judged him dead he dropped to the ground. 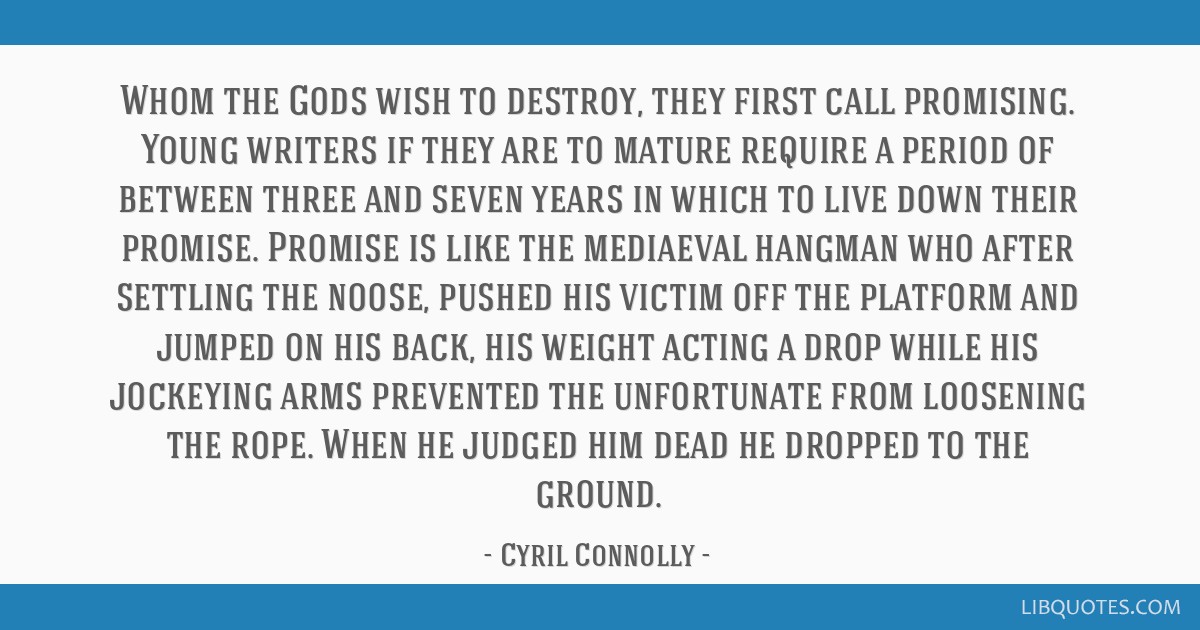 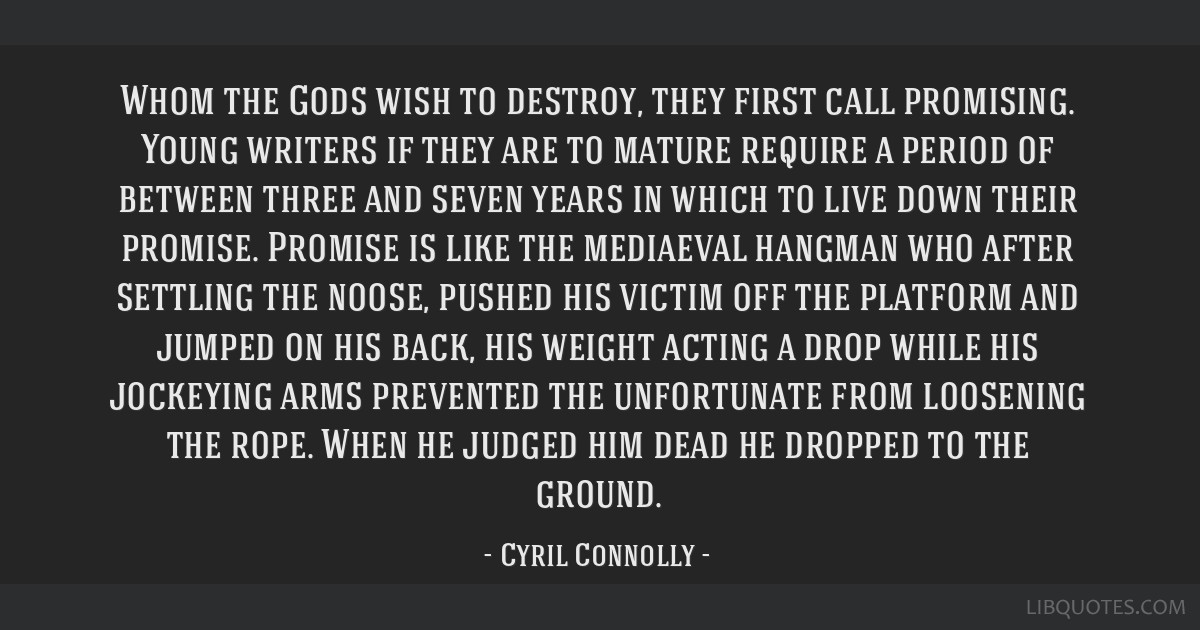 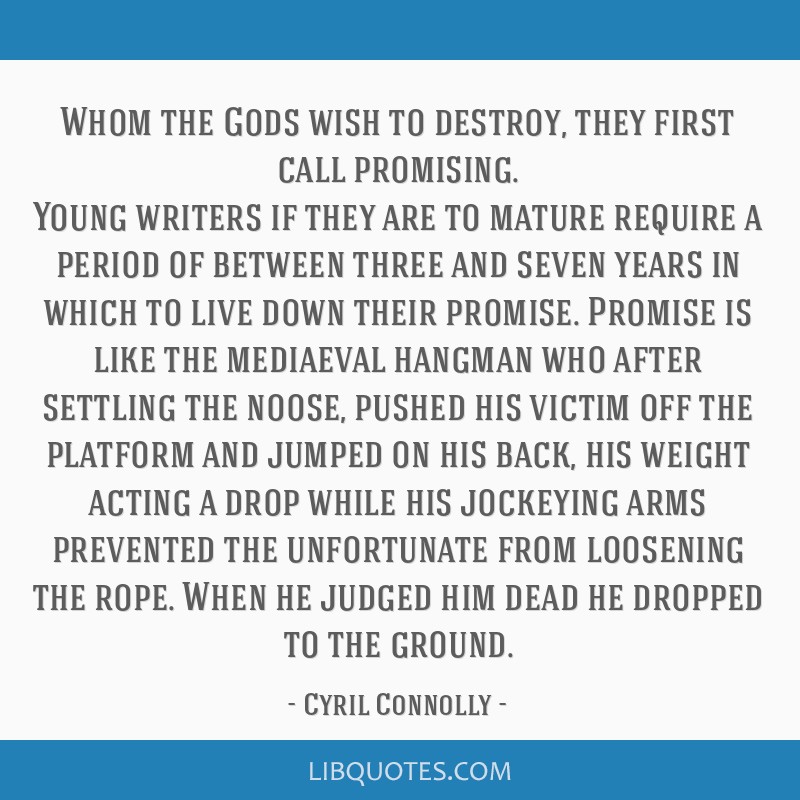 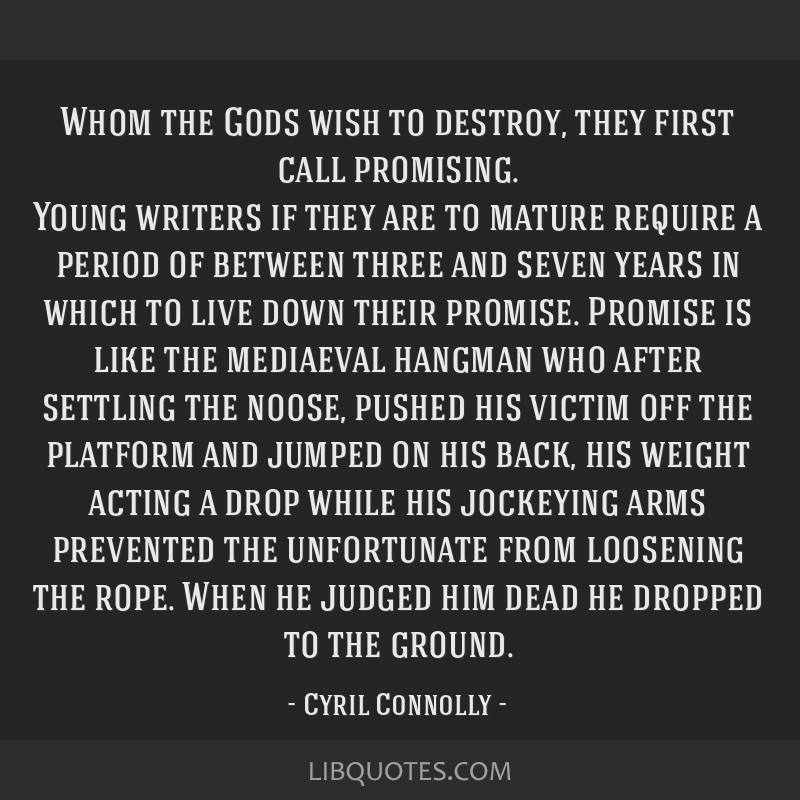 A cynic is a man who looks at the world with a monocle in his mind's eye.
Carolyn Wells