American progressivism maintains a hyper-consciousness of race, obsessively emphasizing its centrality to human identity and relentlessly breaking down populations by racial categories. If nothing else, aggressive affirmative action requires that everyone be identified racially. When it's time to measure political opinions, nothing is as salient as race, and the Trump phenomenon gets explained almost exclusively in terms of racial distributions, as white rage or white nationalism. 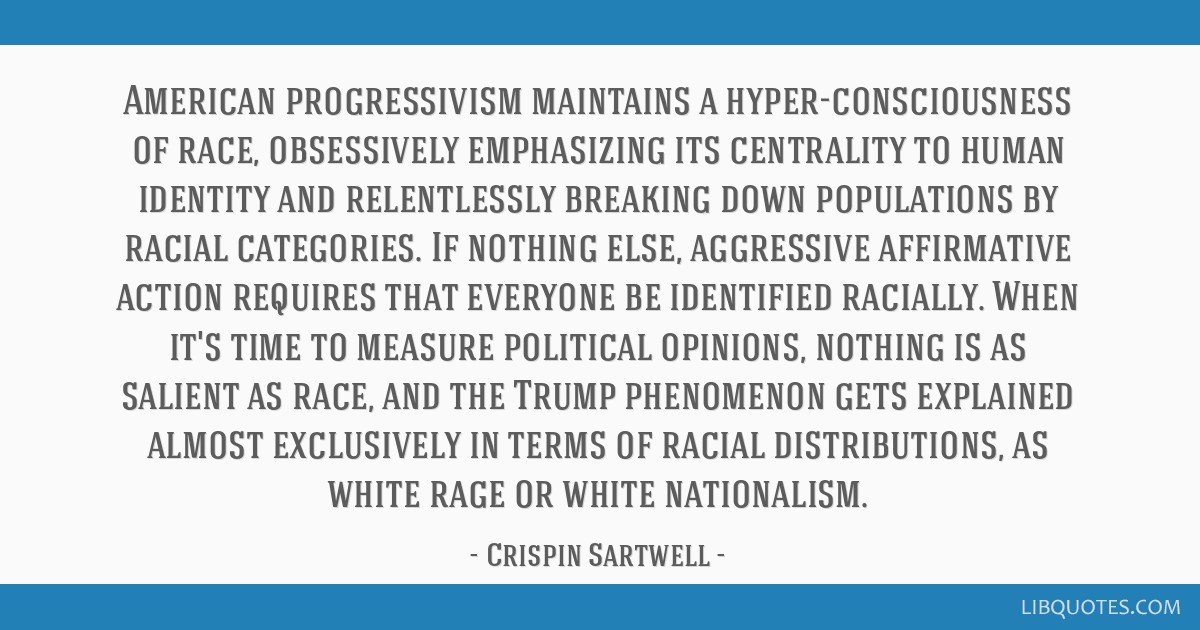 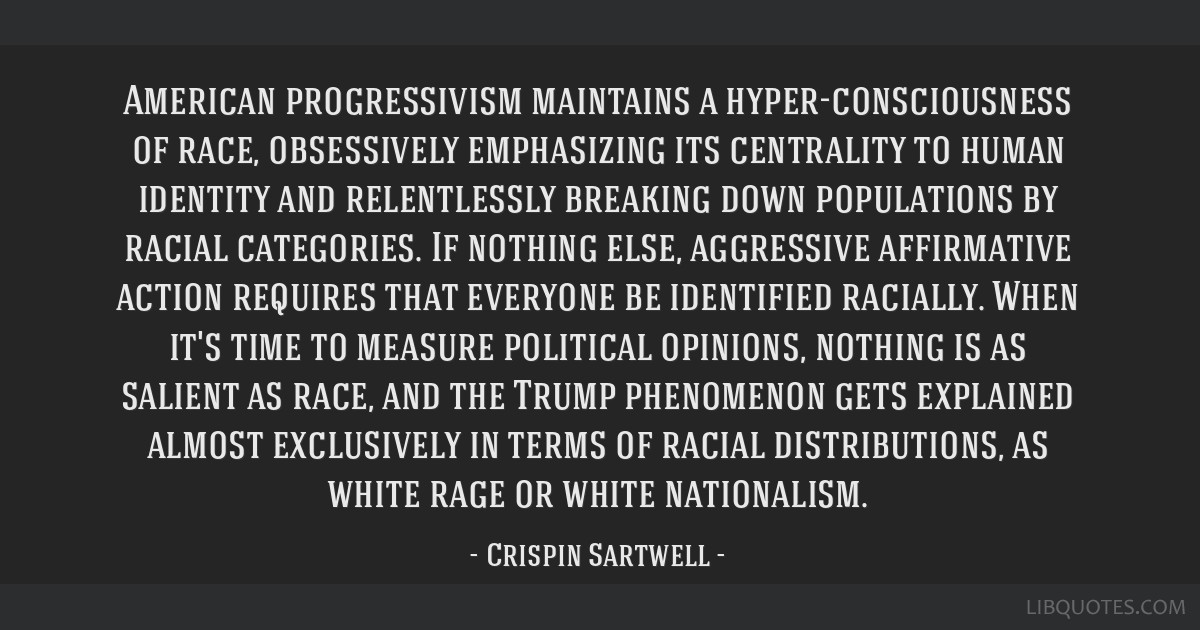 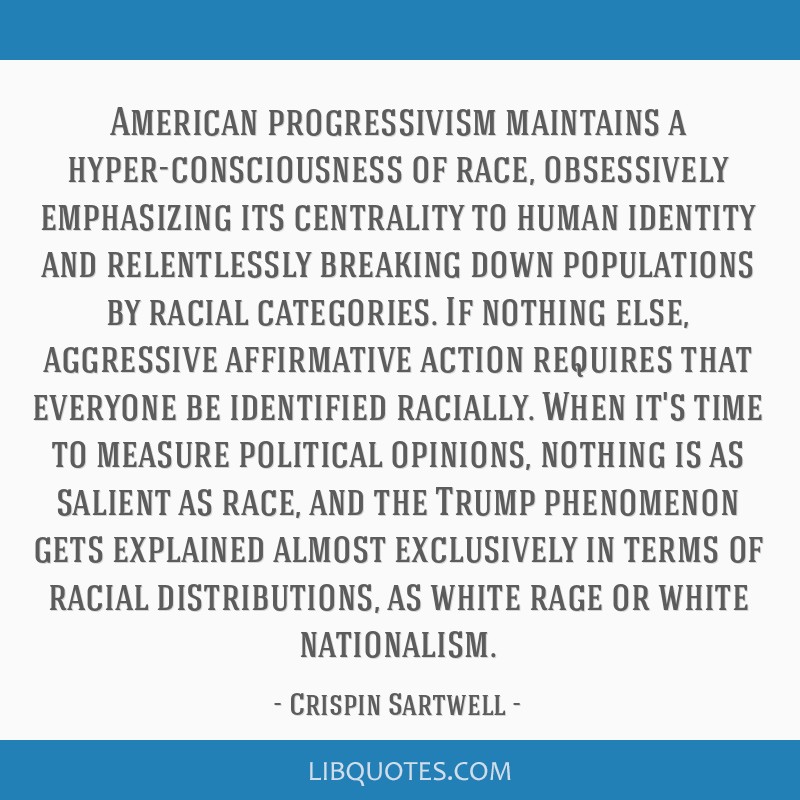 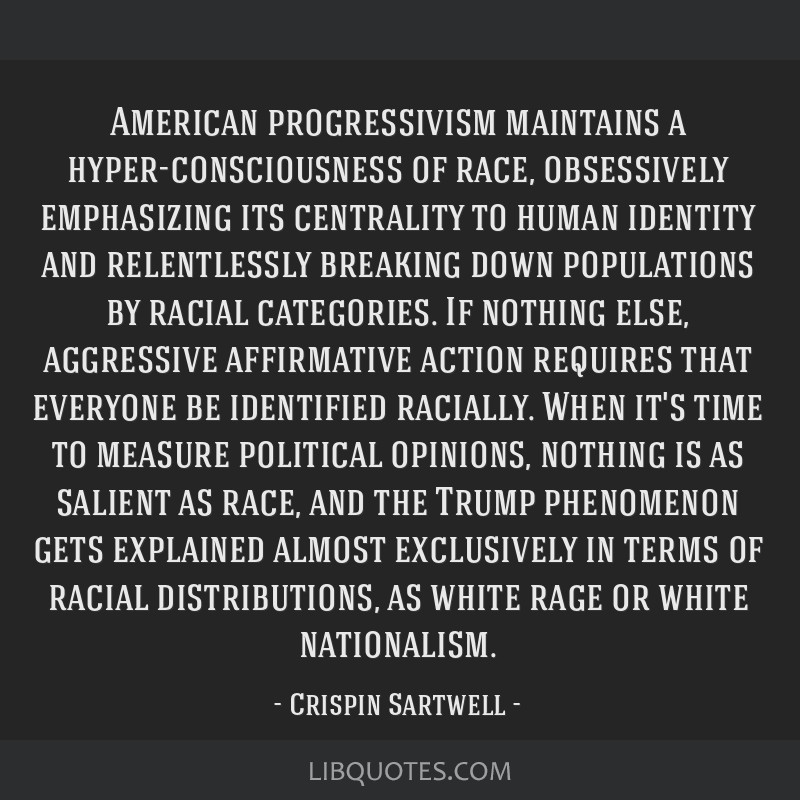