While there is a reasonable possibility that a peacetime armed force could be entirely voluntary, I am certain that an armed force involved in a major conflict could not be voluntary

in a letter to Thomas Gates in 1969 as a member of the President's Commission on the All Volunteer Force. 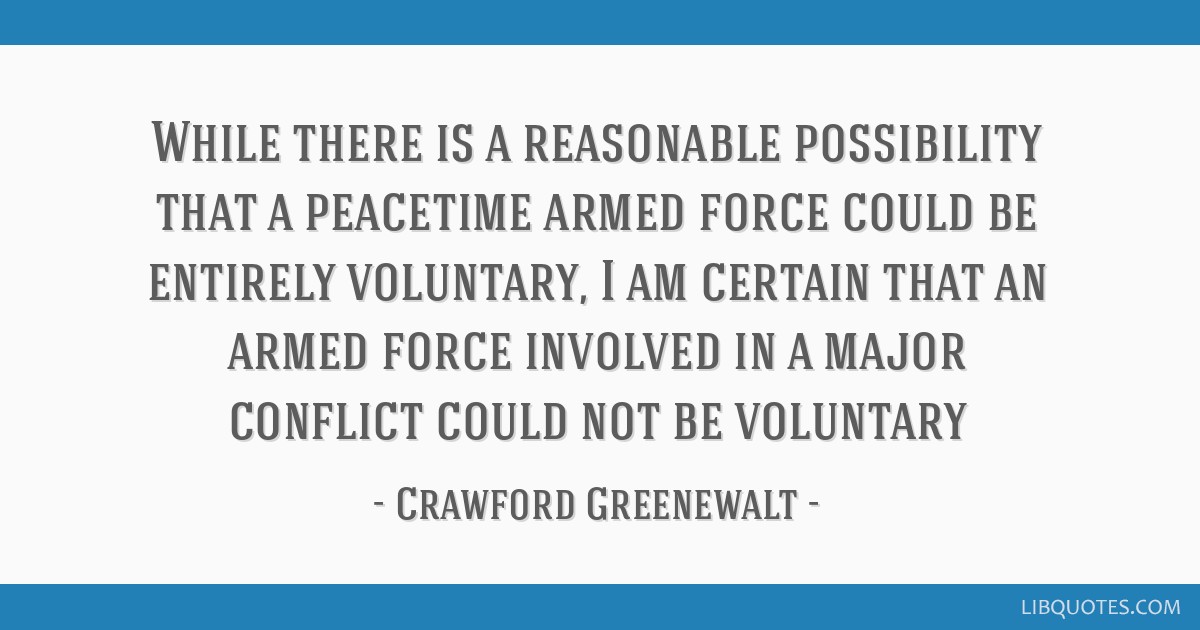 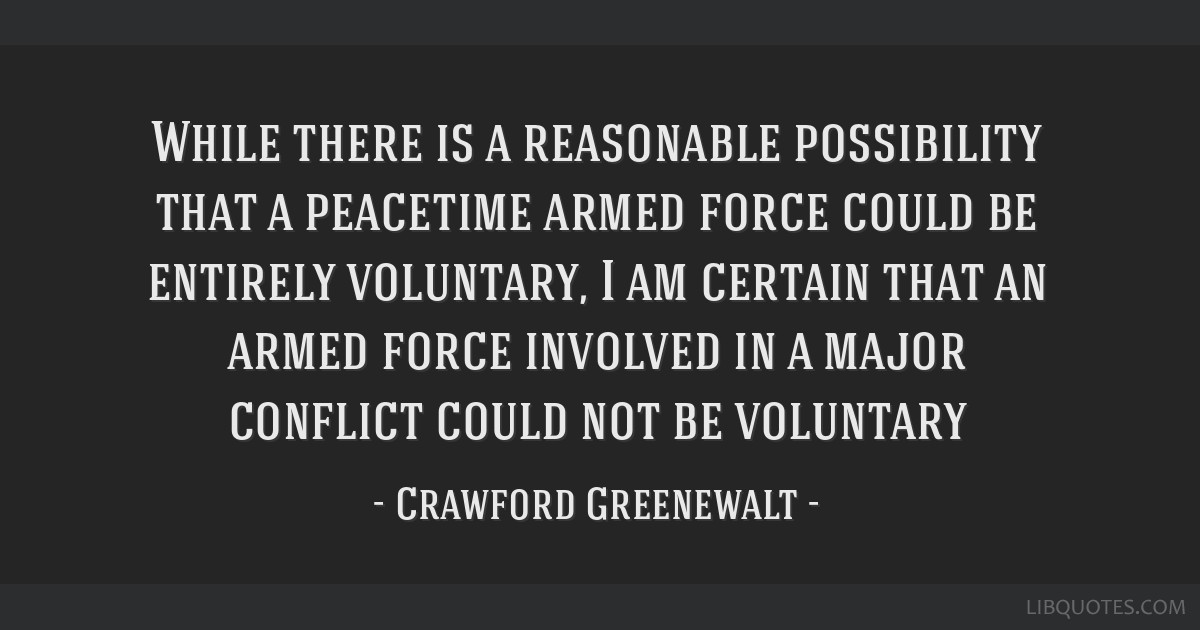 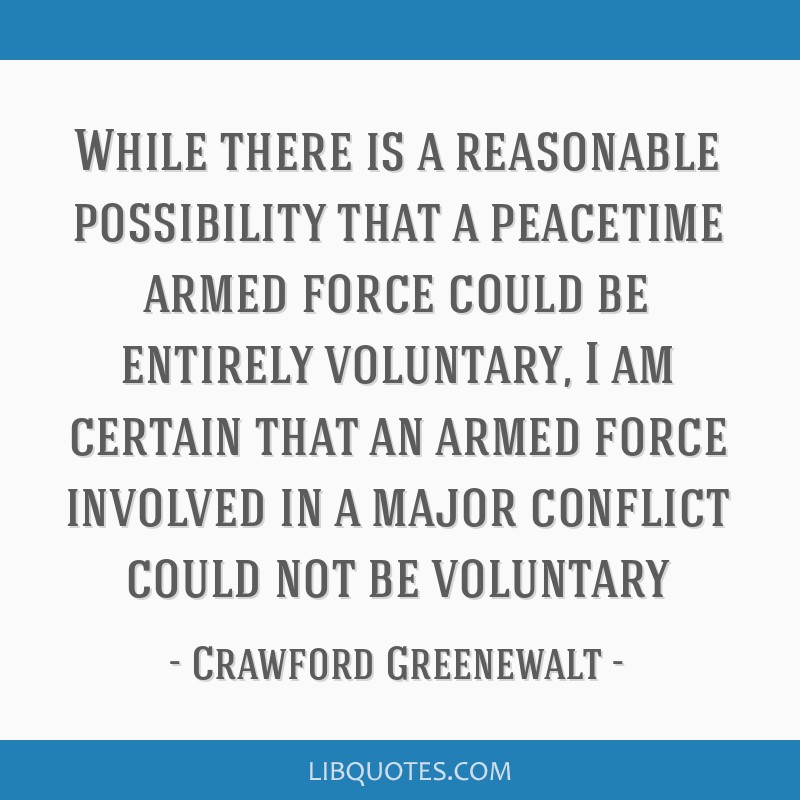 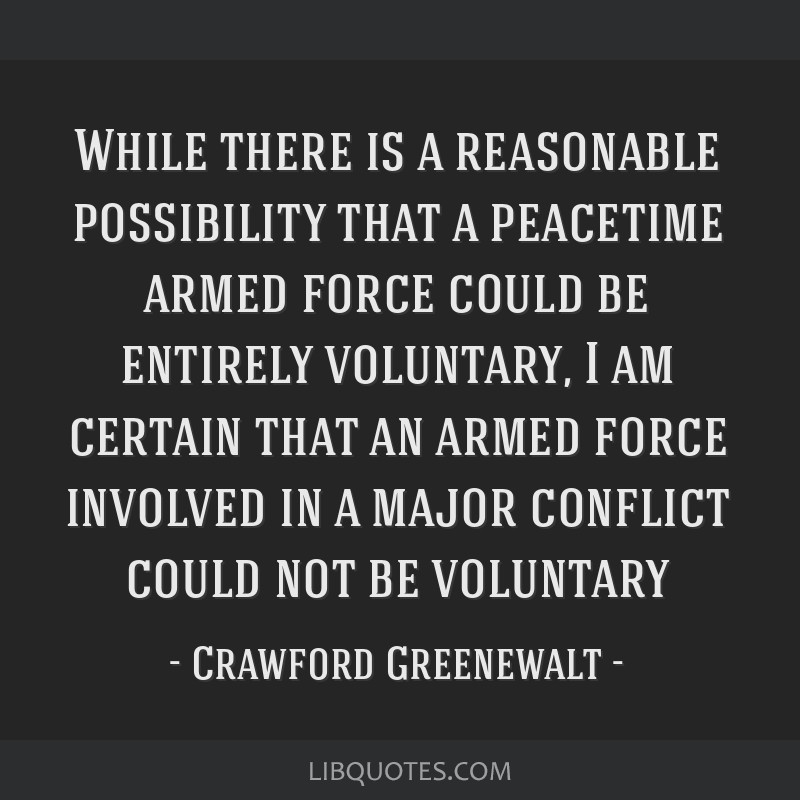