Dustin Hoffman and Al Pacino play losers very well. But my audience like to be in there vicariously with a winner. That isn't always popular with critics. My characters have sensitivity and vulnerabilities, but they're still winners. I don't pretend to understand losers. When I read a script about a loser I think of people in life who are losers and they seem to want it that way. It's a compulsive philosophy with them. Winners tell themselves, I'm as bright as the next person. I can do it. Nothing can stop me. 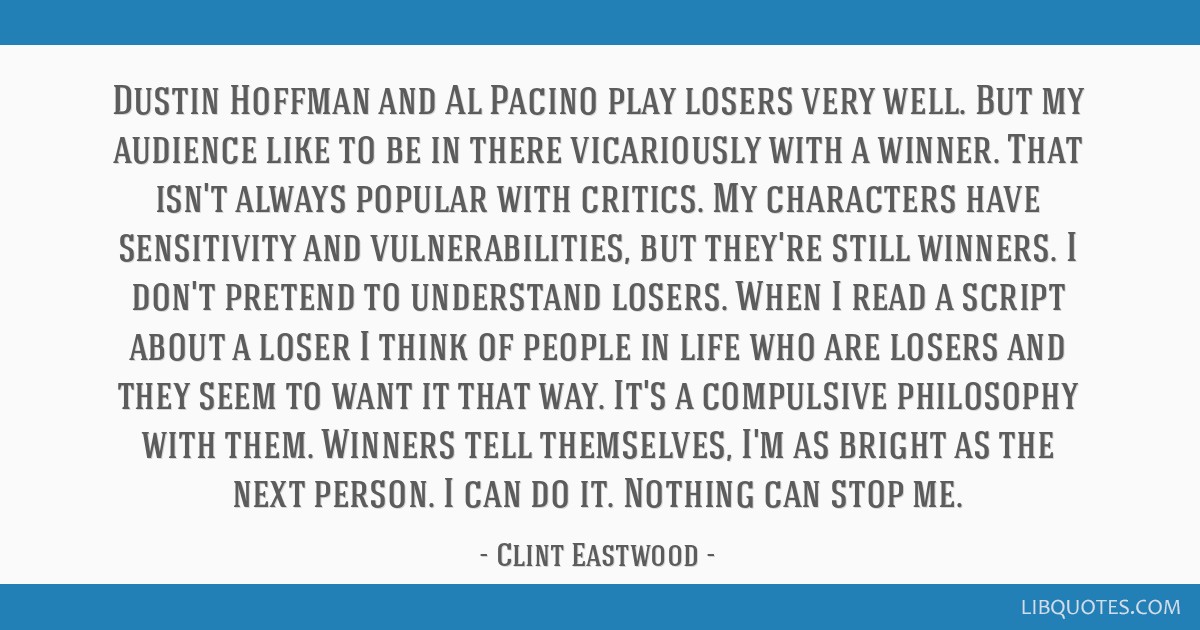 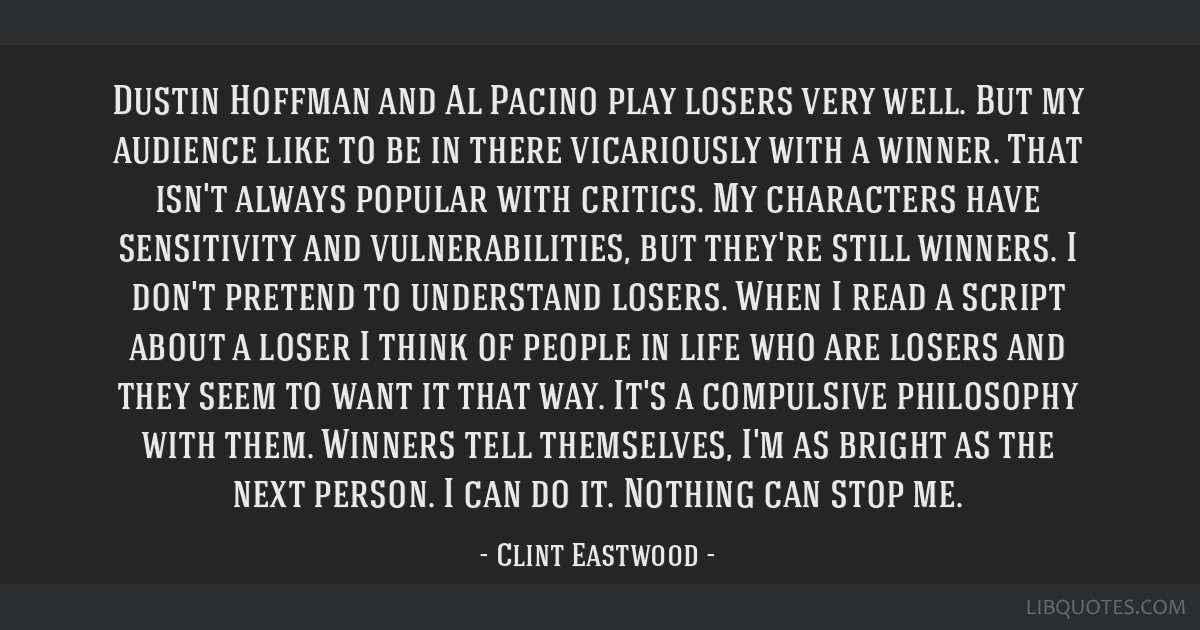 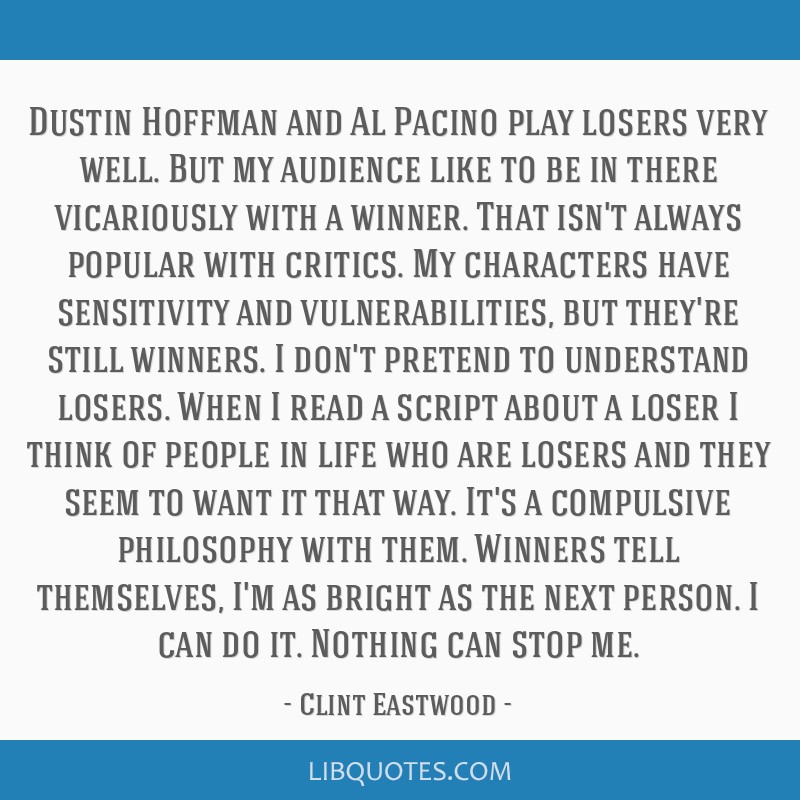 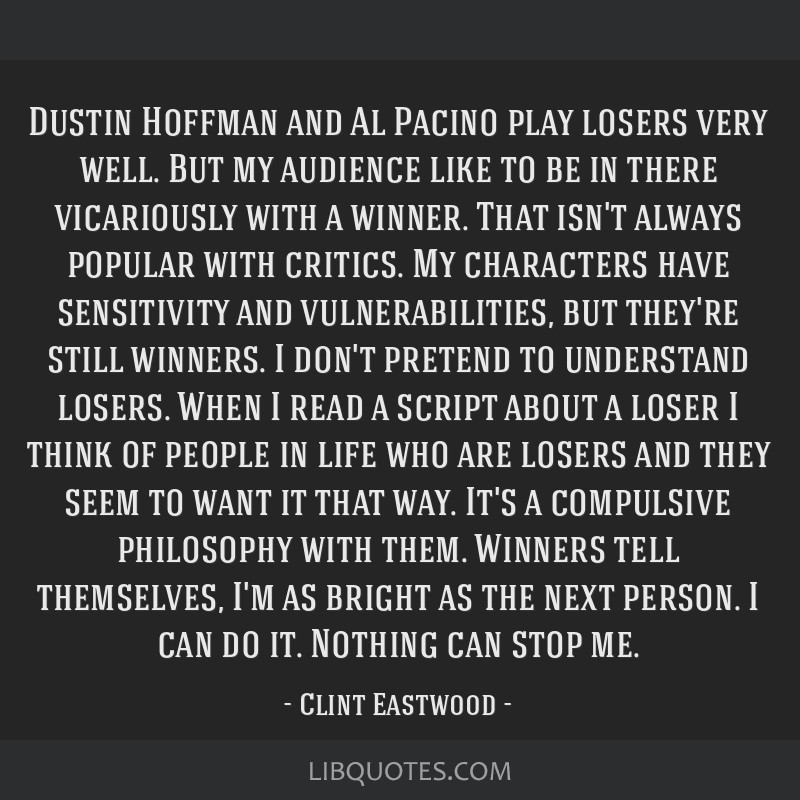 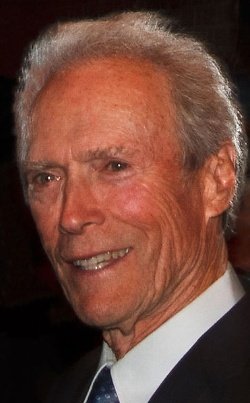