Valiantly he fought on every intellectual battlefield. True he bowed and dodged and lied over and over again, that he still might live and work. Many of his admirers cannot forgive this in the great Voltaire. Rather they would have had him, like Bruno and Servetus, remain steadfast to his faith while his living body was consumed with flames. But, Voltaire was Voltaire, Bruno was Bruno, and Servetus was Servetus. It is not for the world to judge, but to crown them all alike. Each and all lived out their own being, did their work in their own way, and carried a reluctant, stupid humanity to greater possibilities and grander heights. 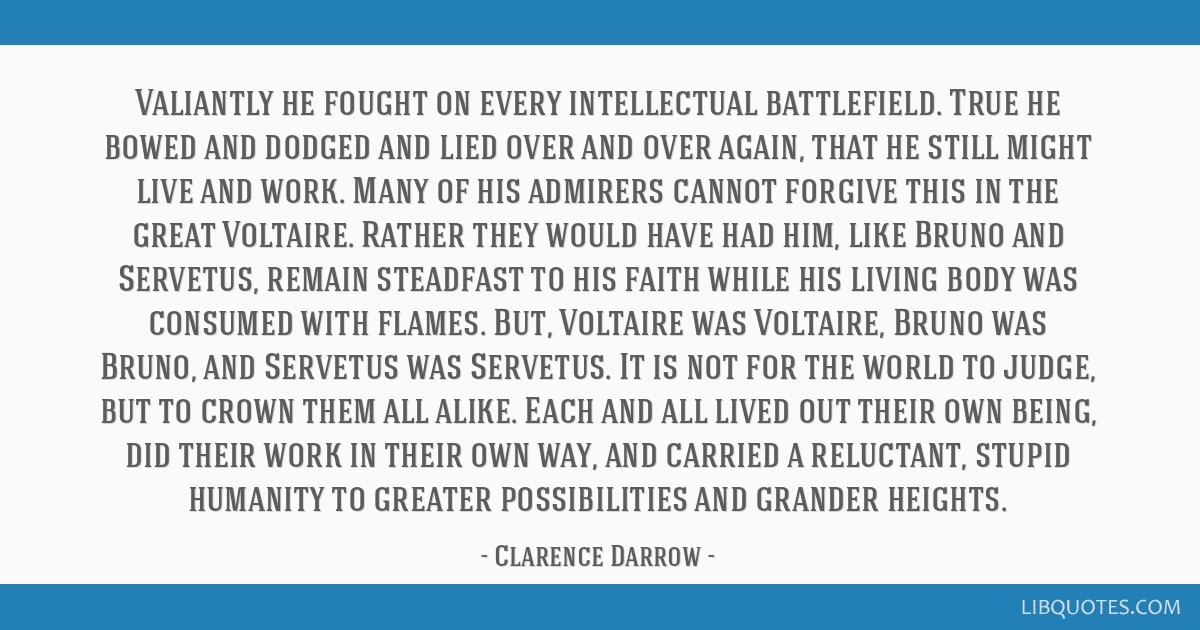 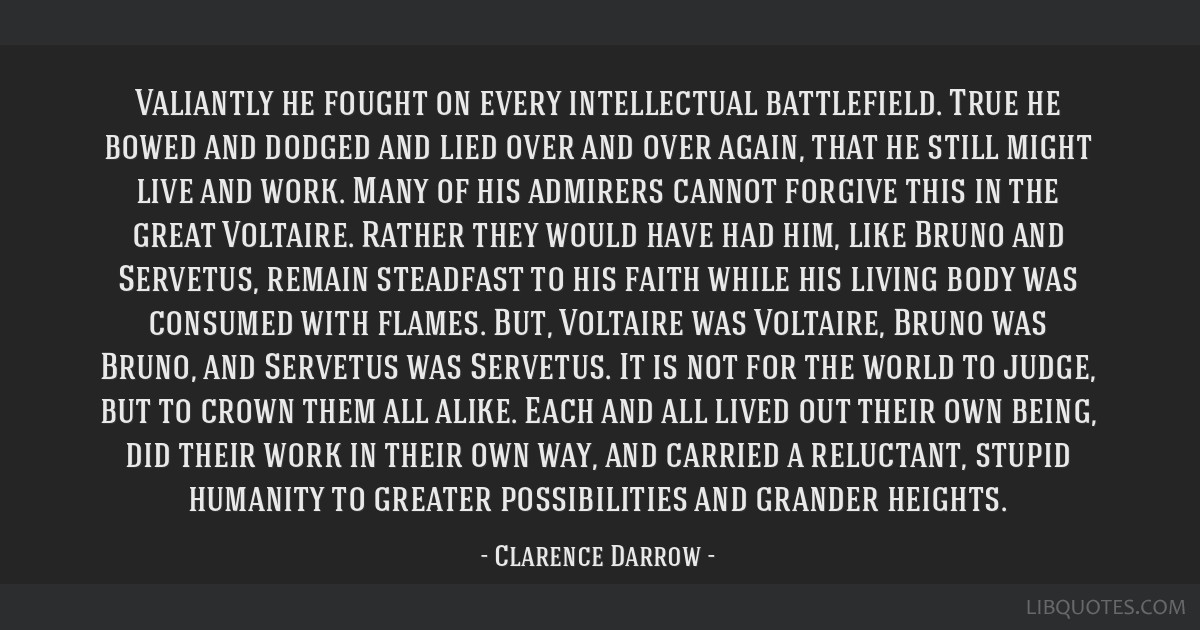 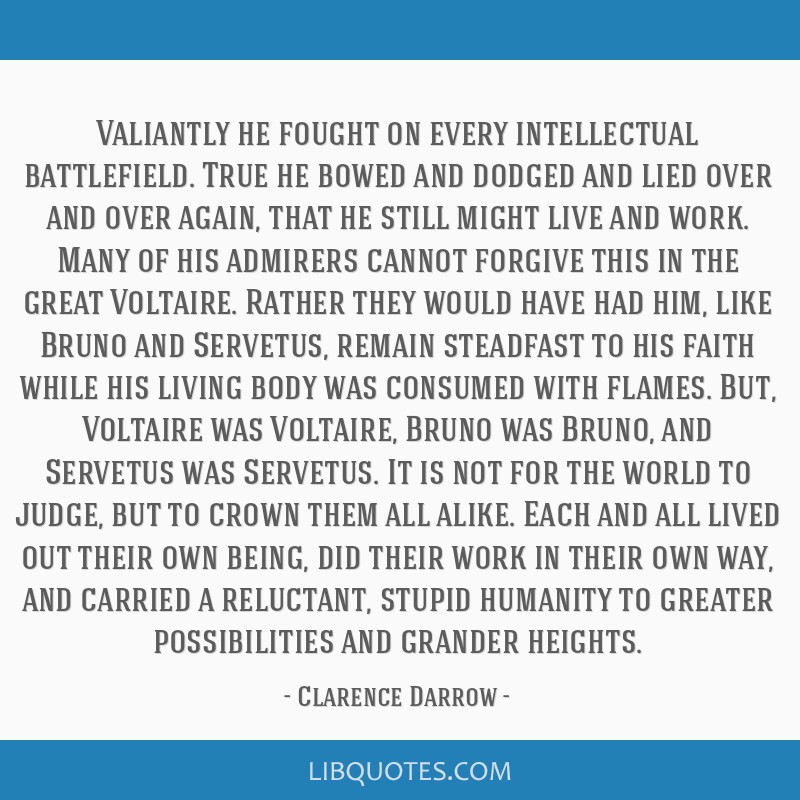 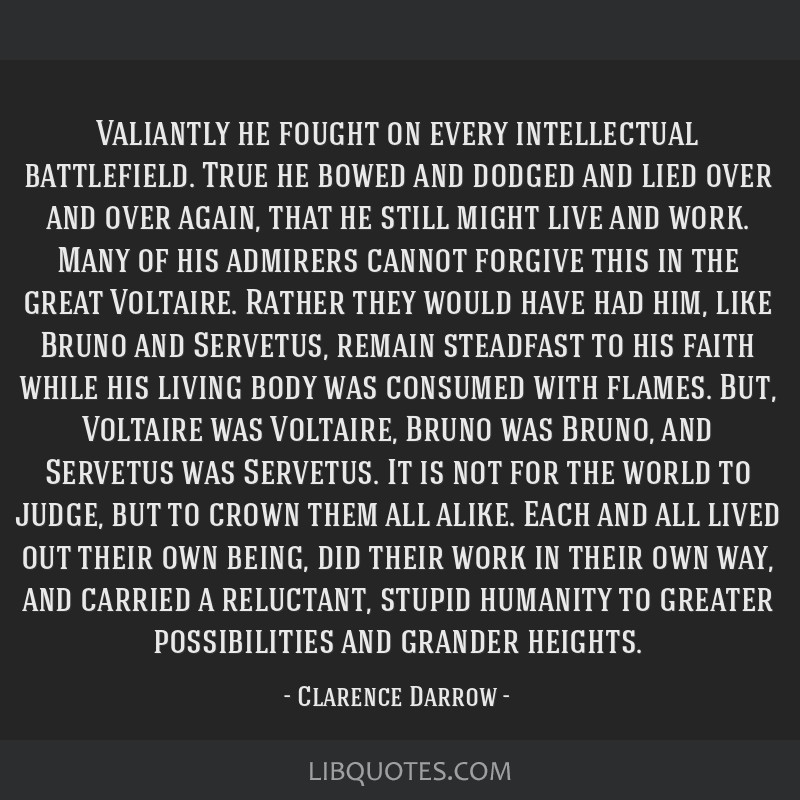 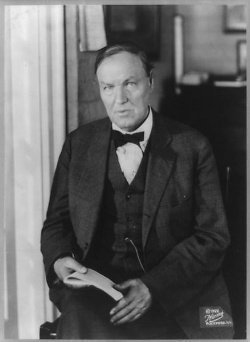