If a man should ascend alone into heaven and behold clearly the structure of the universe and the beauty of the stars, there would be no pleasure for him in the awe-inspiring sight, which would have filled him with delight if he had had someone to whom he could describe what he had seen. 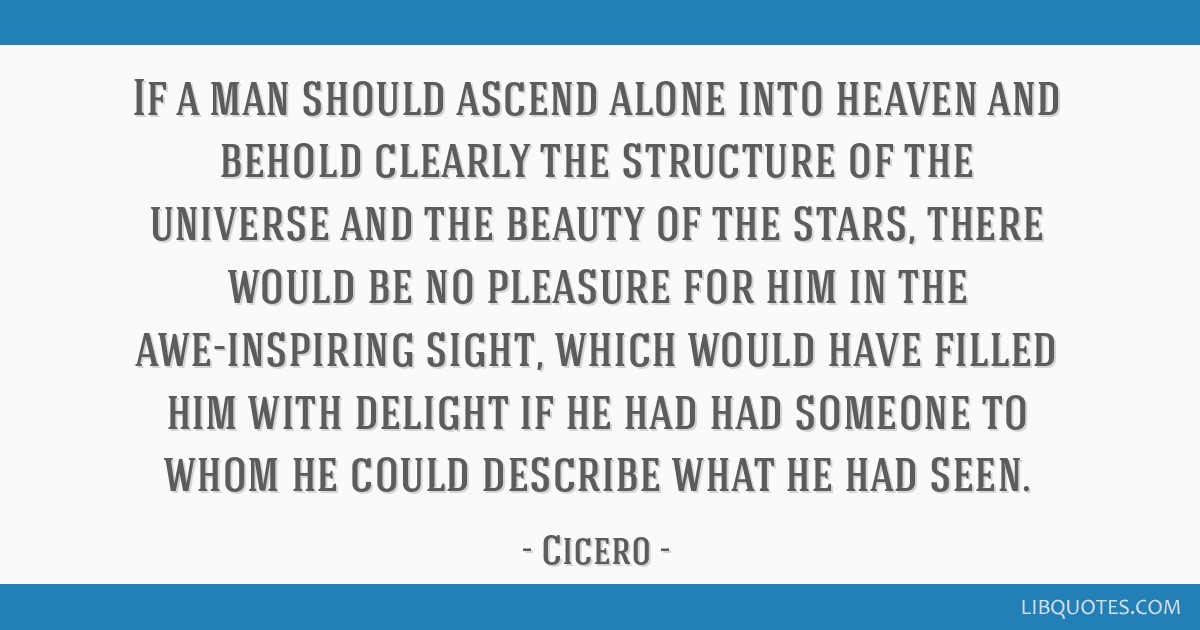 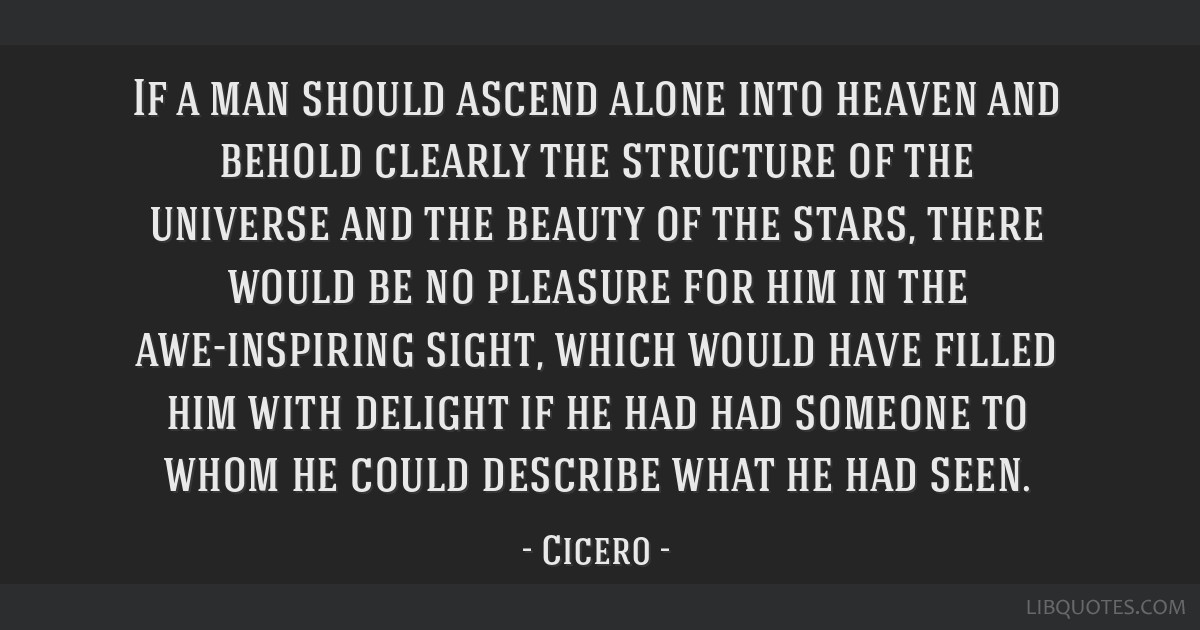 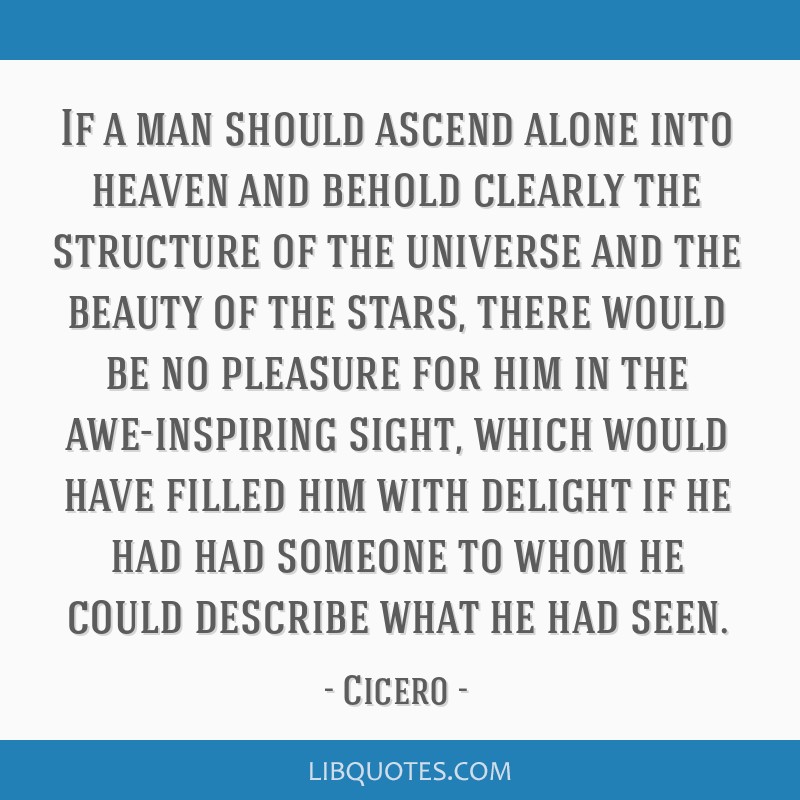 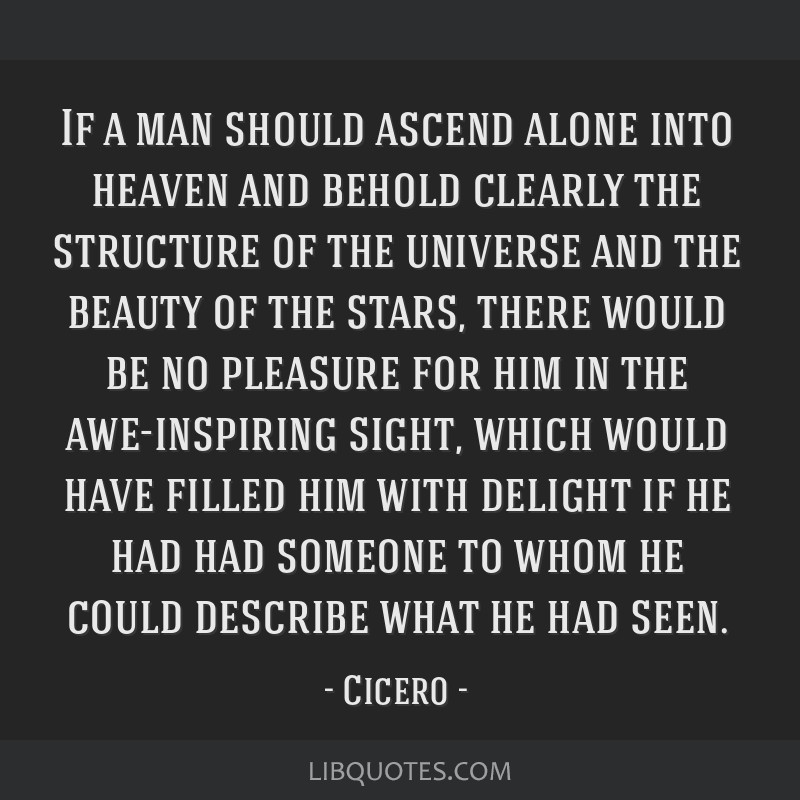 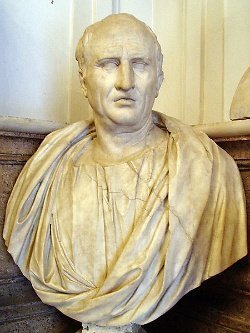