The Times Square Incident wasn't a terrorist attack, it was a Jim Carrey movie. The terrorist locked the keys to the safe house he was going to escape to in the carbomb. And I love that he locked the carbomb. "Nobody's getting my Ipod." Then he left the keys to carbomb hanging out of the tailgate of the carbomb, and built the carbomb out of fertilizer that wouldn't explode. I have been doing comedy for 25 years and I have NEVER been that funny. 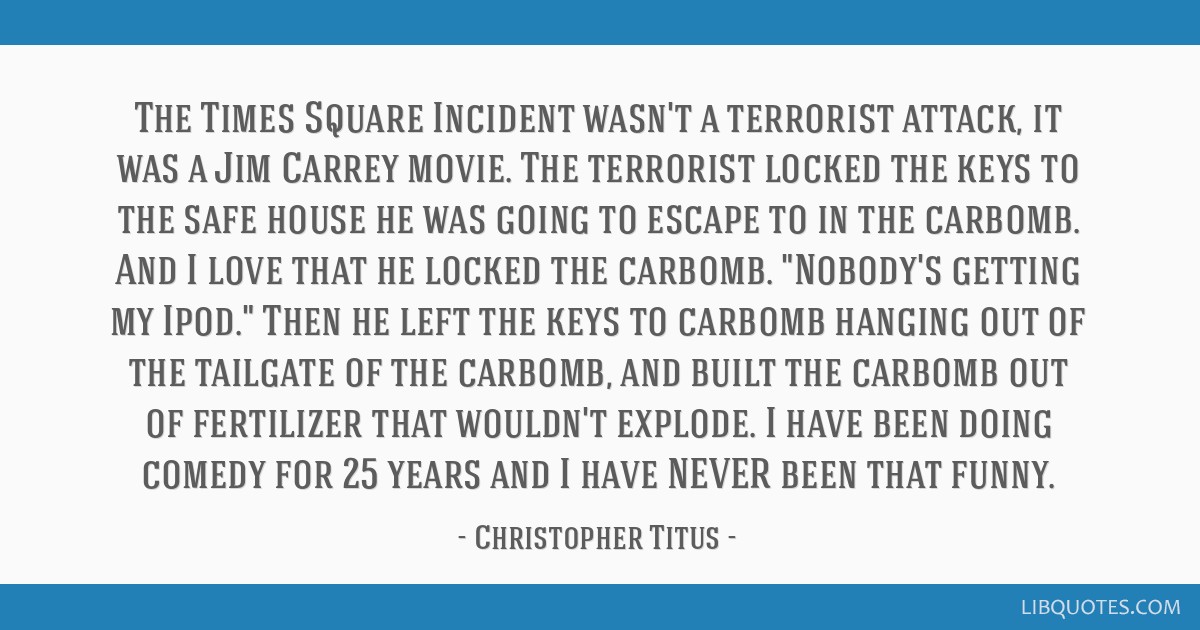 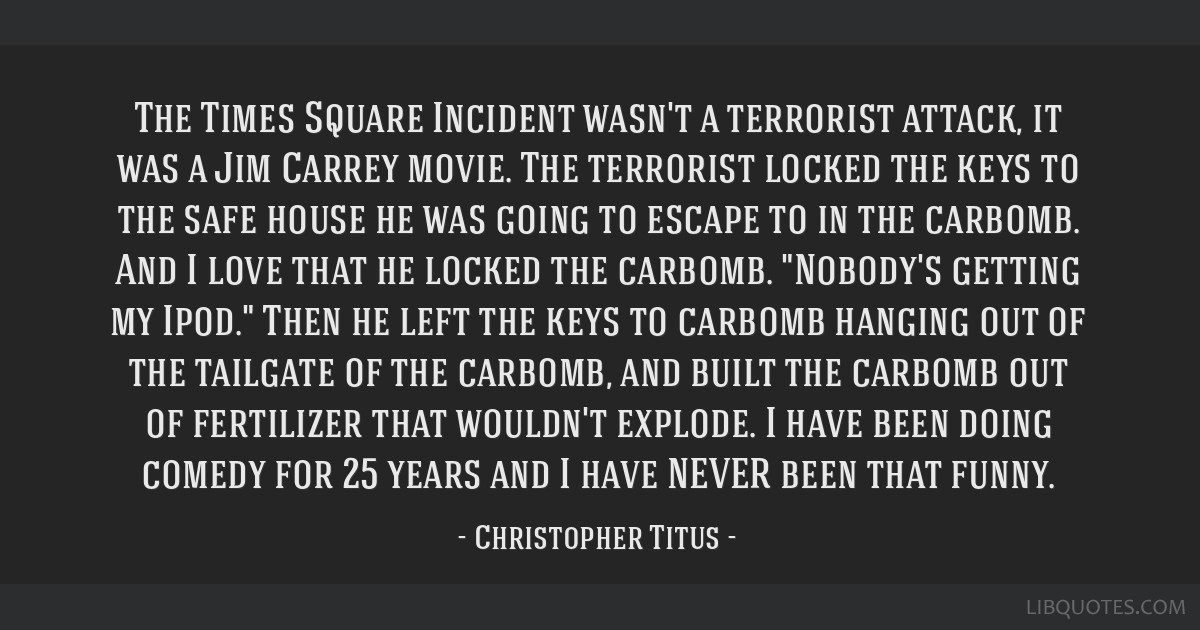 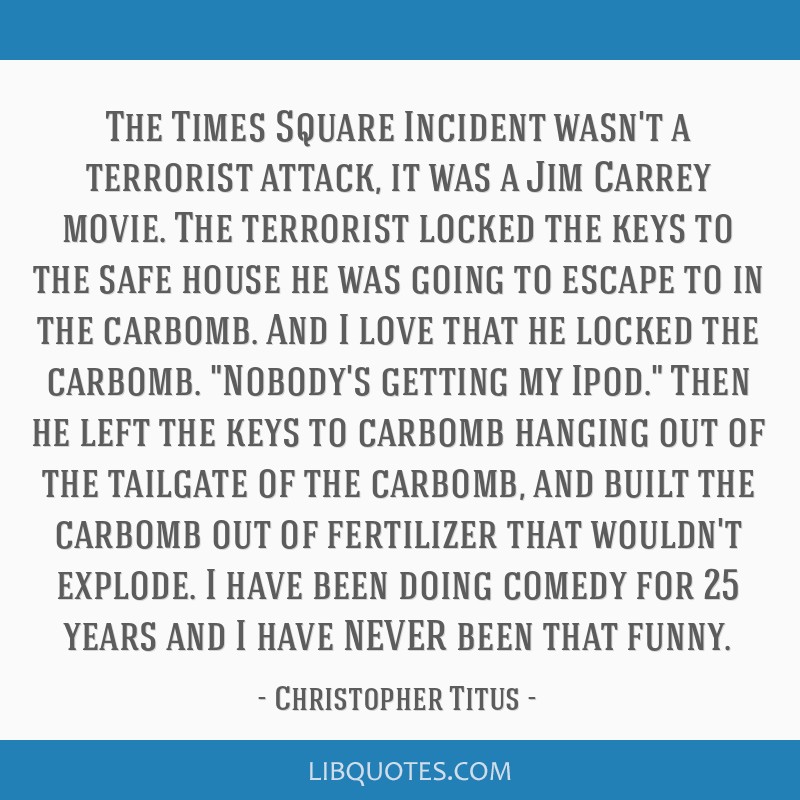 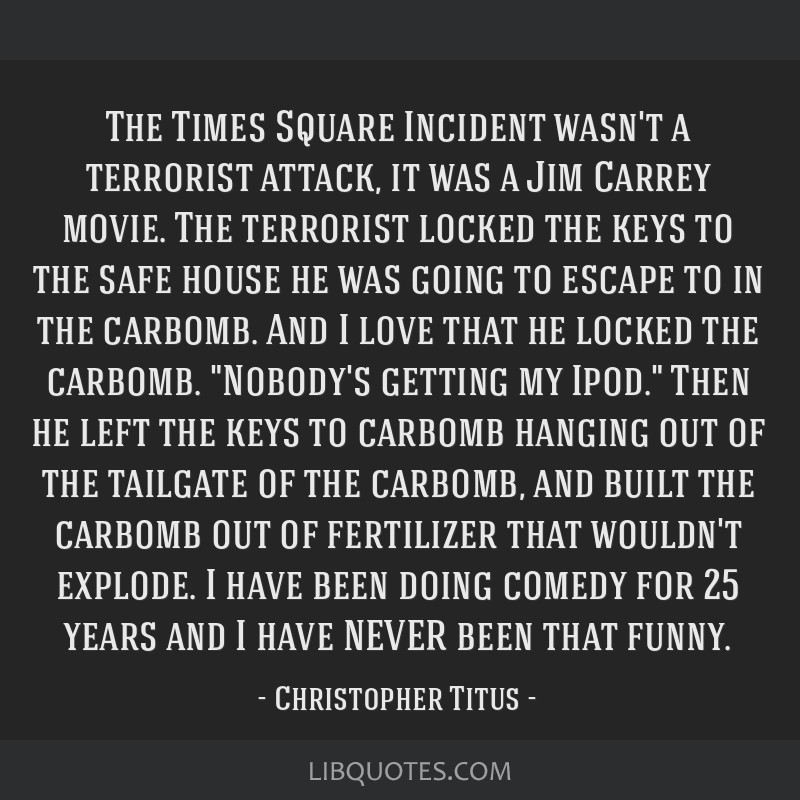 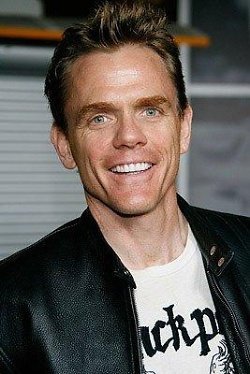