At two hours after midnight appeared the land, at a distance of 2 leagues. They handed all sails and set the treo, which is the mainsail without bonnets, and lay-to waiting for daylight Friday, when they arrived at an island of the Bahamas that was called in the Indians' tongue Guanahani [San Salvador]. 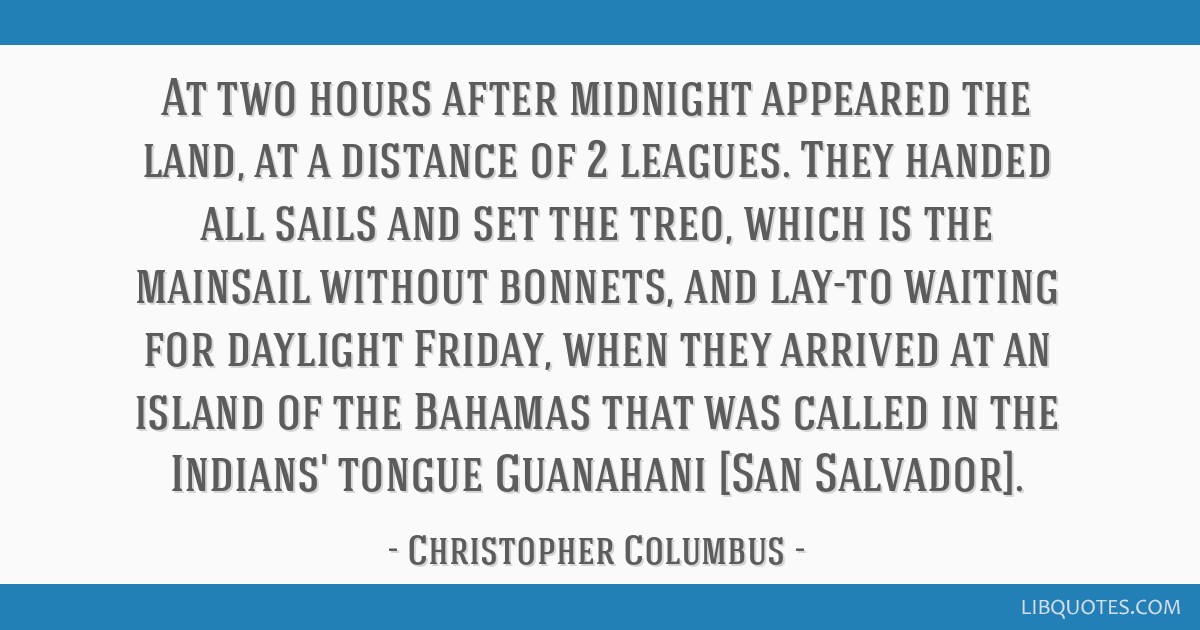 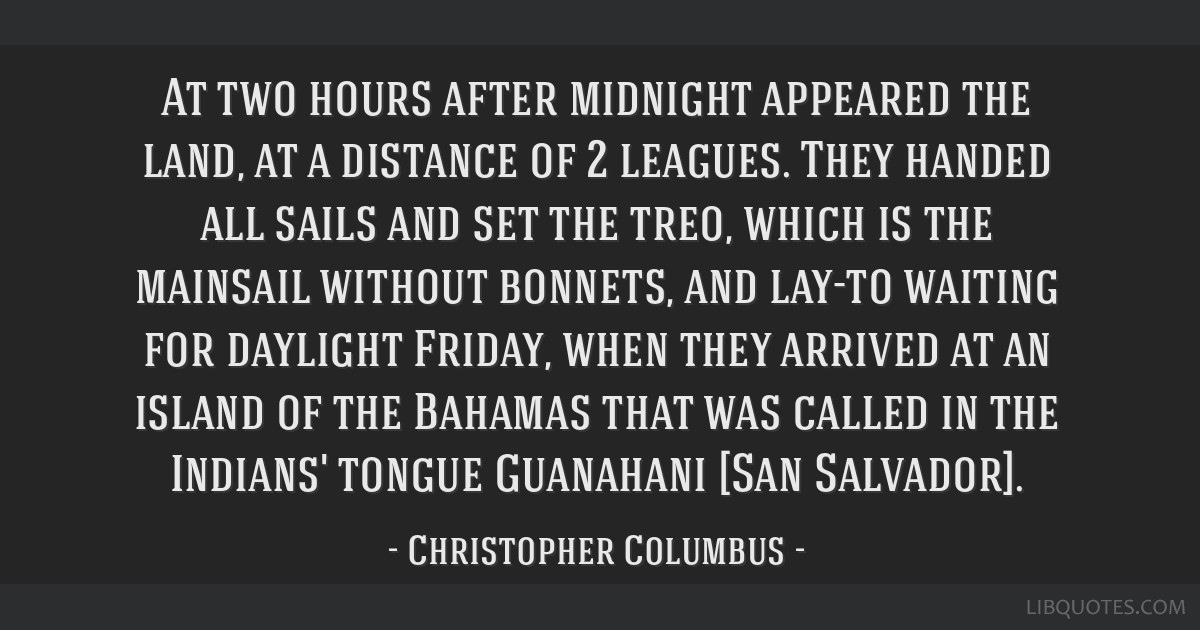 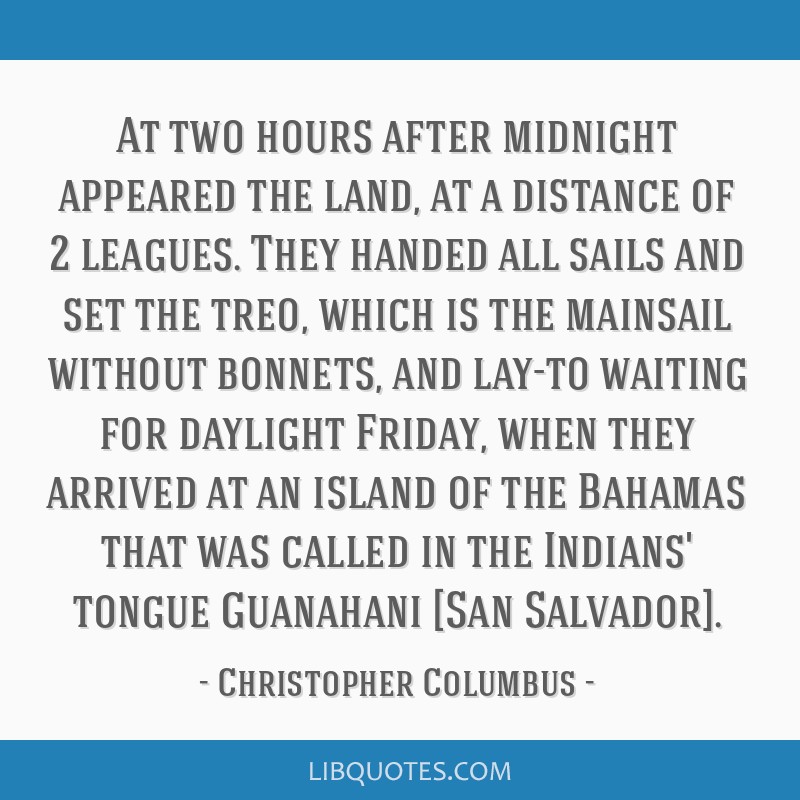 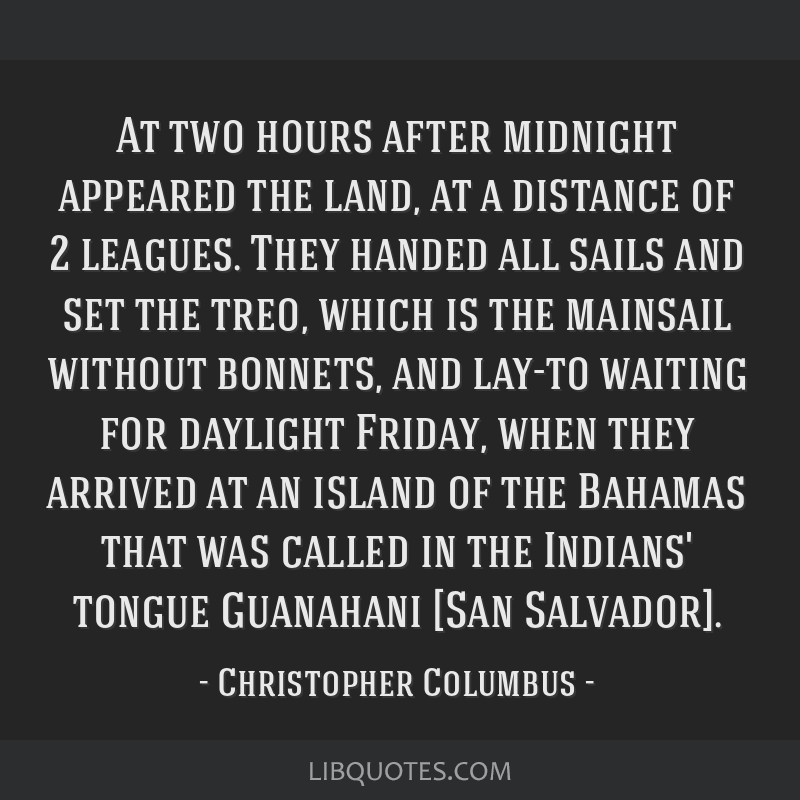 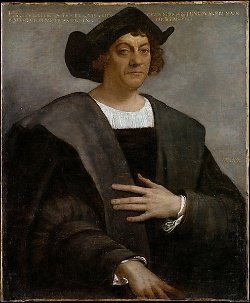