In keeping with Channel 40's policy of bringing you the latest in blood and guts and in living color, you are going to see another first — attempted suicide.

On July 15, 1974 at 9:38 AM, 8 minutes into her talk show, Suncoast Digest, on WXLT-TV. Moments later, Chubbuck produced a pistol from beneath her newsdesk and fatally shot herself in the head. 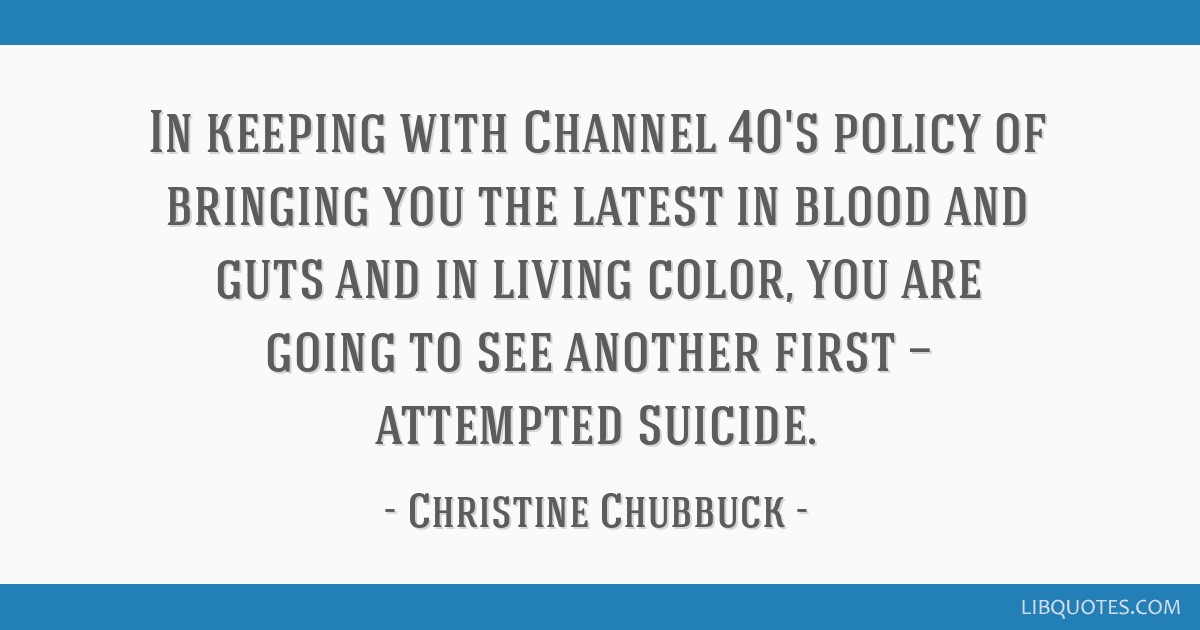 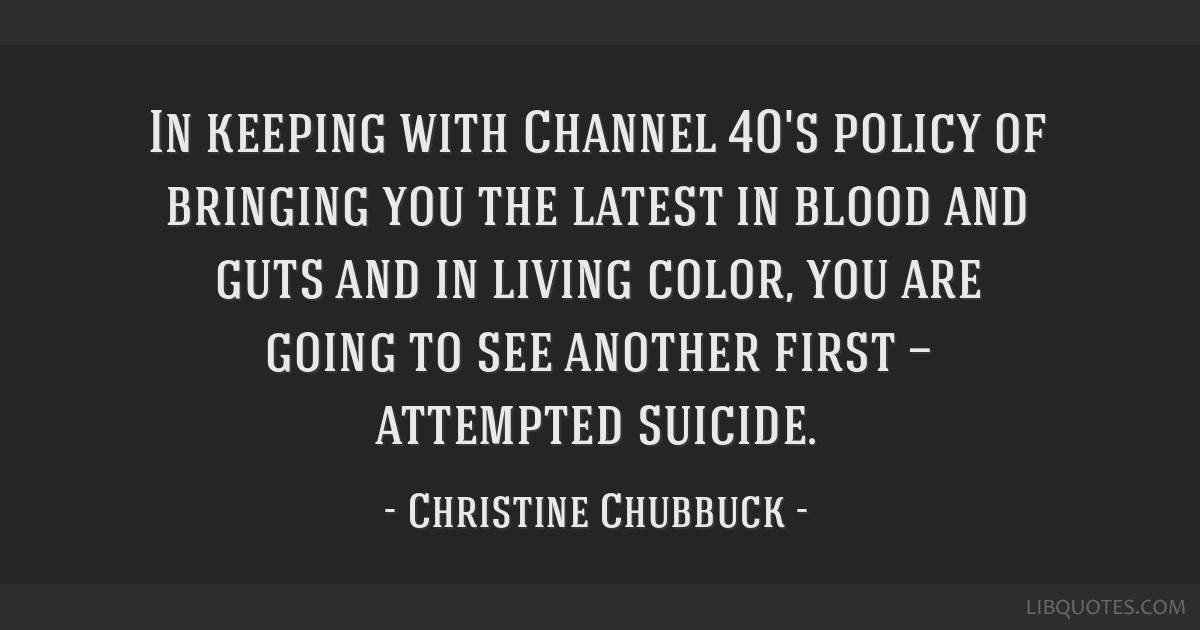 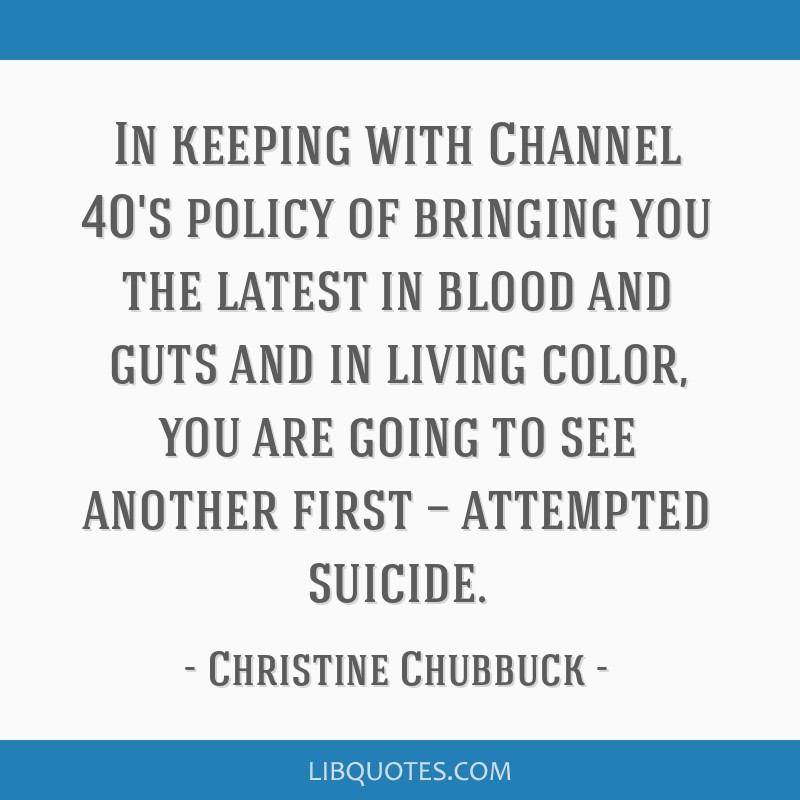 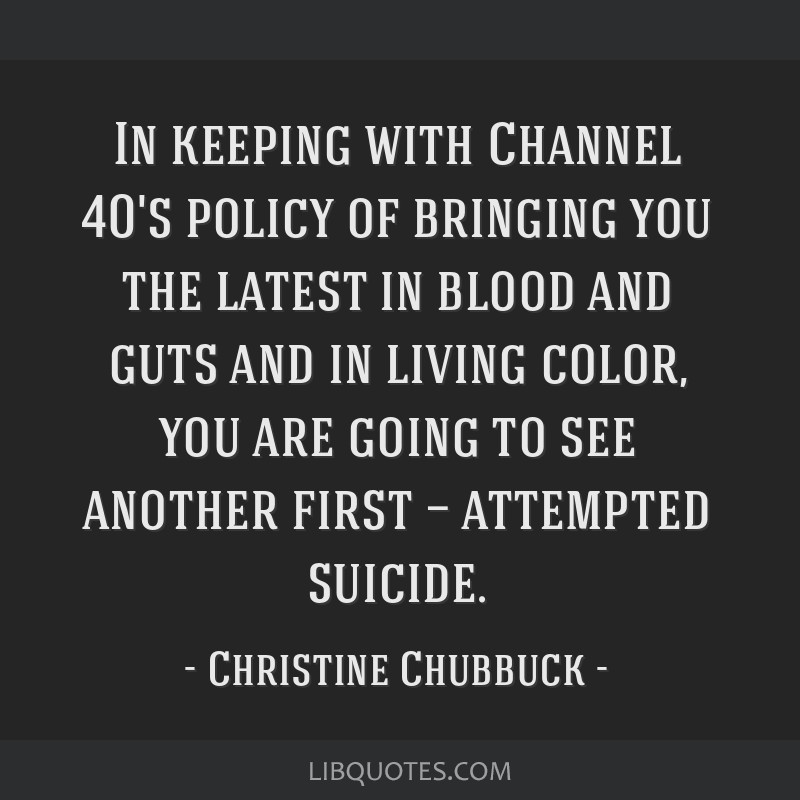 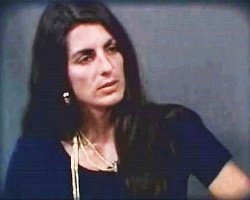