People are led to reason thus: a woman who is a wife is one who has made a permanent sex bargain for her maintenance; the woman who is not married must therefore make a temporary bargain of the same kind.

Christabel Pankhurst
We are here to claim our right as women, not only to be free, but to fight for freedom. That it is our right as well as our duty.

Christabel Pankhurst
Never lose your temper with the Press or the public is a major rule of political life.

Christabel Pankhurst
Women have suffered too much from the Conspiracy of Silence to allow that conspiracy to last one minute longer. It has been an established and admitted rule in the medical profession to keep a wife in ignorance of the fact that she has become the victim of venereal disease. 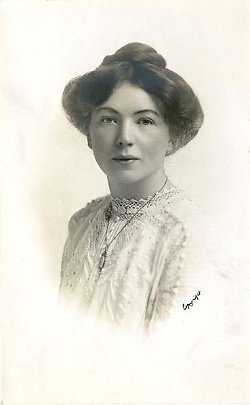 Creative Commons
Born: September 22, 1880
Died: February 13, 1958 (aged 77)
Bio: Dame Christabel Harriette Pankhurst was a suffragette born in Manchester, England. A co-founder of the Women's Social and Political Union, she directed its militant actions from exile in France from 1912 to 1913.
Known for: