The Cuban Revolution takes up Marx at the point where he himself left science to shoulder his revolutionary rifle. And it takes him up at that point, not in a revisionist spirit, of struggling against that which follows Marx, of reviving "pure" Marx, but simply because up to that point Marx, the scientist, placed himself outside of the history he studied and predicted. From then on Marx, the revolutionary, could fight within history. 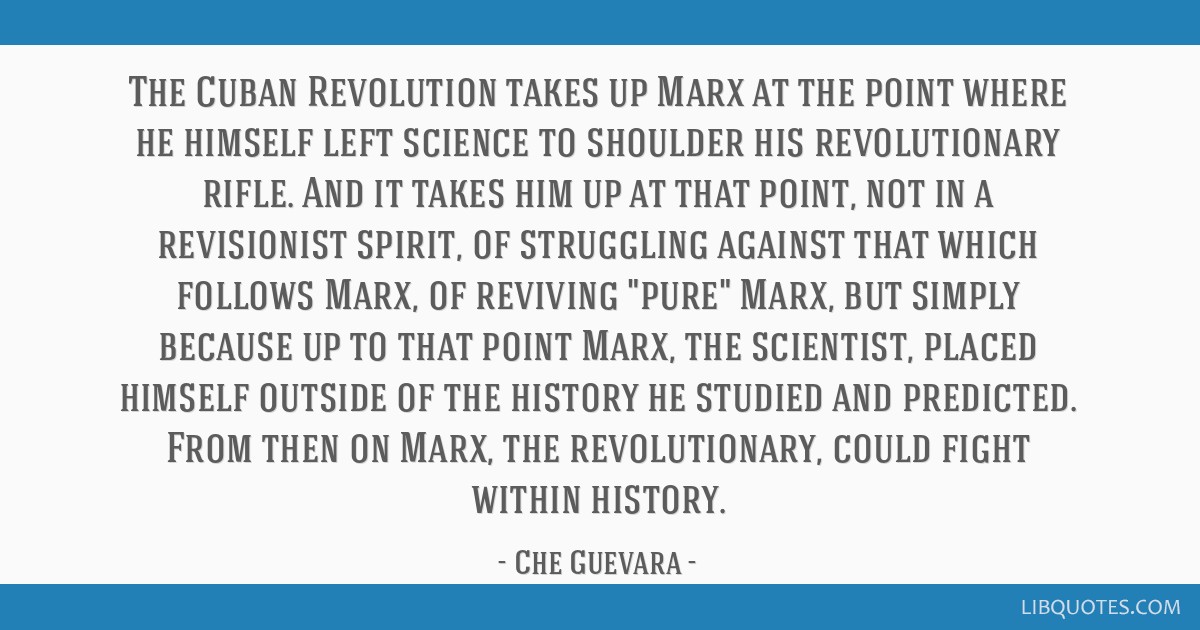 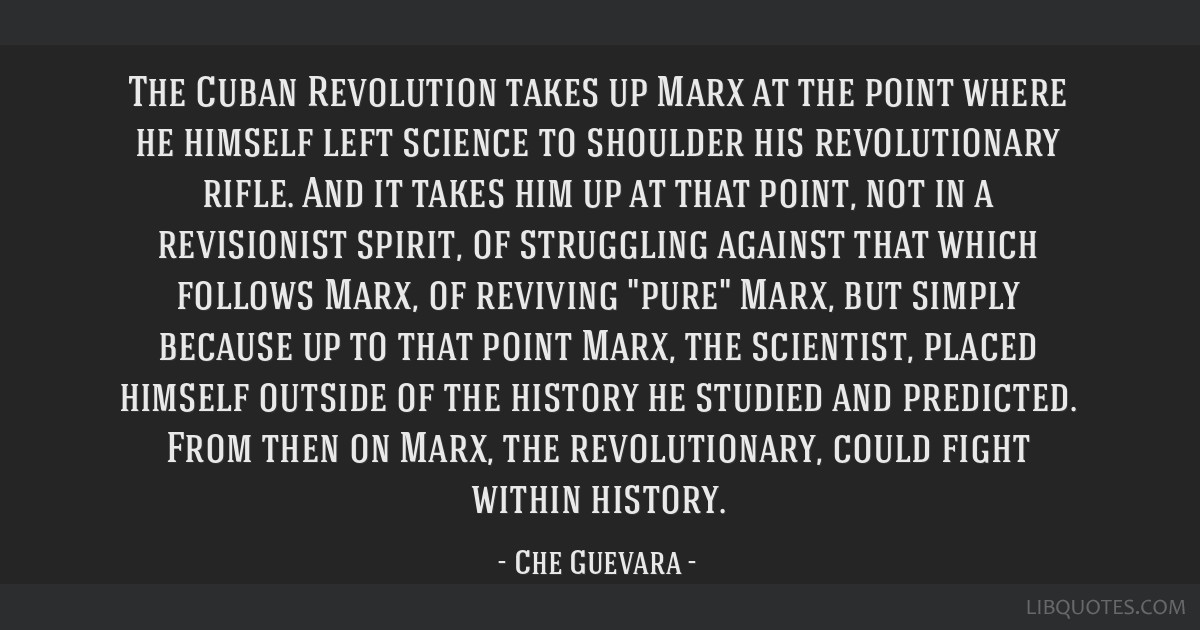 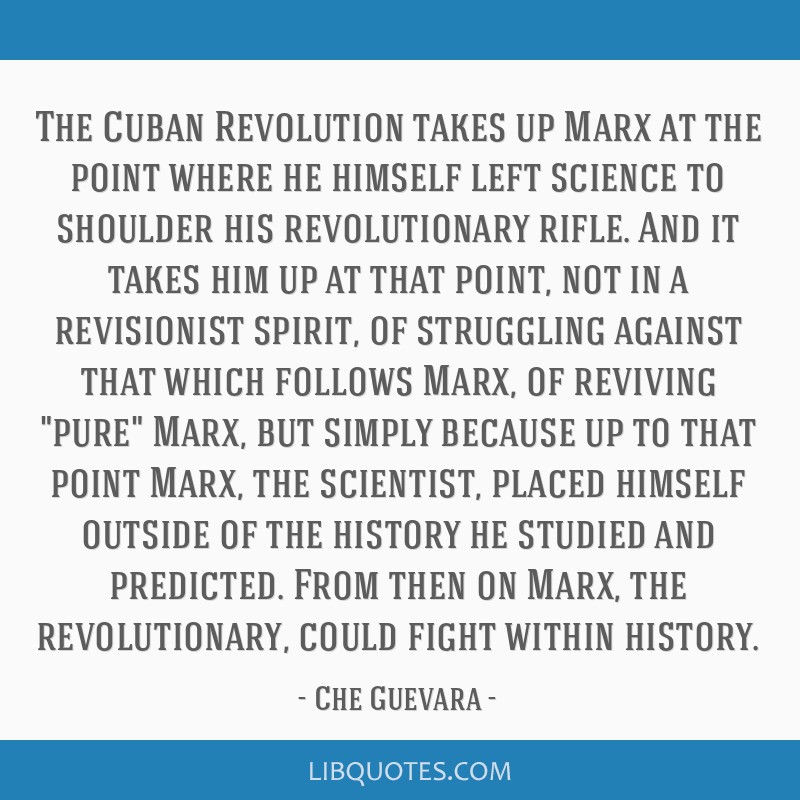 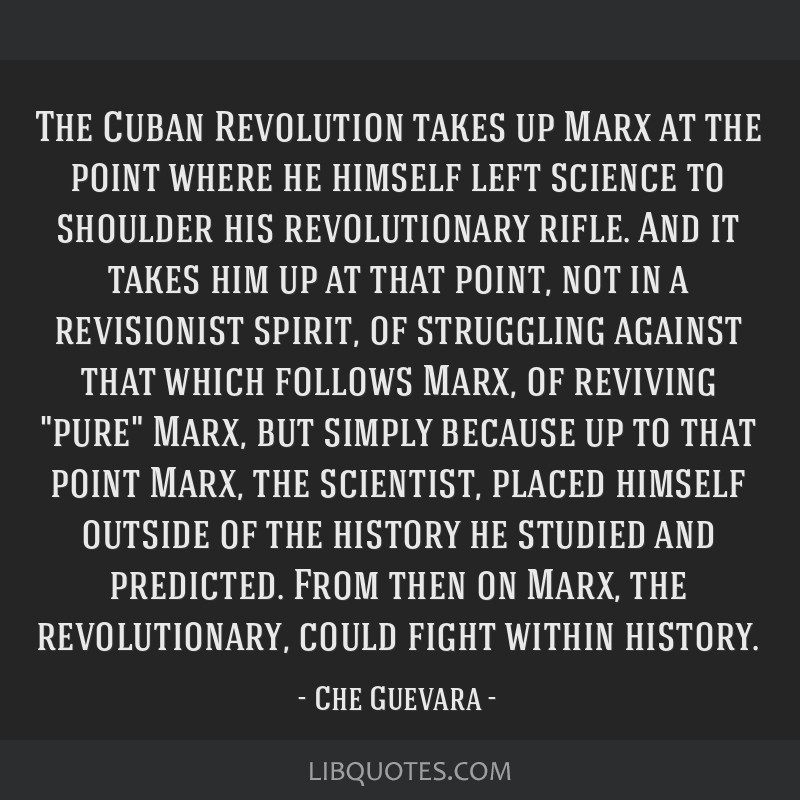