The situation was uncomfortable for the people and for [Eutimio], so I ended the problem giving him a shot with a.32 pistol in the right side of the brain, with exit orifice in the right temporal [lobe]. He gasped for a little while and was dead. Upon proceeding to remove his belongings I couldn't get off the watch tied by a chain to his belt, and then he told me in a steady voice farther away than fear: "Yank it off, boy, what does it matter." I did so and his possessions were now mine.

Diary entry from Sierra Maestra on the execution of Eutimio Guerra as an anti-revolutionary spy (January 1957), quoted in Che Guevara : A Revolutionary Life (1997) by Jon Lee Anderson - Various 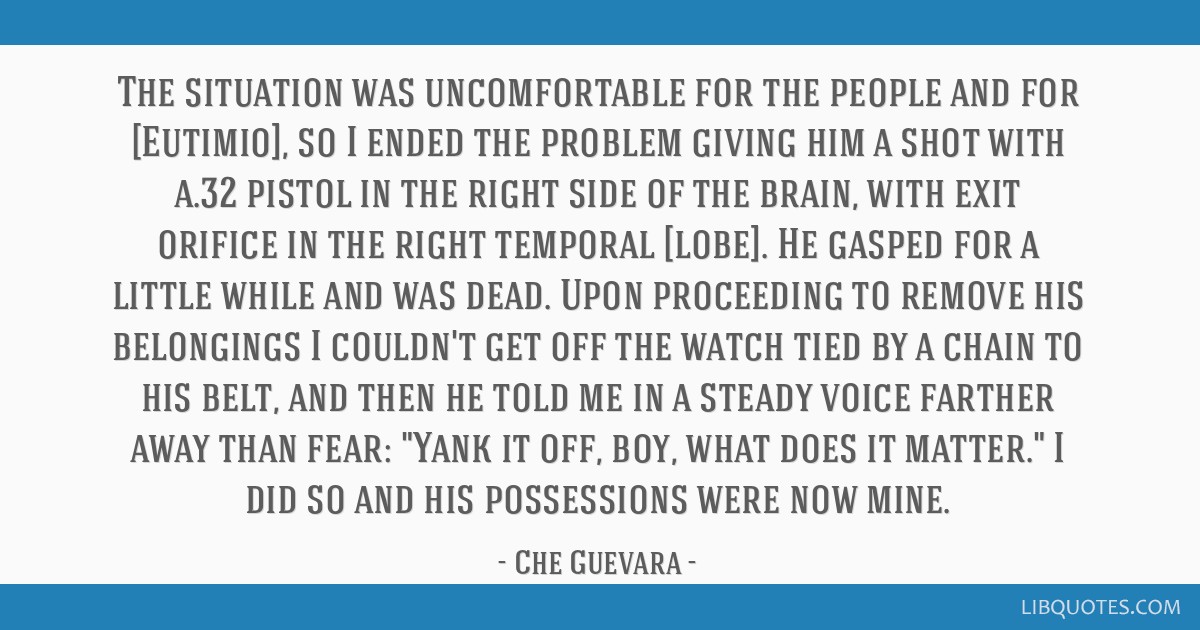 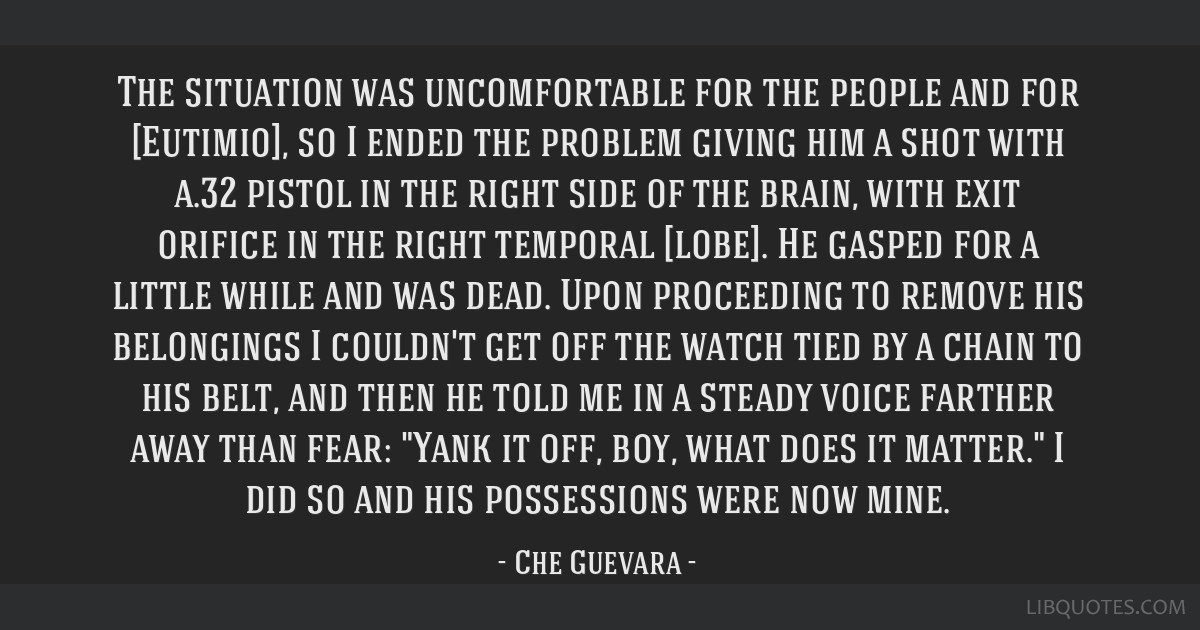 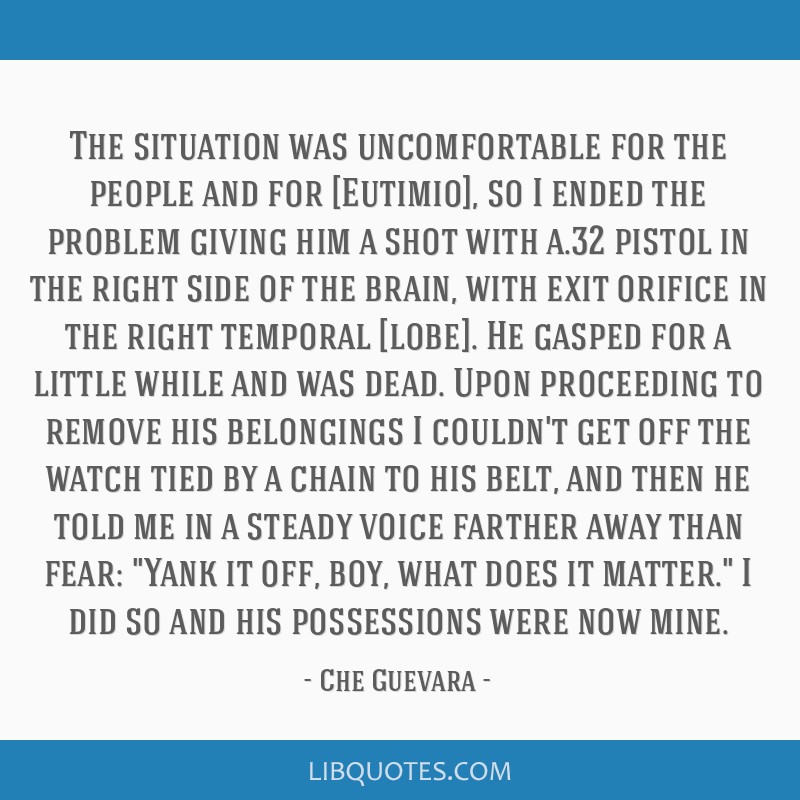 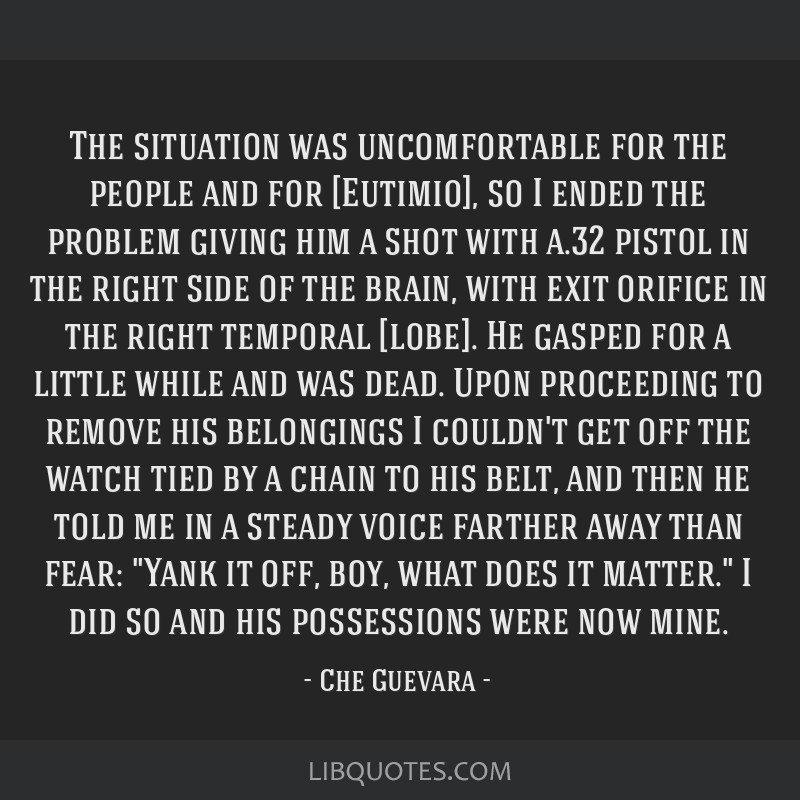