The enemy soldier in the Cuban example, which we are now considering, is the junior partner of the dictator; he is the man who gets the last crumbs left to him in a long line of profiteers that begins in Wall Street and ends with him. He is disposed to defend his privileges, but he is disposed to defend them only to the degree that they are important to him. His salary and pension are worth some suffering and some dangers, but they are never worth his life; if the price of maintaining them will cost it, he is better off giving them up, that is to say, withdrawing from the face of guerrilla danger. 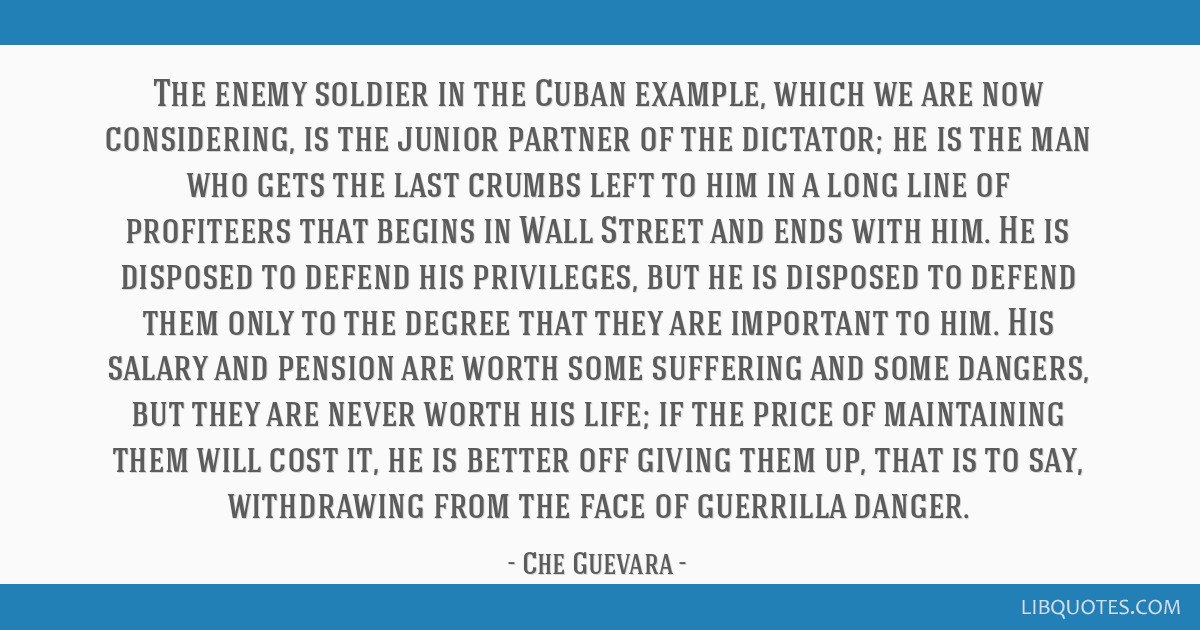 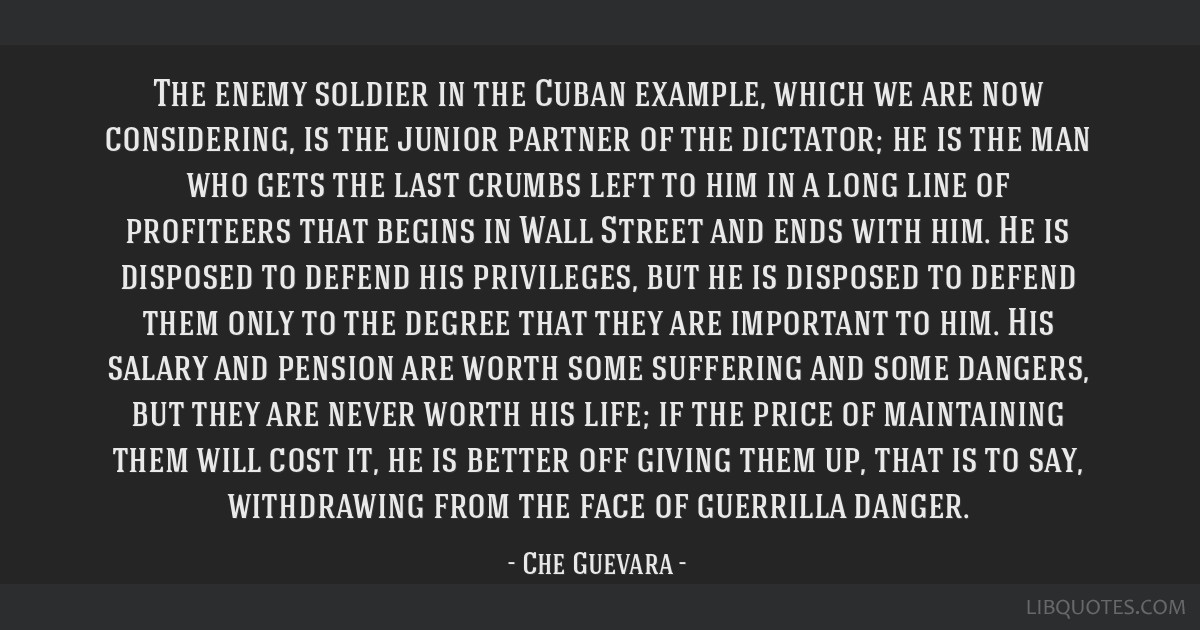 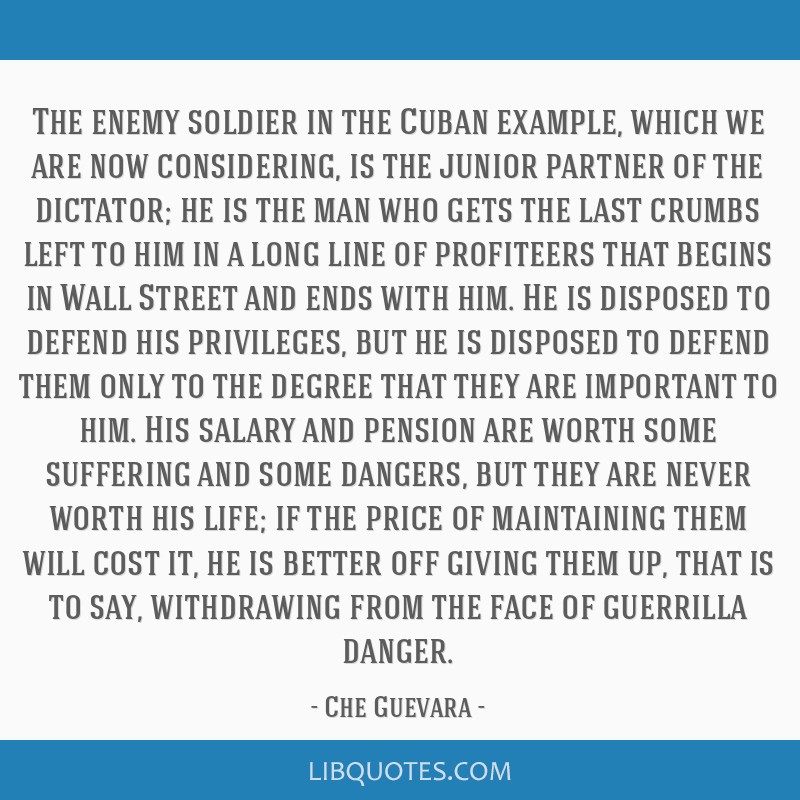 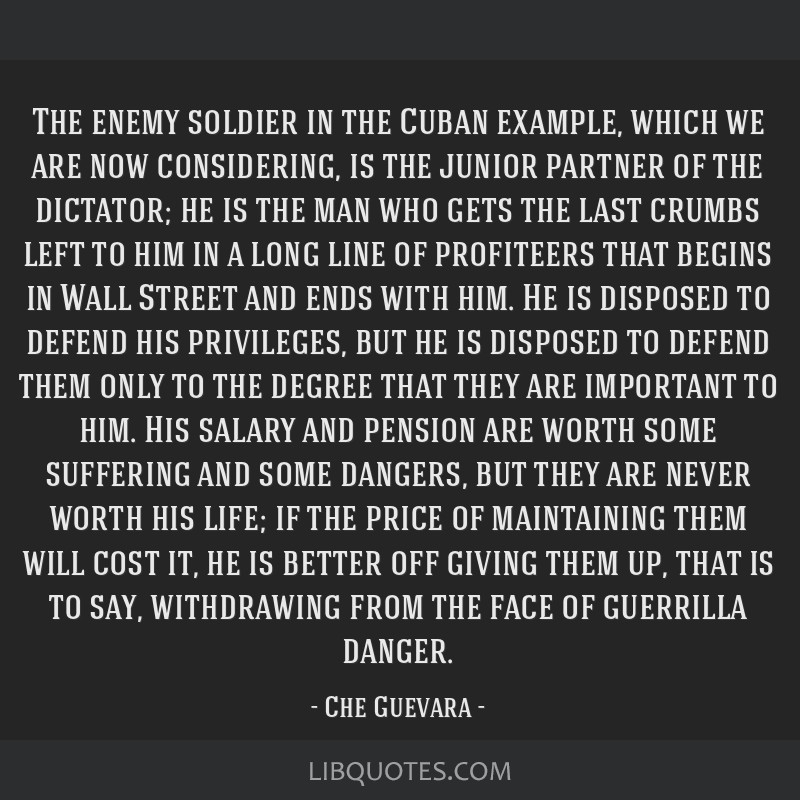