The difficult thing for someone not living the experience of the revolution to understand is this close dialectical unity between the individual and the mass, in which the mass, as an aggregate of individuals, is interconnected with its leaders.
Some phenomena of this kind can be seen under capitalism, when politicians capable of mobilising popular opinion appear, but these phenomena are not really genuine social movements. (If they were, it would not be entirely correct to call them capitalist.) These movements only live as long as the persons who inspire them do, or until the harshness of capitalist society puts an end to the popular illusions which made them possible. 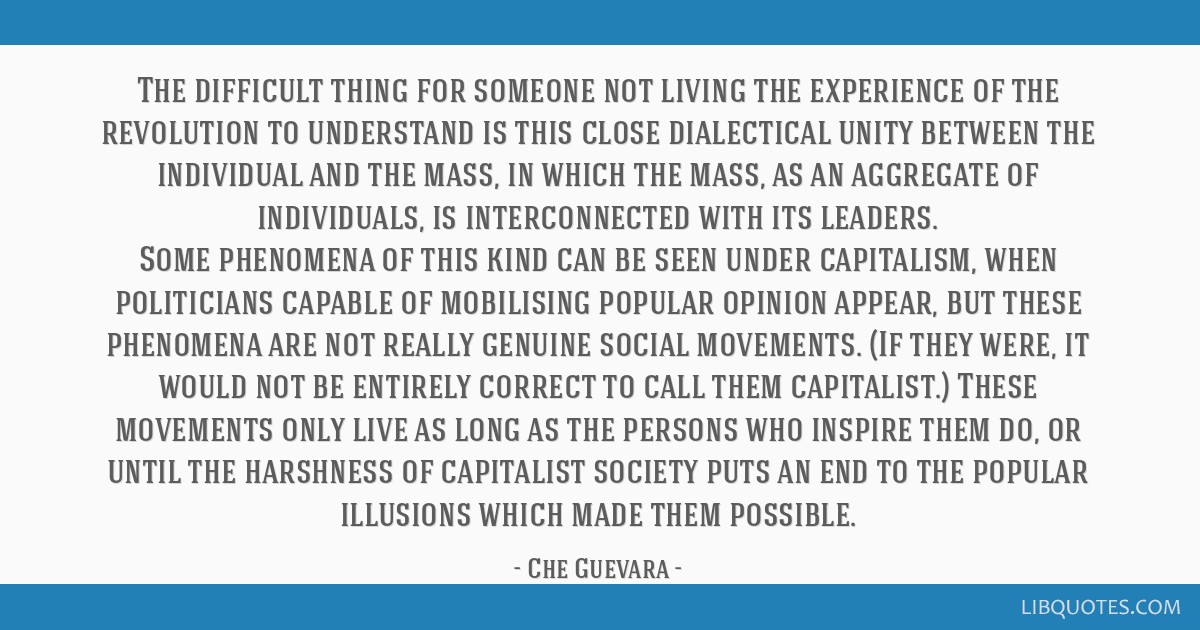 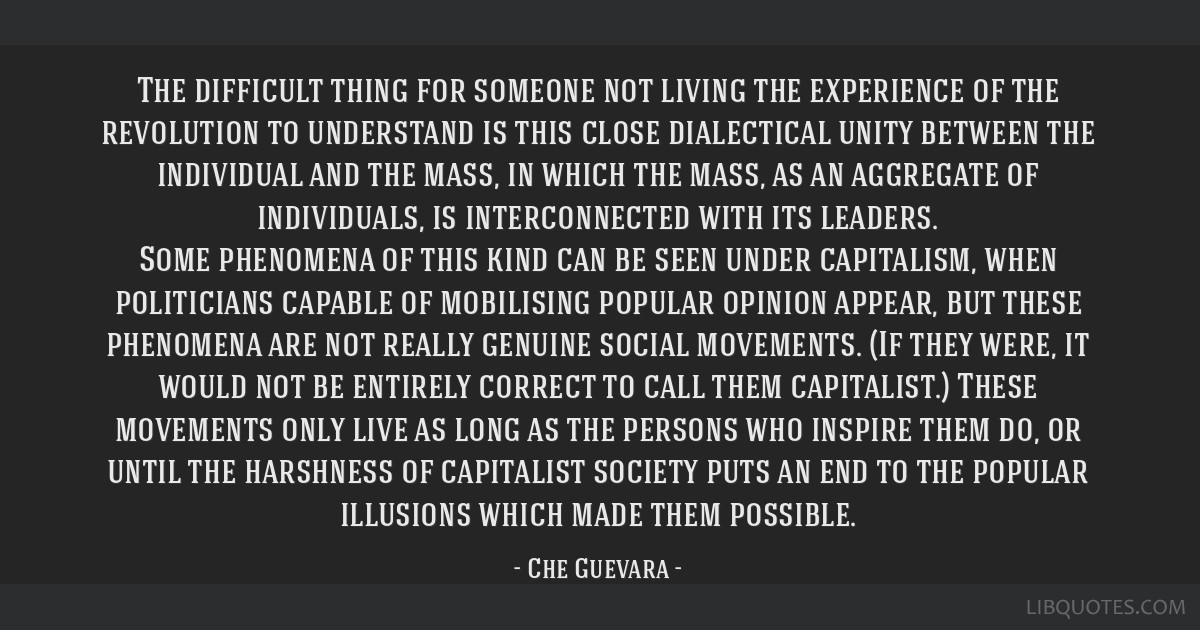 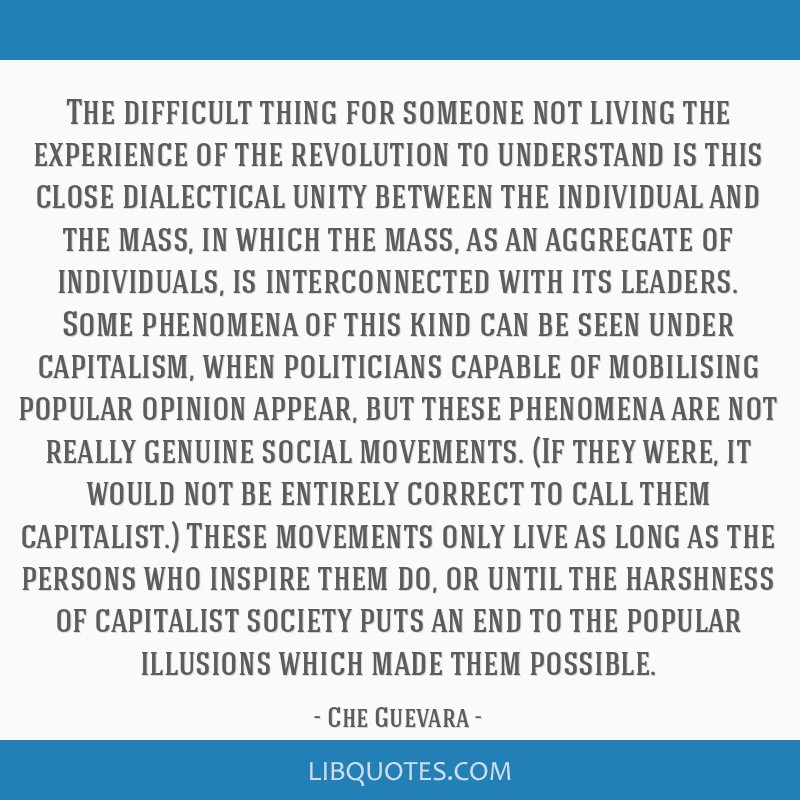 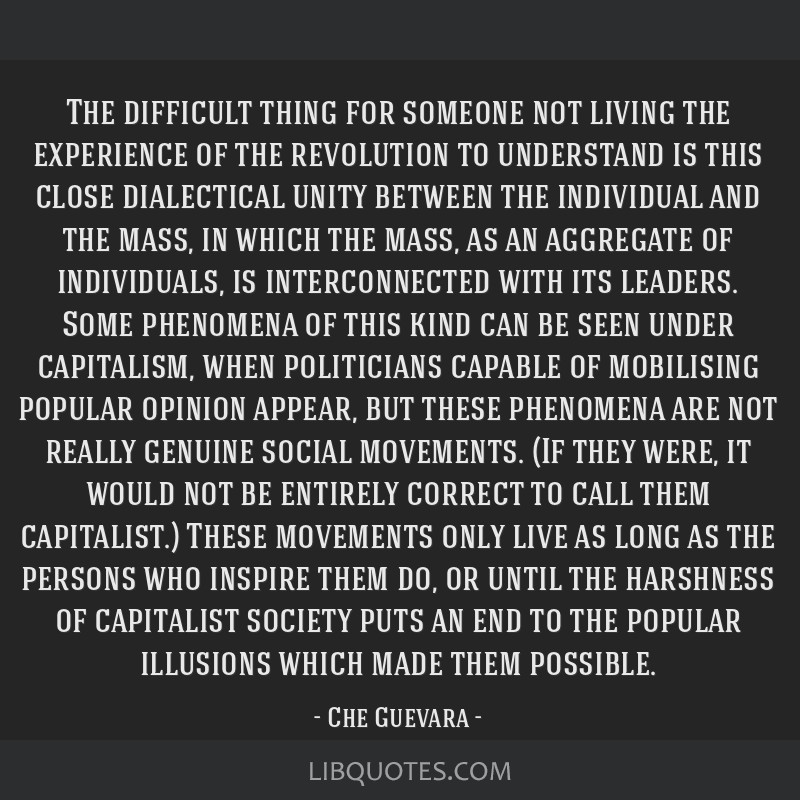