The inflow of capital from the developed countries is the prerequisite for the establishment of economic dependence. This inflow takes various forms: loans granted on onerous terms; investments that place a given country in the power of the investors; almost total technological subordination of the dependent country to the developed country; control of a country's foreign trade by the big international monopolies; and in extreme cases, the use of force as an economic weapon in support of the other forms of exploitation. 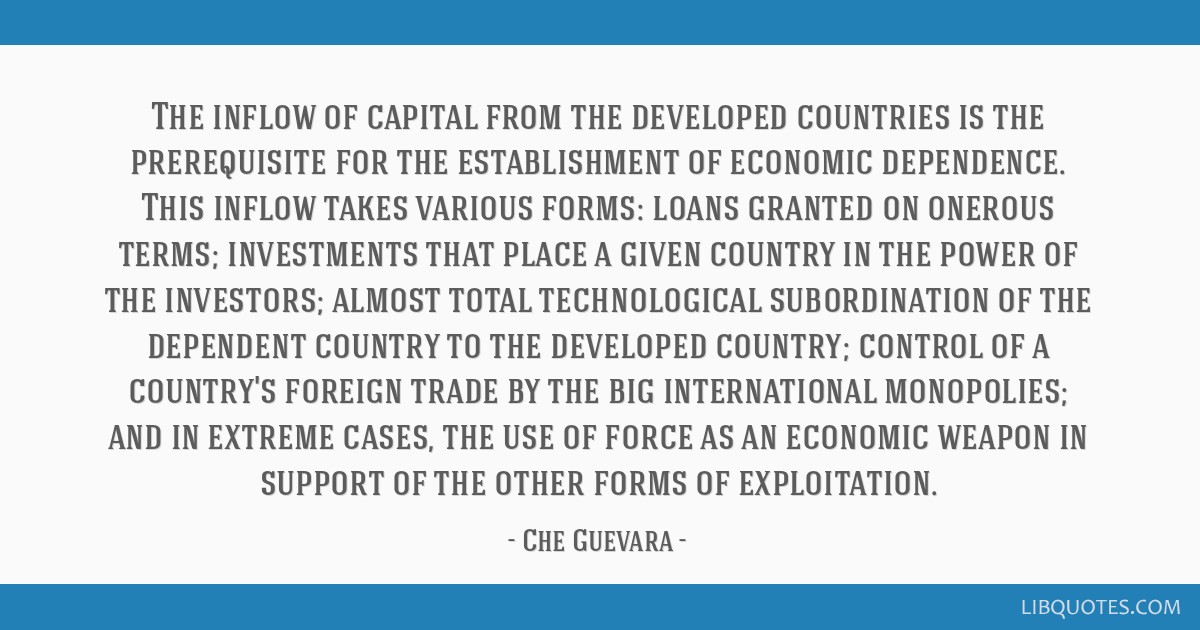 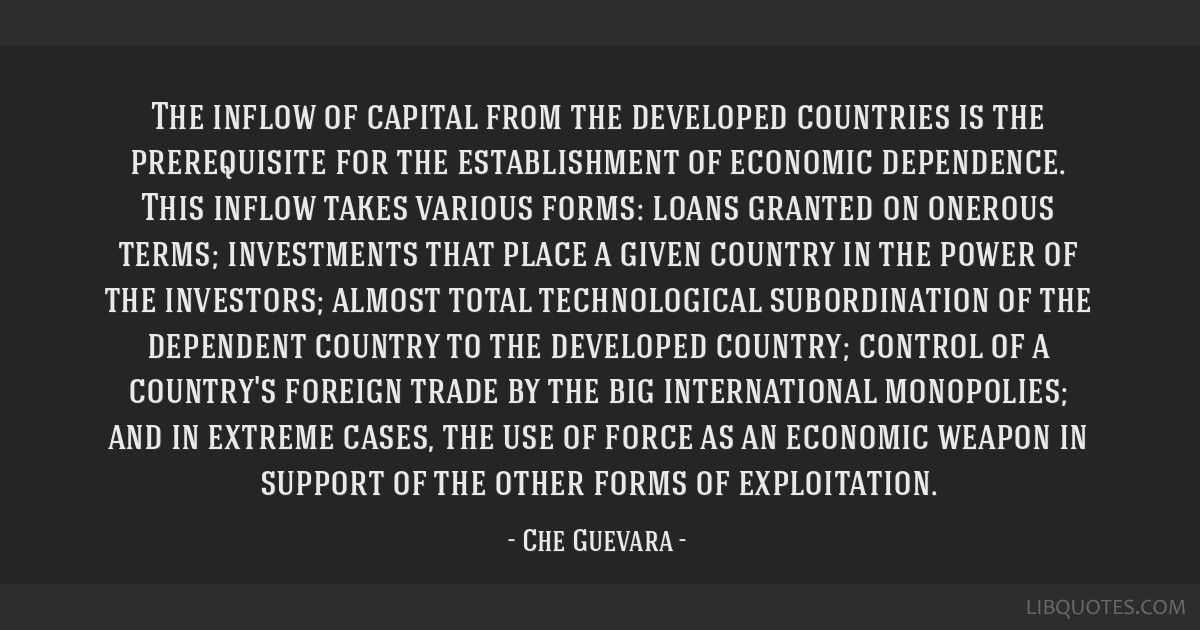 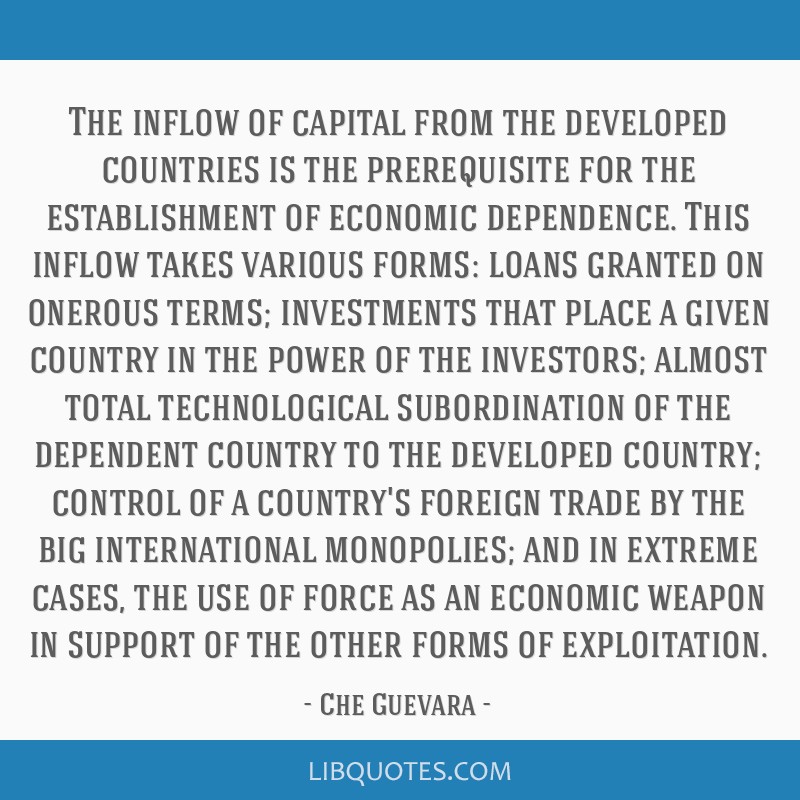 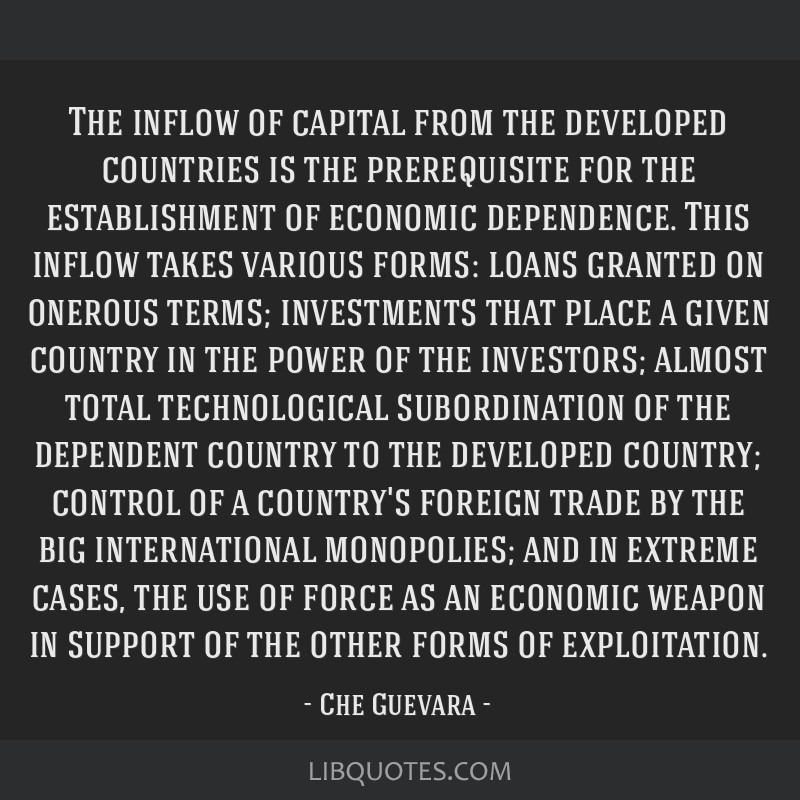