The blacks, those magnificent examples of the African race who have conserved their racial purity by a lack of affinity with washing, have seen their patch invaded by a different kind of slave: The Portuguese. the black is indolent and fanciful, he spends his money on frivolity and drink; the European comes from a tradition of working and saving which follows him to this corner of America and drives him to get ahead. 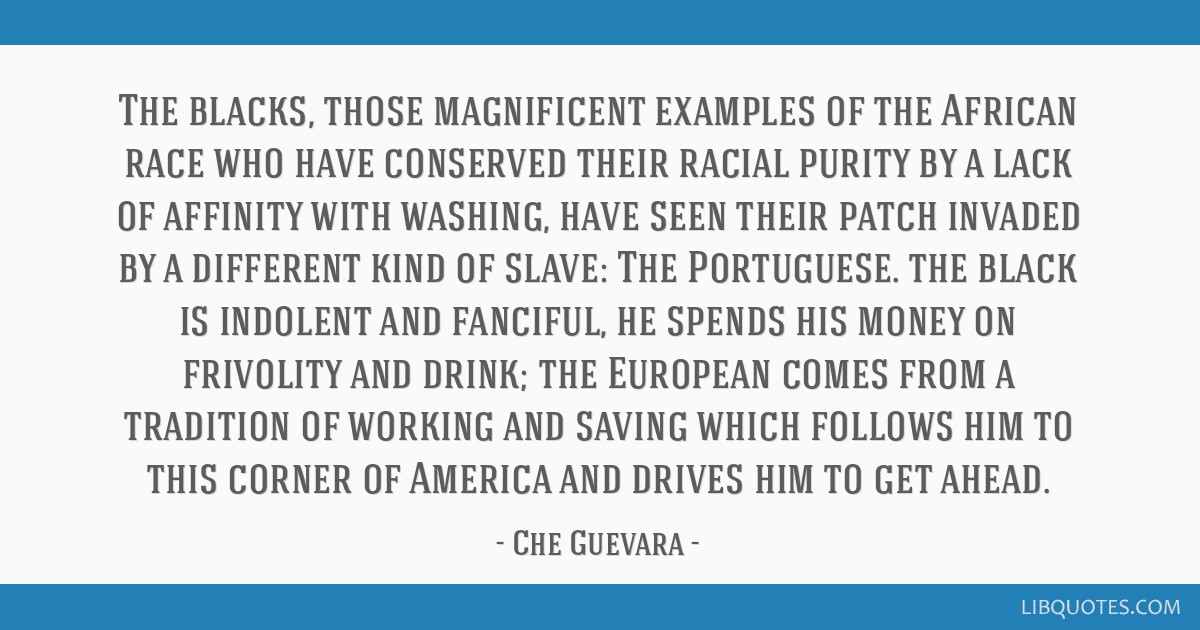 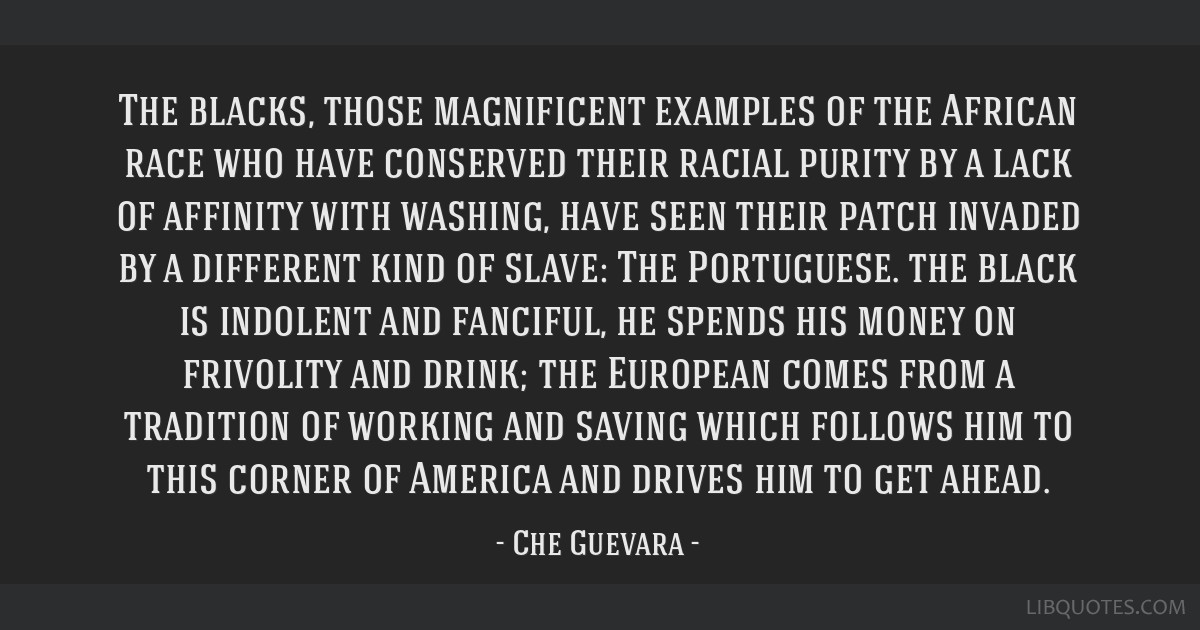 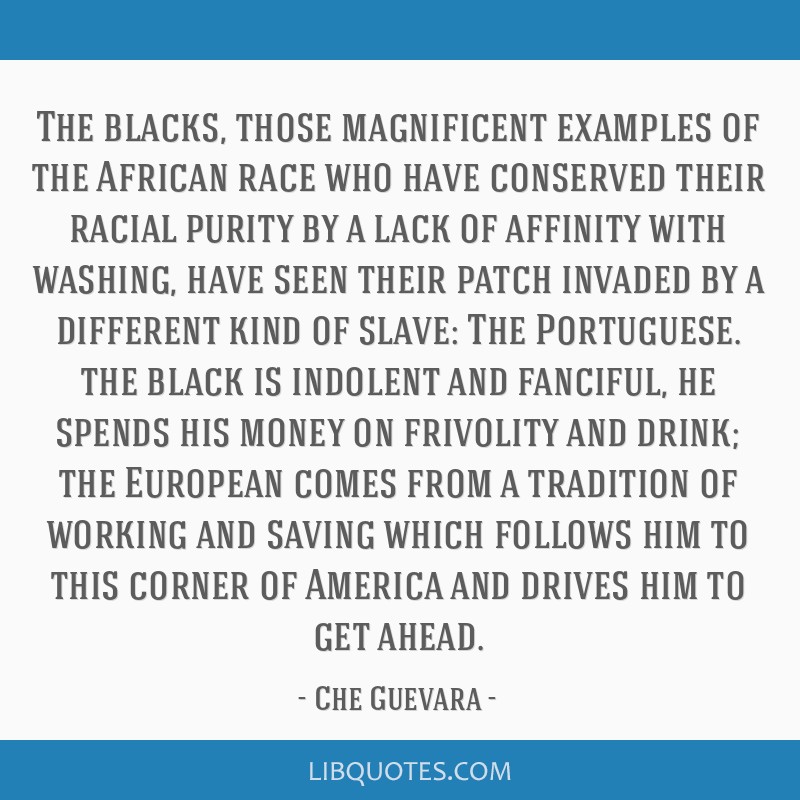 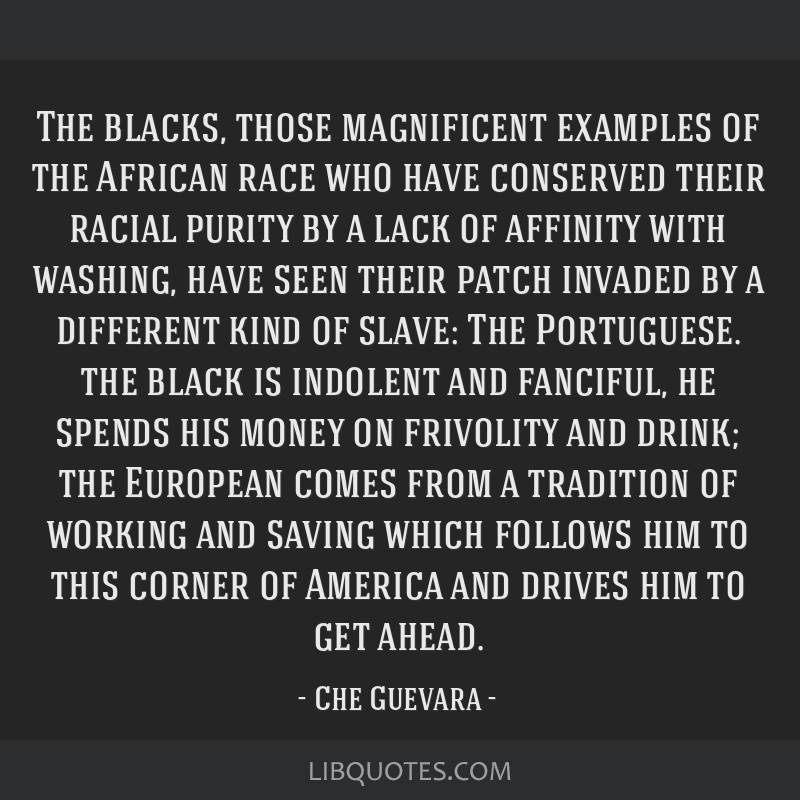