This epic before us is going to be written by the hungry Indian masses, the peasants without land, the exploited workers. It is going to be written by the progressive masses, the honest and brilliant intellectuals, who so greatly abound in our suffering Latin American lands. Struggles of masses and ideas. An epic that will be carried forward by our peoples, mistreated and scorned by imperialism; our people, unreckoned with until today, who are now beginning to shake off their slumber. Imperialism considered us a weak and submissive flock; and now it begins to be terrified of that flock; a gigantic flock of 200 million Latin Americans in whom Yankee monopoly capitalism now sees its gravediggers. 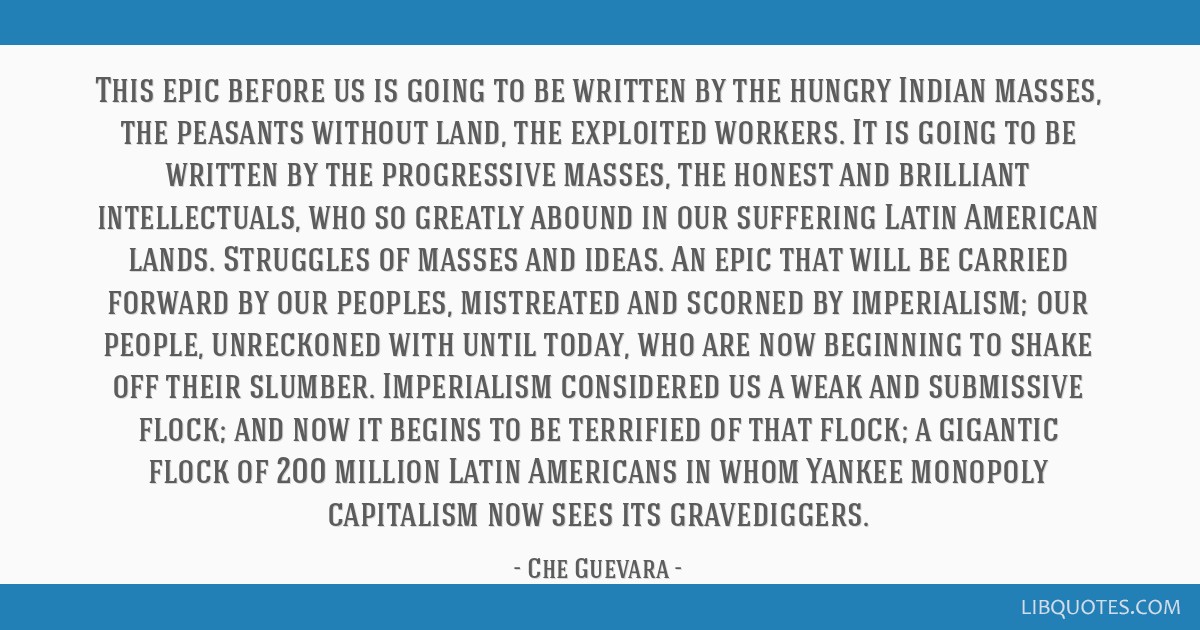 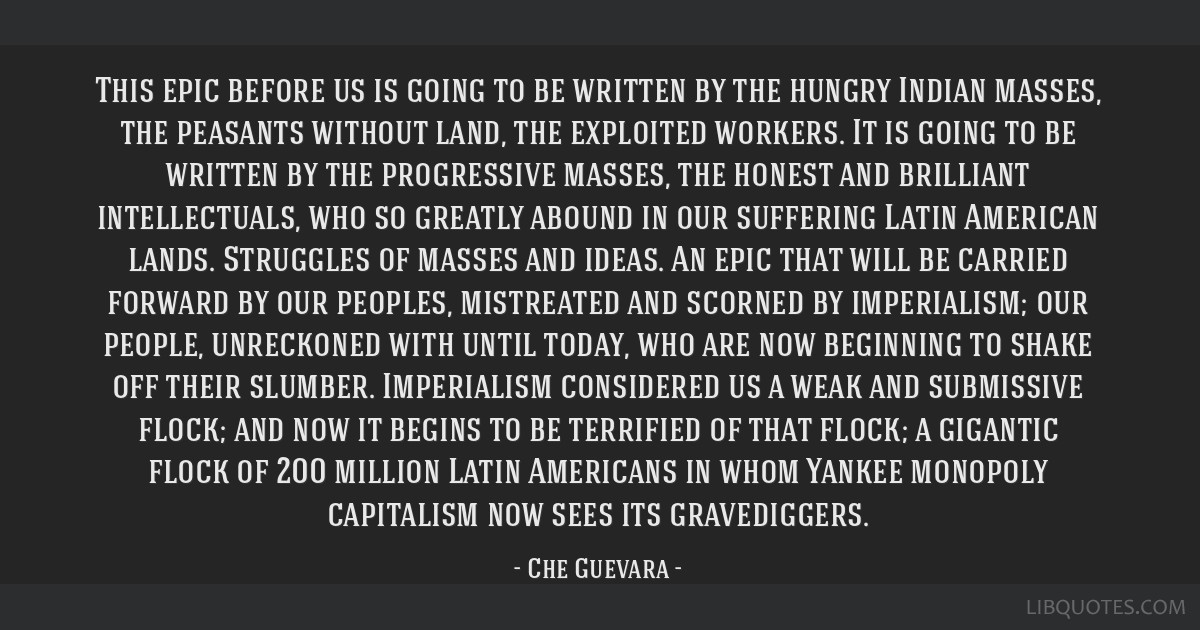 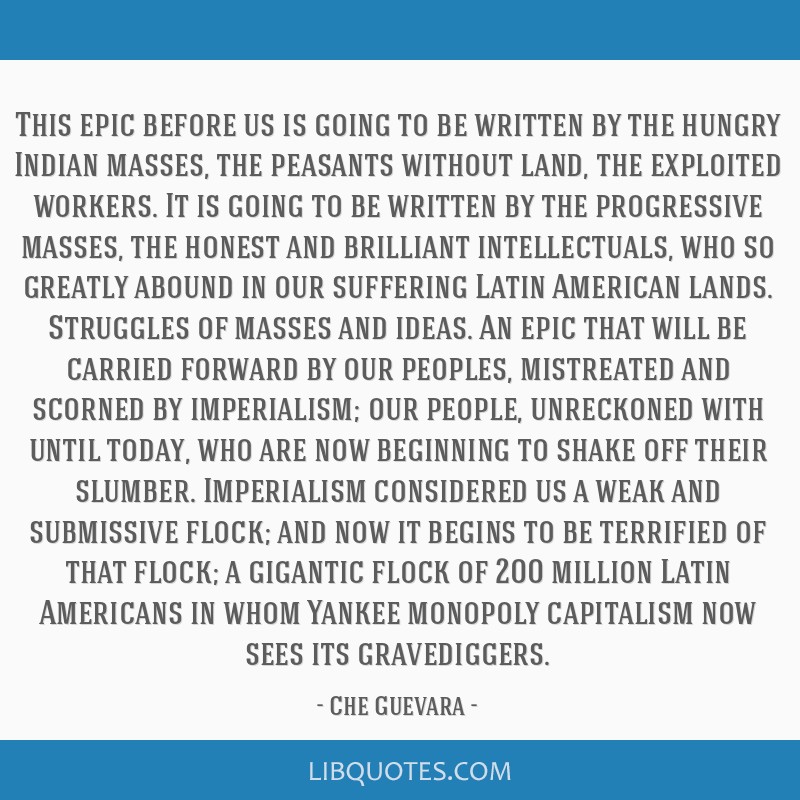 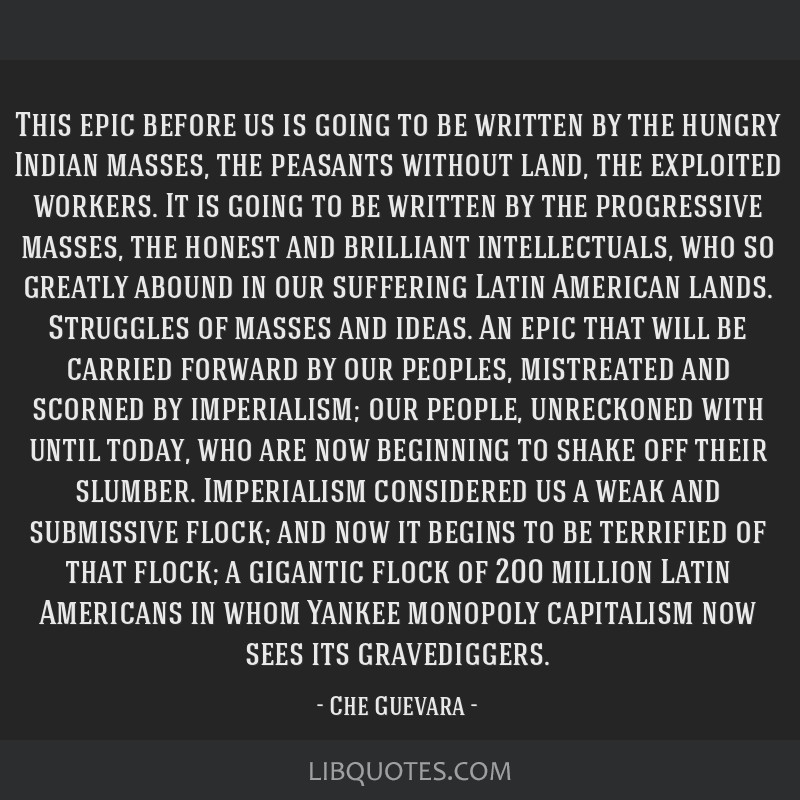