One of the characters of the Senate, and one of the upheavals of the Populist movement was Senator Jeff. Davis, of Arkansas. Davis was loudly, vociferously, and clamorously a friend of the people. Precisely what he did to benefit the people was never very clear, but if we must take his word for it, he was the only friend the people had. Among his efforts to help the people was to denounce big business of all kinds and anything which gave large employment or had great capital. I think that in his own mind the ideal state would have been made of small landowners and an occasional lawyer. He himself was a lawyer. 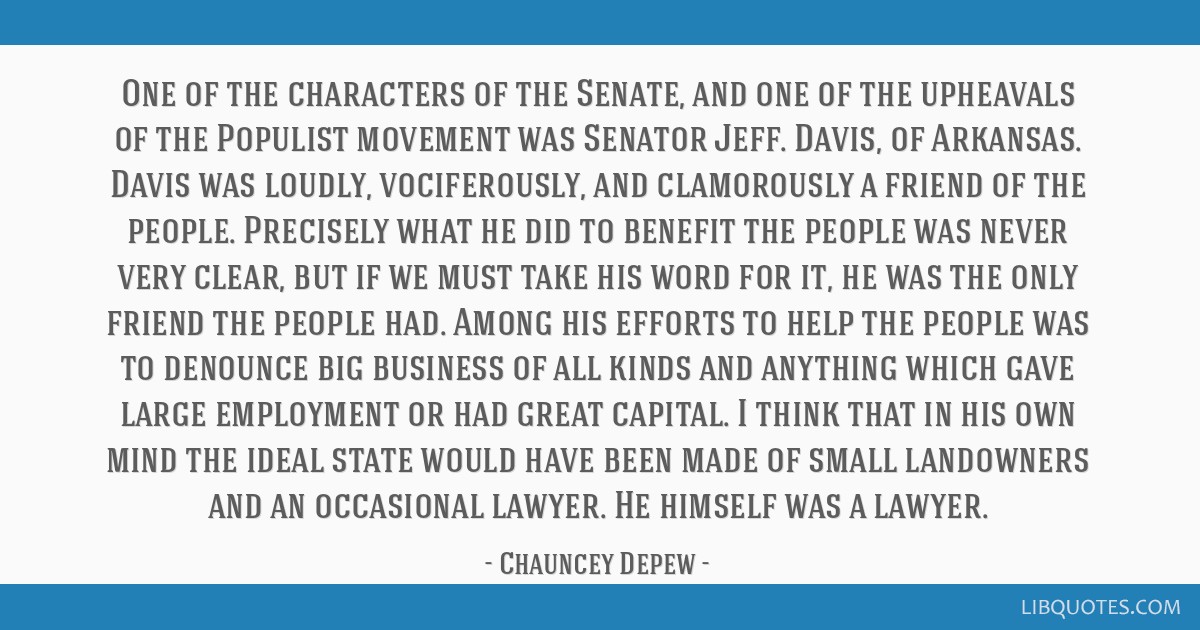 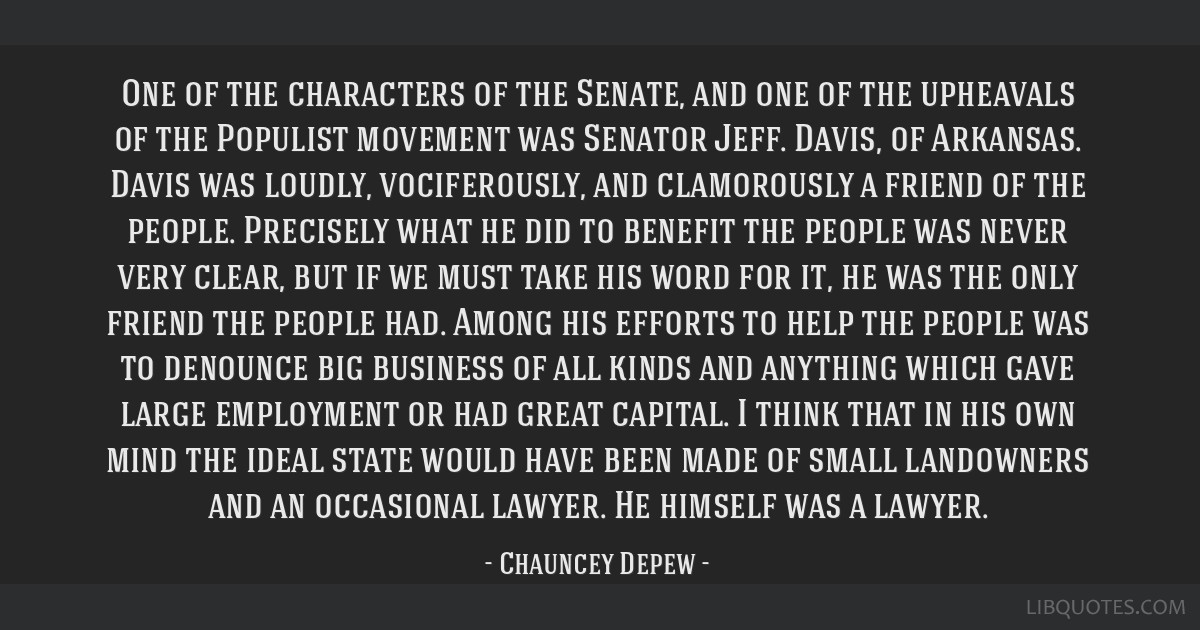 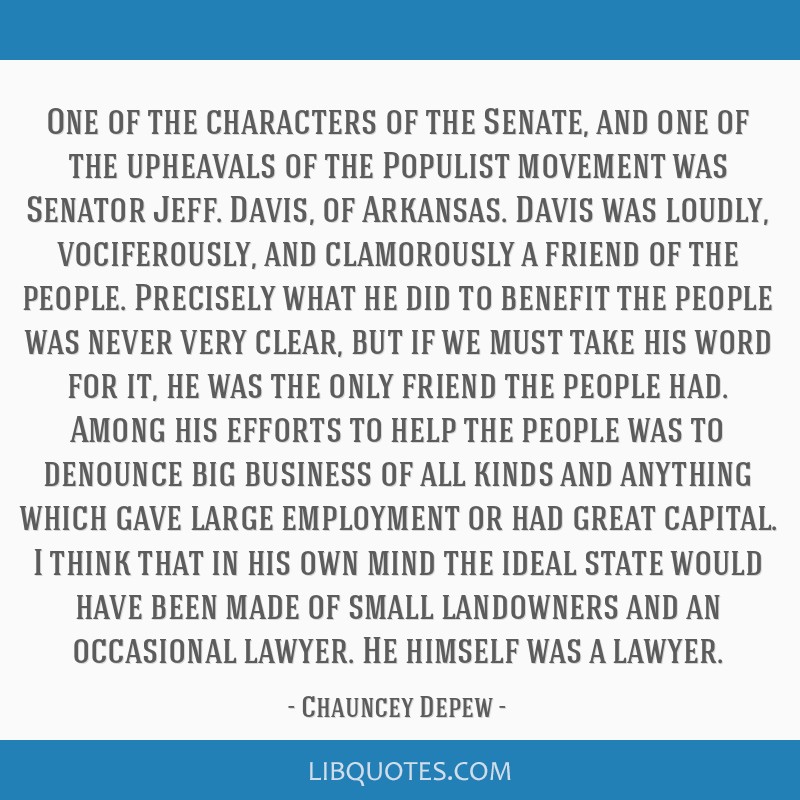 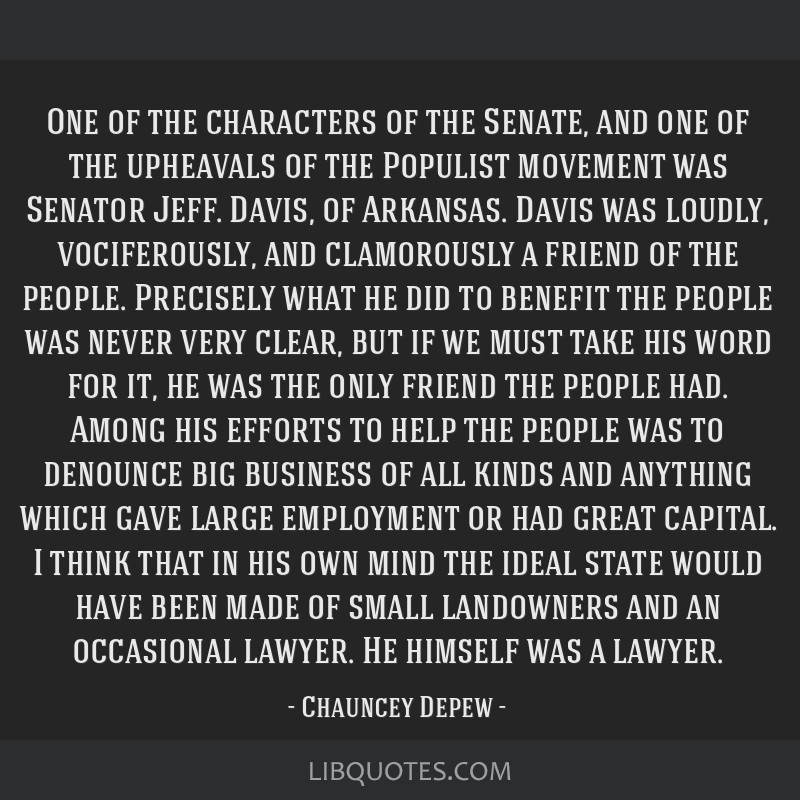 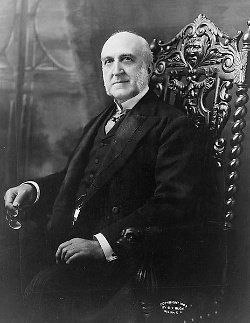