It is an ancient custom, as ancient as the Roman Empire, to idolize those whom we honor, to make them larger than life, to give their marvelous accomplishments a magical and mystical origin. By exalting the accomplishments of Martin Luther King Jr. into a legendary tale that is annually told, we fail to recognize his humanity — his personal and public struggles — that are similar to yours and mine. By idolizing those whom we honor, we fail to realize that we could go and do likewise. 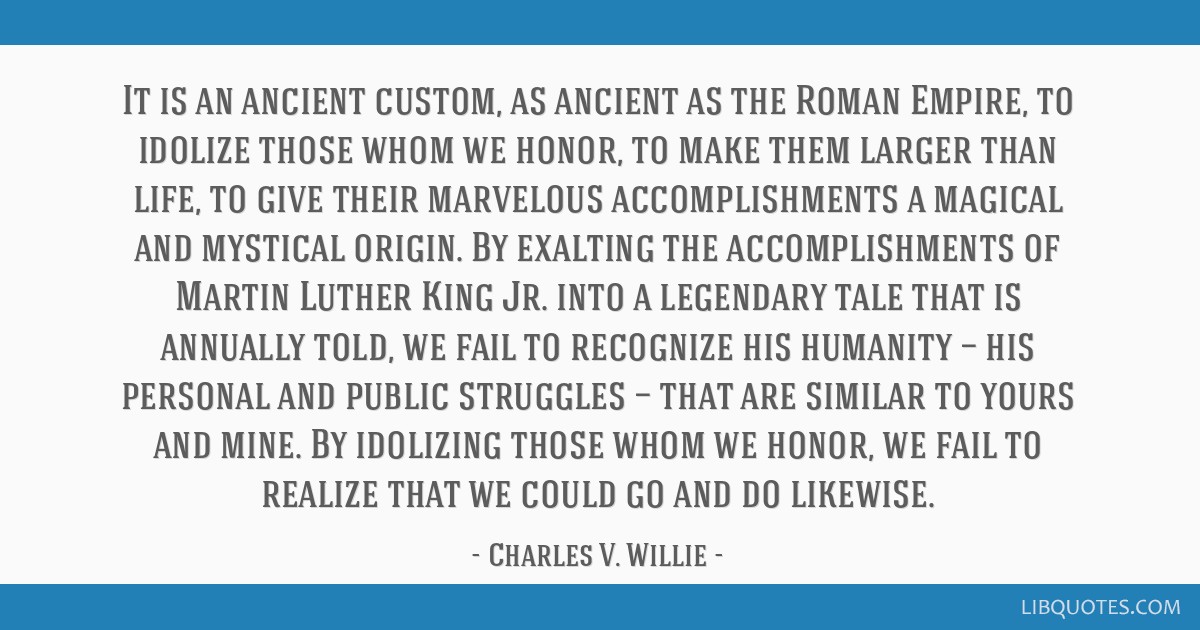 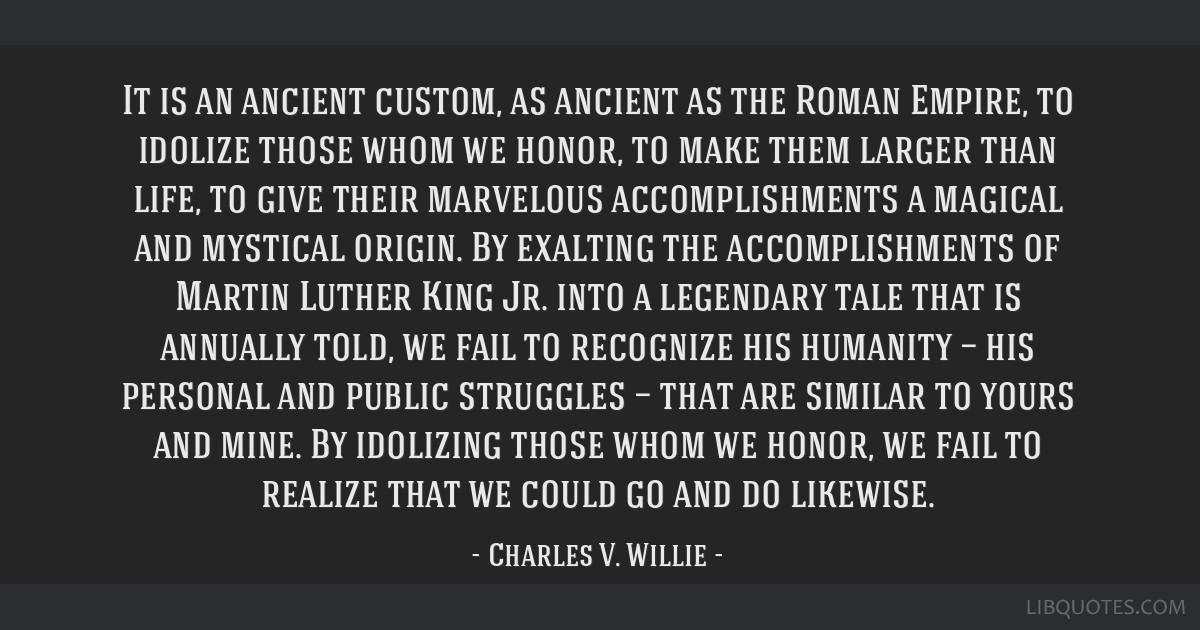 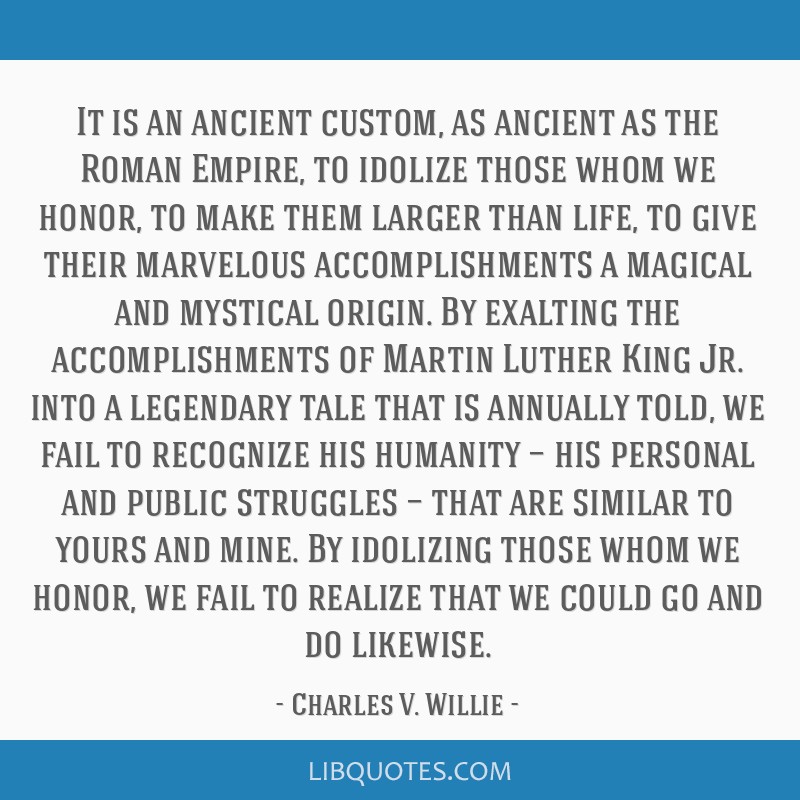 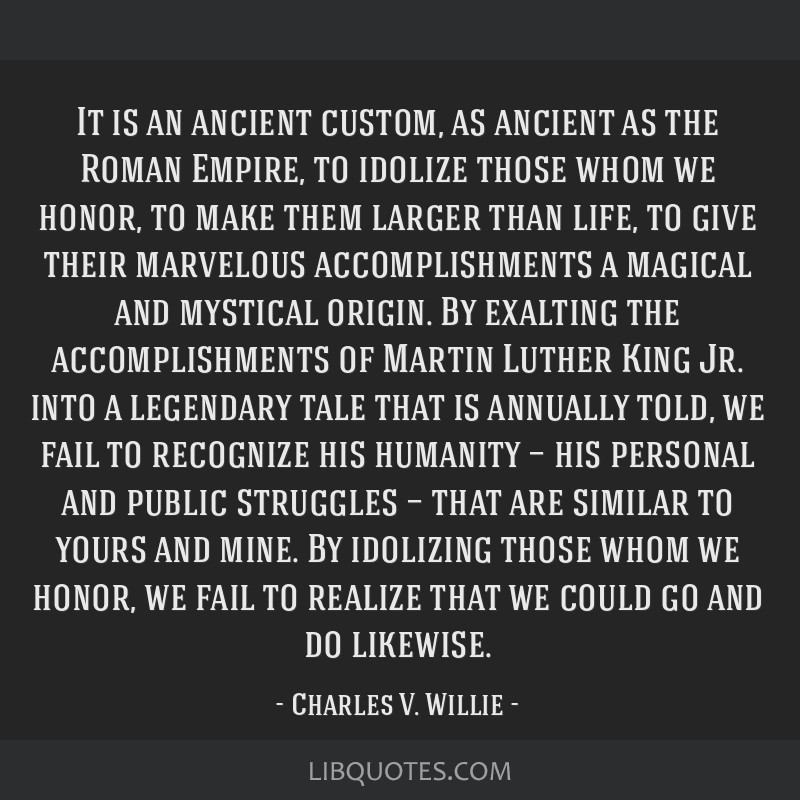