The extraordinary stylistic changes of late eighteenth-century music may have provided much of the inspiration for the literature of the turn of the century, but the literary forms that resulted were deeply eccentric. It was these works—paradoxical, anticlassical, often with startlingly unbalanced proportions—which in turn influenced the music of the generation of composers that followed. The most clearly affected by literature and art were Schumann, Berlioz, and Liszt, but neither Mendelssohn nor Chopin remained untouched by literary developments, like the revival of Celtic and medieval poetry, as the overtures of Mendelssohn and the Ballades of Chopin explicitly demonstrate. 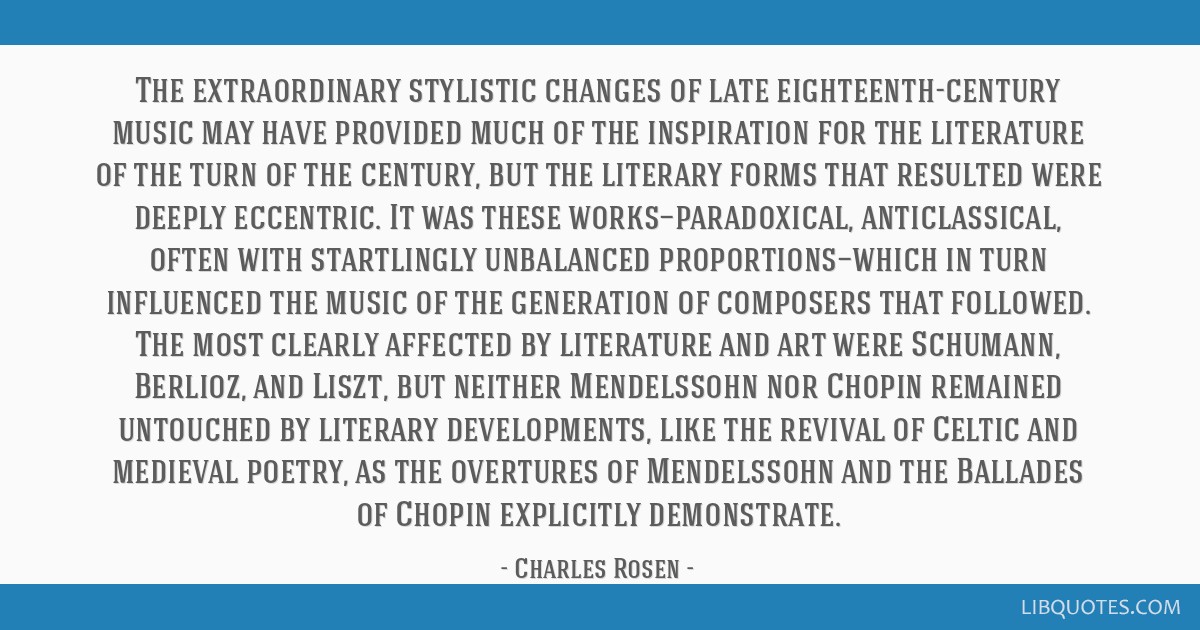 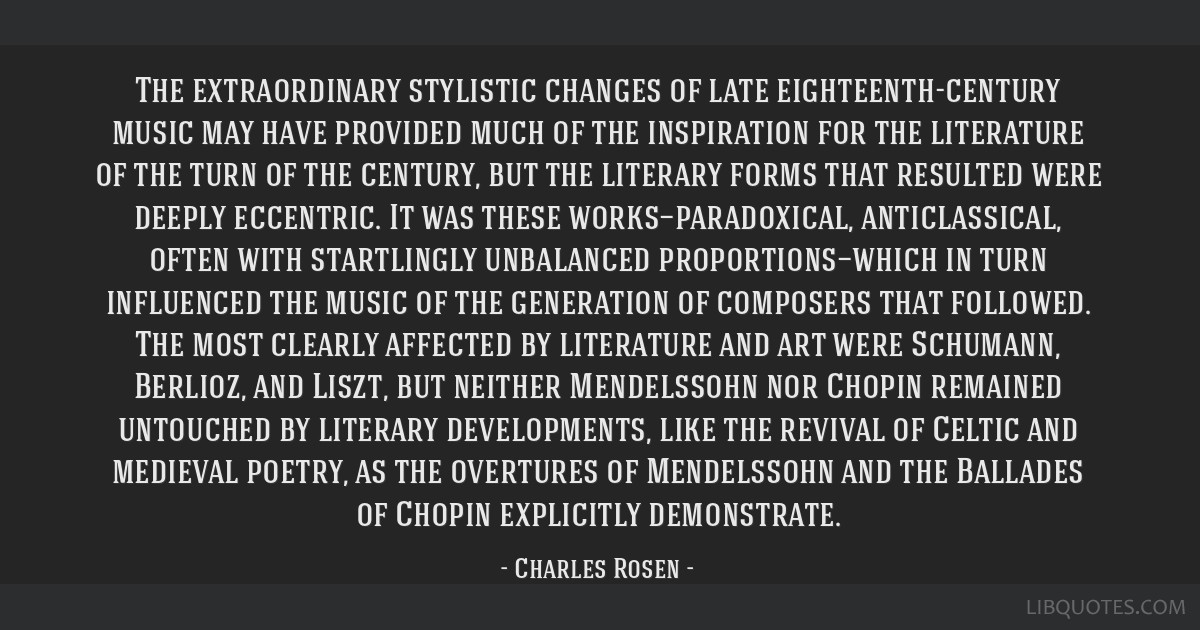 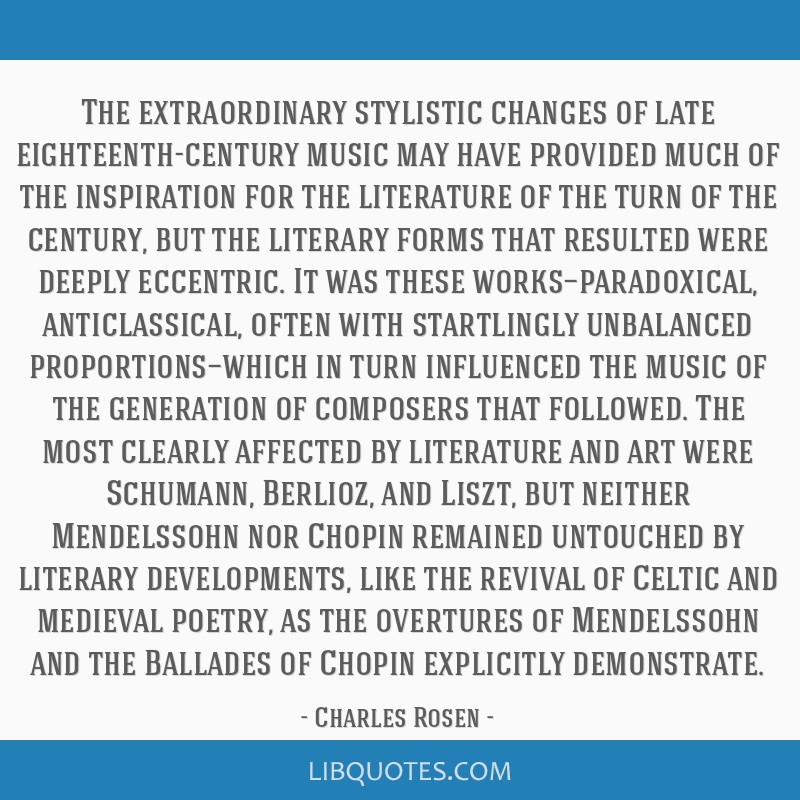 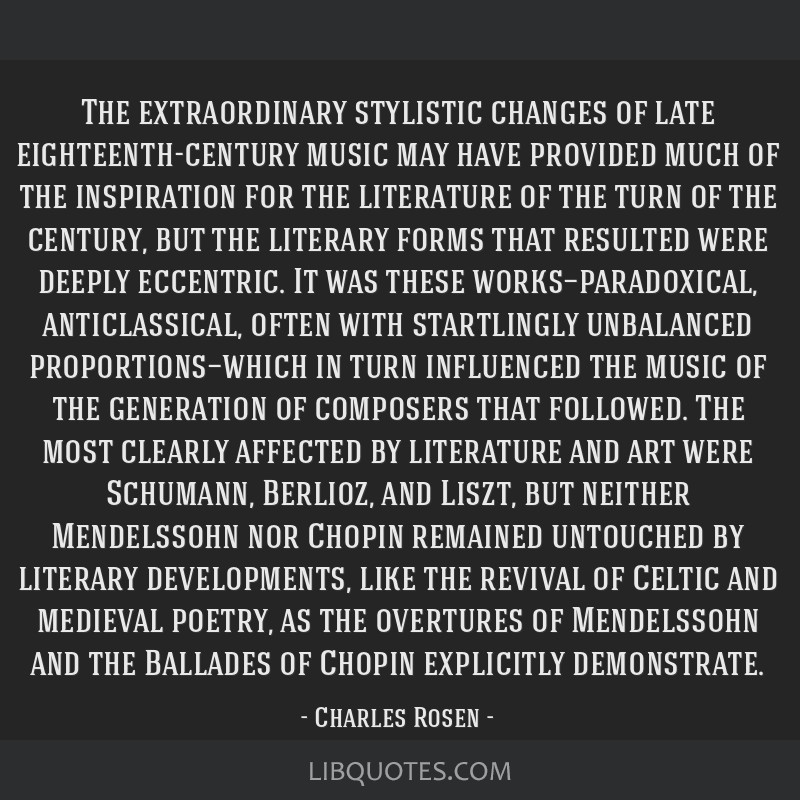