I have never believed that the historian should seek to perpetuate the misapprehensions of the past, and it is true that we understand Beethoven today better than his contemporaries did, better, above all, than the generation that immediately followed him, including his own most important pupil, Karl Czerny. 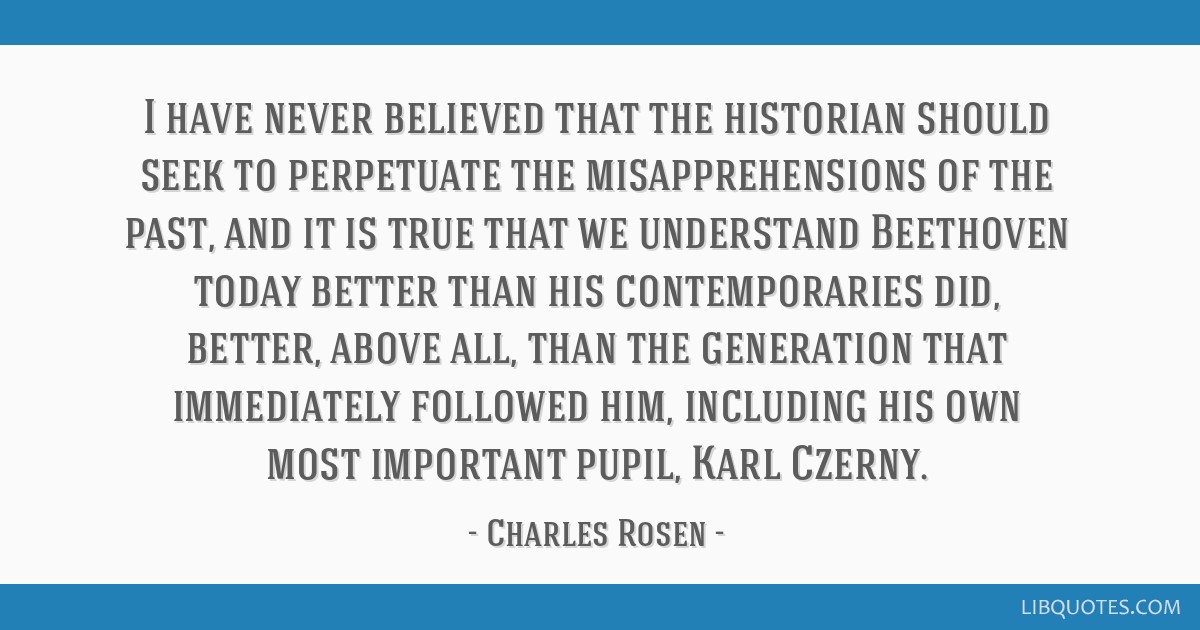 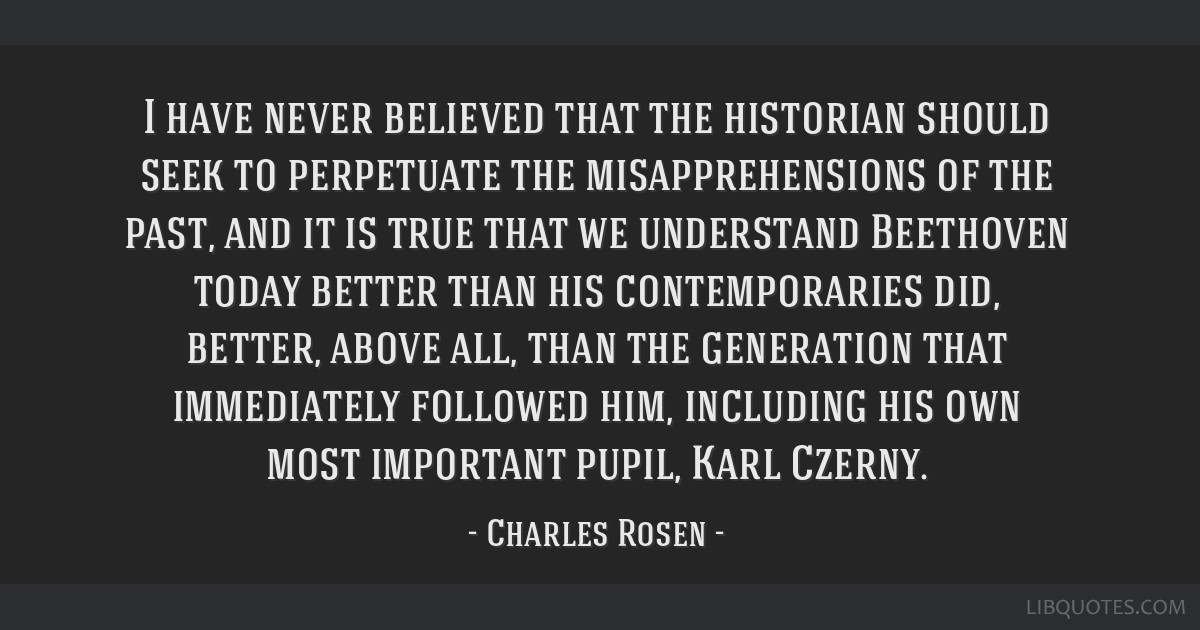 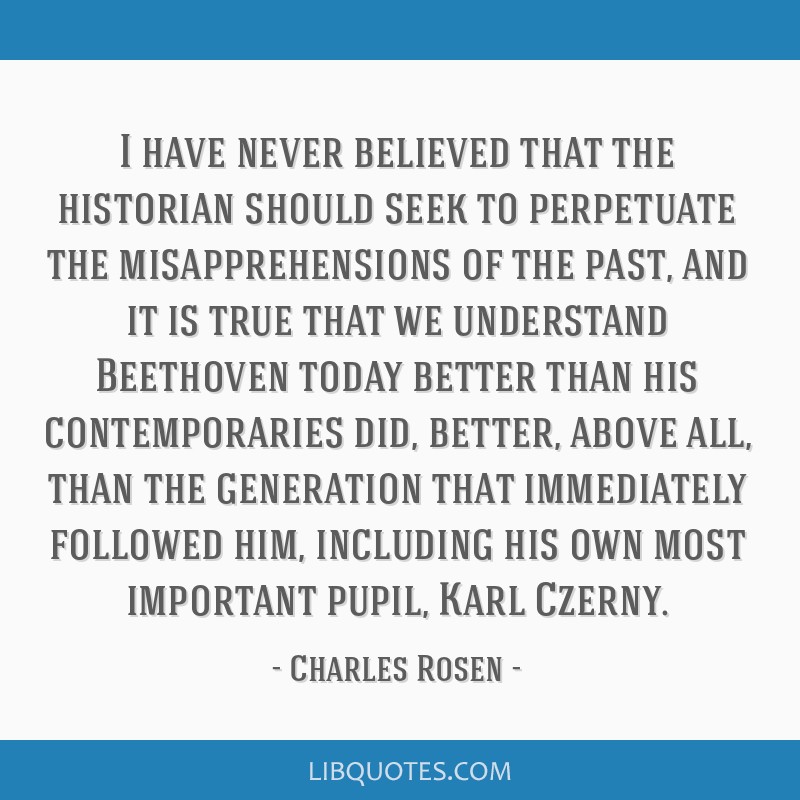 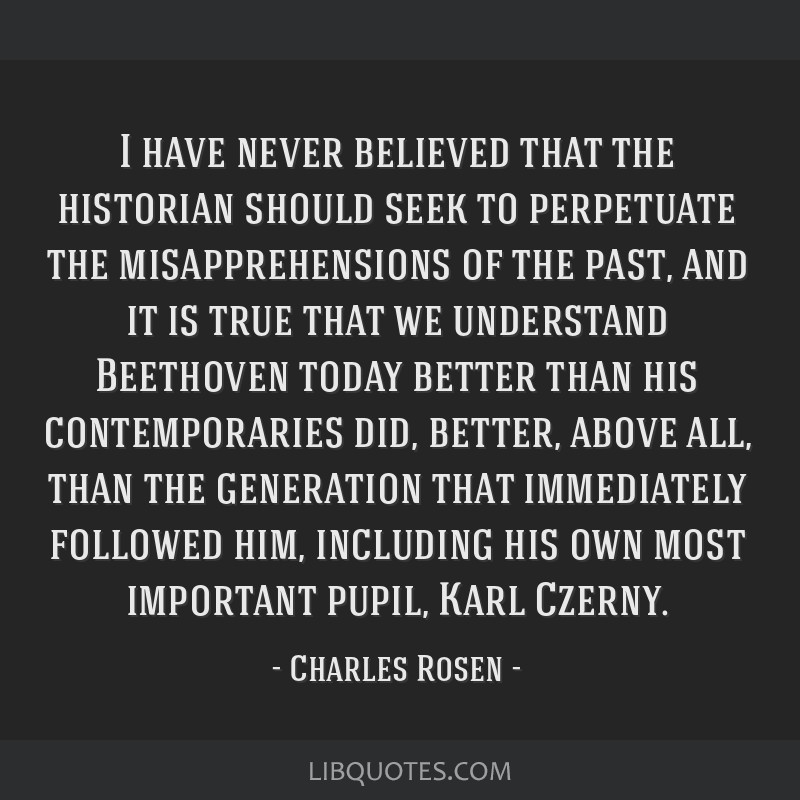