When I was a small child, The New York Times received every new creation of Igor Stravinsky with hostility, but even then I knew, like everybody else, that he was the greatest living composer-and I knew it even without having heard much Stravinsky or even any of the more recent works at all. It is a mistake of music historians to rely too much on journalists and music critics to assess a composer's reputation, as we generally find a certain delay in their transmission of the more influential professional judgments. 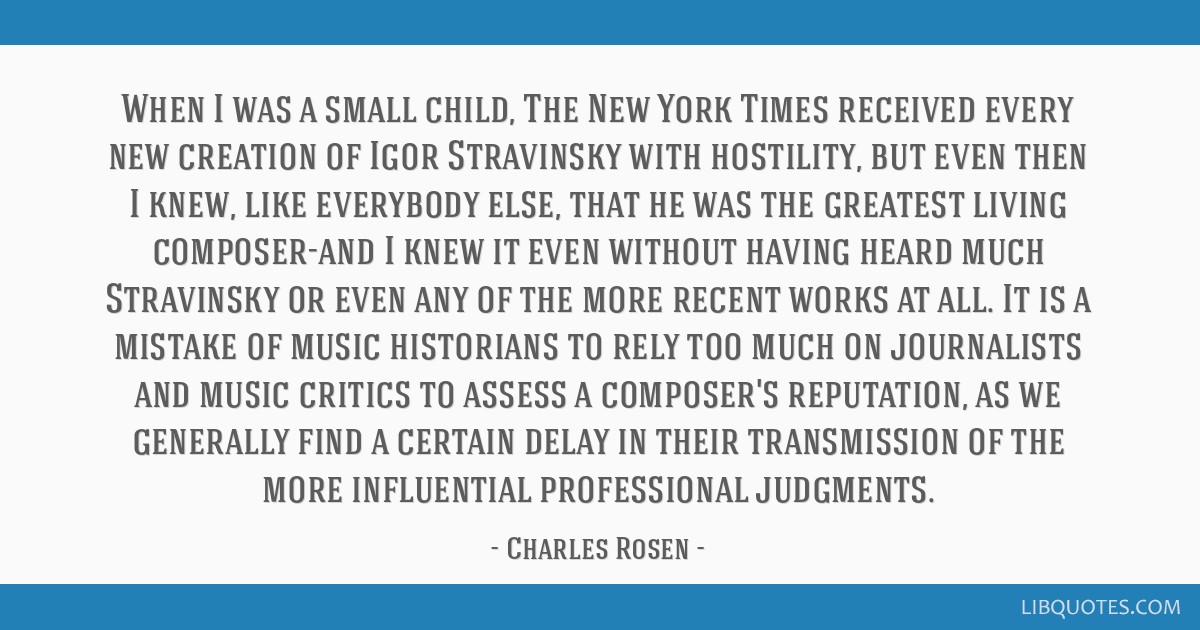 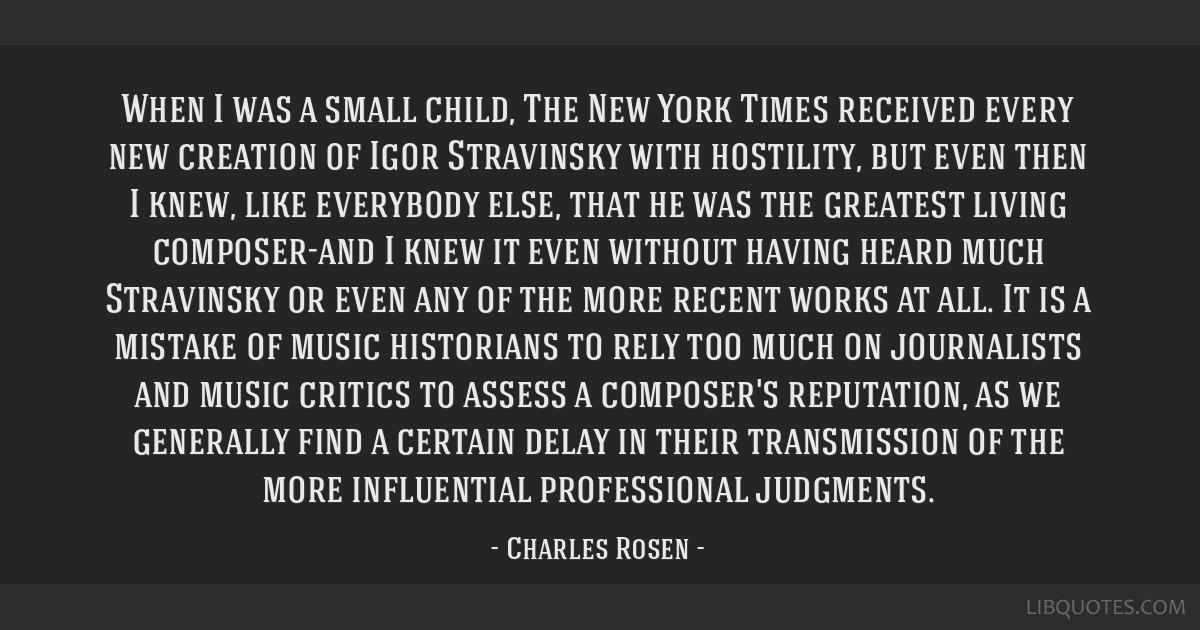 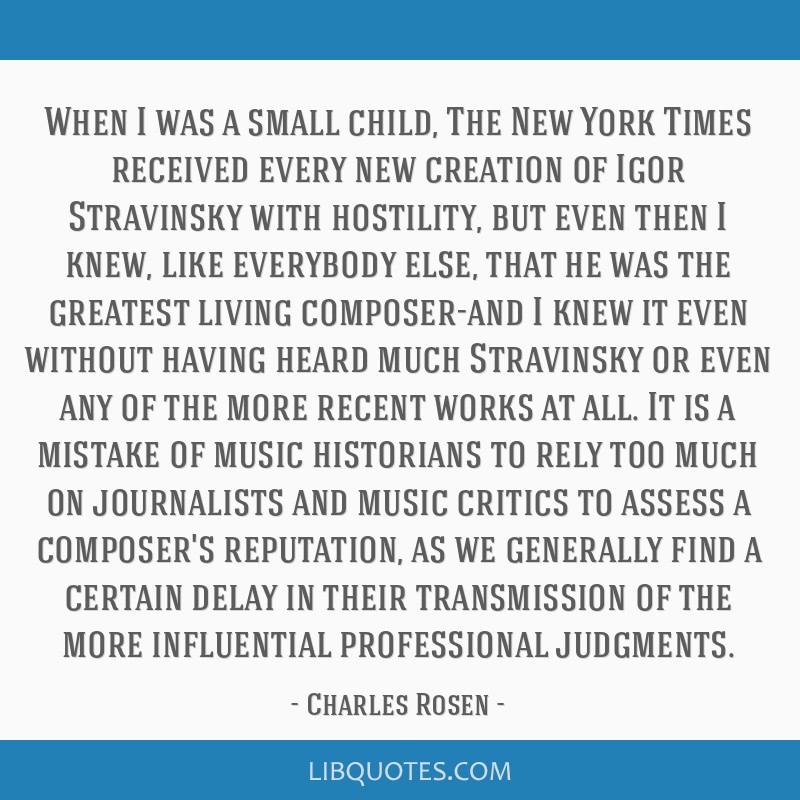 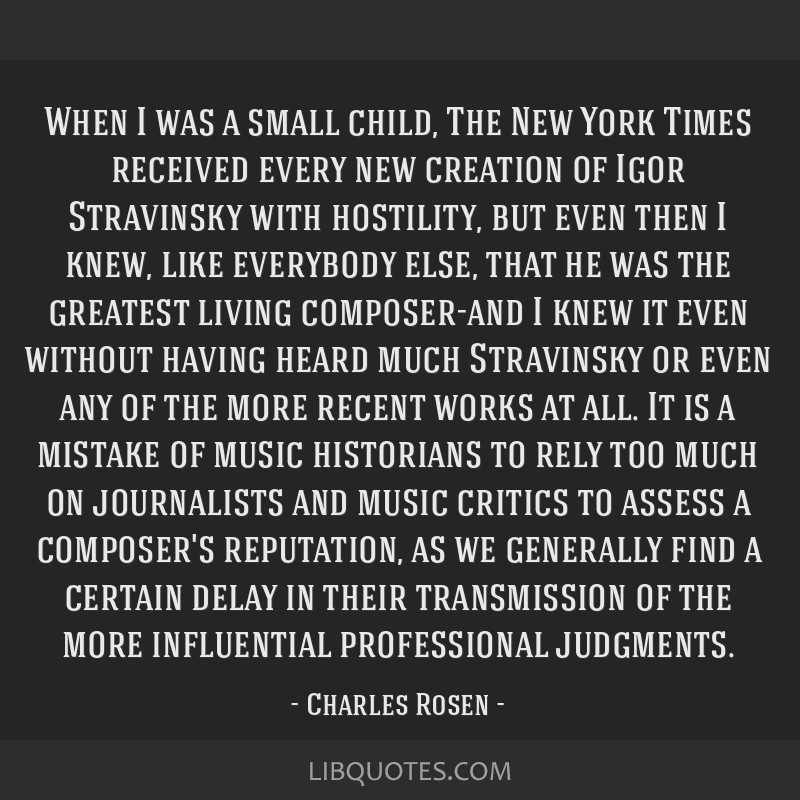