Medieval Islam was a religion of remarkable tolerance for its time, allowing Jews and Christians the right to practise their inherited beliefs, and setting an example which was not, unfortunately, copied for many centuries in the West. The surprise, ladies and gentlemen, is the extent to which Islam has been a part of Europe for so long, first in Spain, then in the Balkans, and the extent to which it has contributed so much towards the civilisation which we all too often think of, wrongly, as entirely Western. Islam is part of our past and our present, in all fields of human endeavour. It has helped to create modern Europe. It is part of our own inheritance, not a thing apart.

Speech on Islam and the West to the Oxford Centre for Islamic Studies, 27 October 1993. 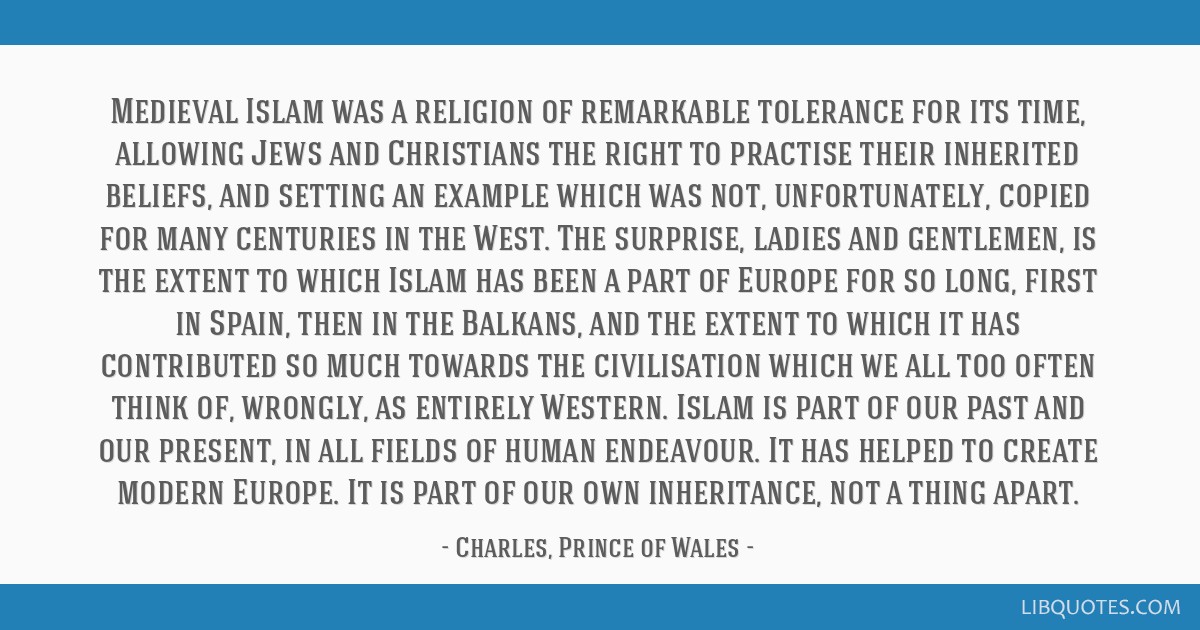 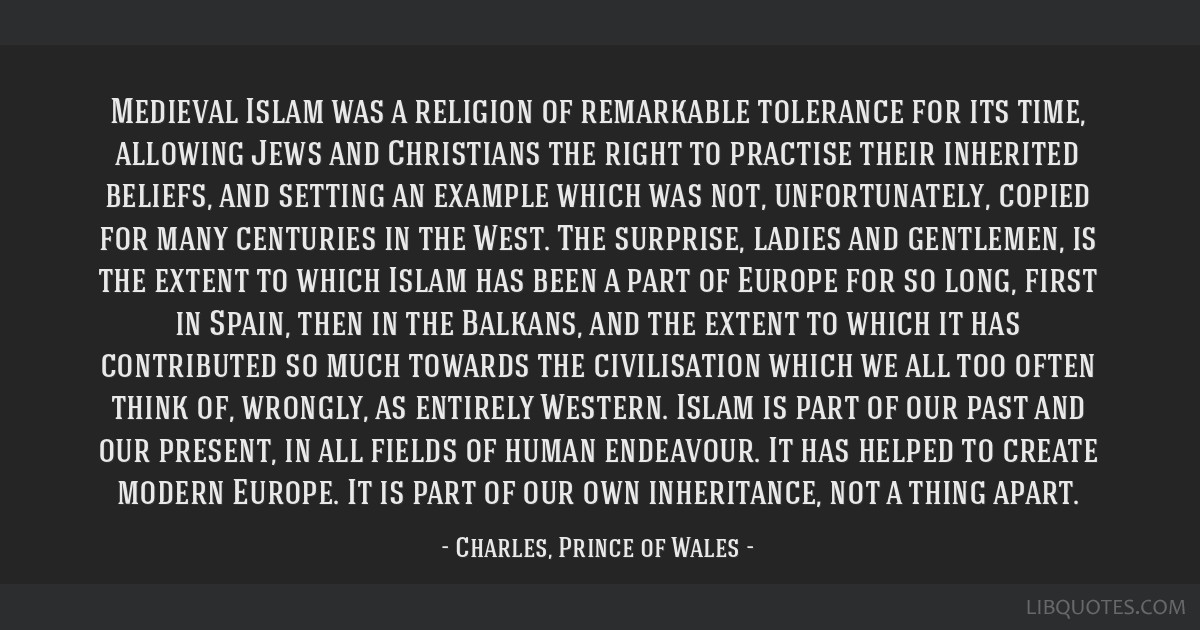 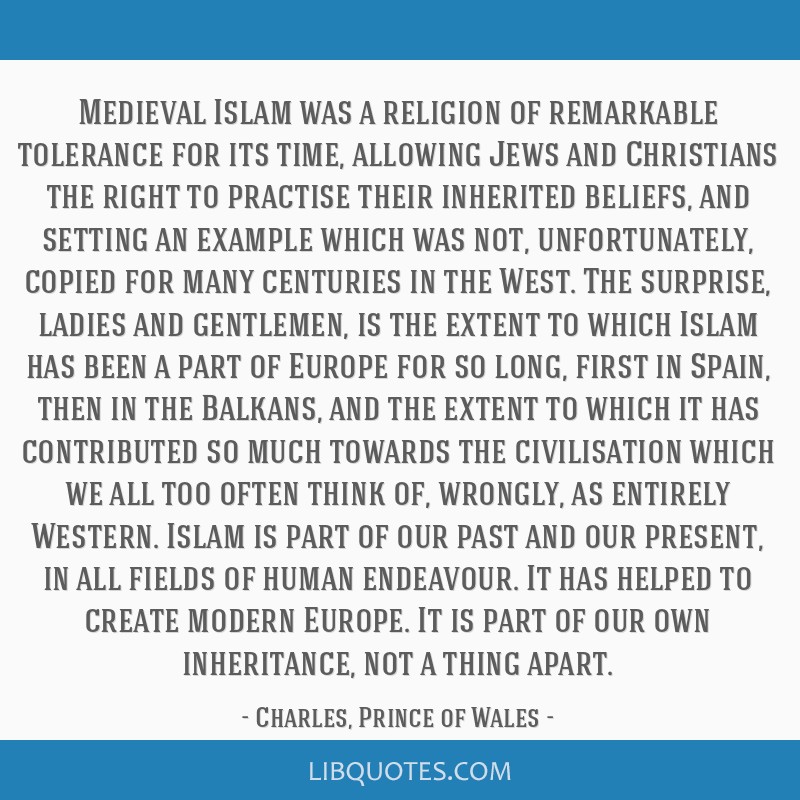 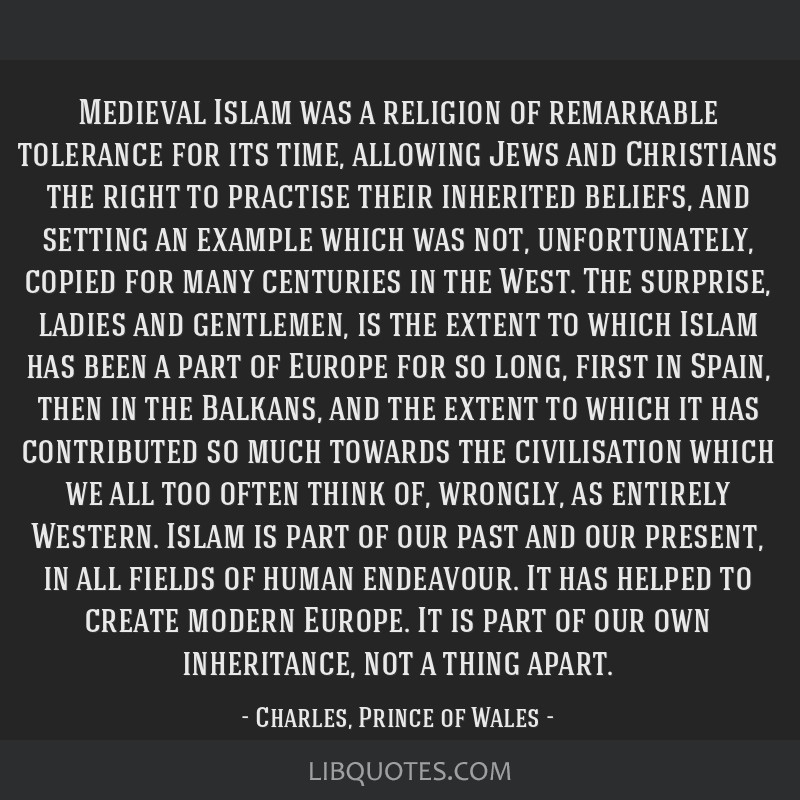