The positions occupied by our troops presented a military situation unique in history. The force, in short, held a line possessing every possible military defect. 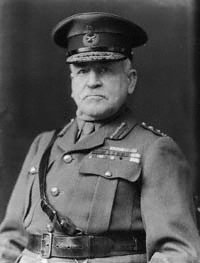 Creative Commons
Born: June 15, 1860
Died: December 7, 1929 (aged 69)
Bio: General Sir Charles Carmichael Monro, 1st Baronet was a British Army general officer during the First World War and Commander-in-Chief, India for the latter part of the conflict. From 1923 to 1929 he served as Governor of Gibraltar.